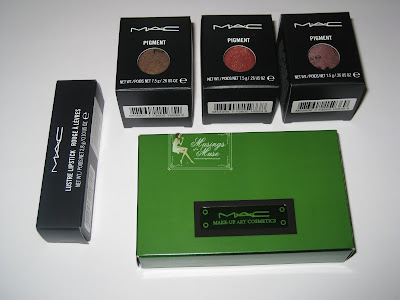 Grrr I’m so peeved with myself! Last night as soon as I got off work I picked up my best mate Jai and we took our fabulous selves off to Nordies to get the low down on the Nordstrom Exclusive MAC Colour Forms Collection (plus see the other exclusive bits and bobs)!

When we got there we headed to the MAC counter first and I was told that the pressed powder was sold out! UGH! I was so disappointed as this was the item I was the most excited about! My MA told me virtually everything was gone aside from two or so each of the new pigment shades, a few palettes, three shades of the highlighters (the rest were gone, gone, gone!) and the brush sets. Can you believe it? Who knew it would go this quickly!!!!!!!

I normally pre-book everything in advance but since I’m always seen these exclusives pop up at my local CCO a few months later at killer deals I was playing it safe by waiting until the date of release but sadly I got turned out in the cold! Can you believe it? The Muse missing out on MAC! Don’t they know who I am?

It’s not all bad as I can get it online but still! Damnit!

On top of that horror story I thought that the new green pigment was a re-promote of “Golders Green” so I skipped it…I got home and realized it’s called Glided Green! Someone shoot me please?

So the Muse is only bringing you part of my haul and the rest will come next week after my order ships from Nordies website!

Jai ended up with zero which is very unlike him as he’s like me and collects all the palettes. He was either suffering from some unknown disease last night or he just wasn’t too thrilled with MAC Color Forms. I can’t blame him too much as it really wasn’t too much to get excited about.

Do not get me wrong. There are some sincerely beautiful things in this collection but I just felt a little tiny bit meh about it. I ended up hauling one palette (very unlike me), one lipstick, and three piggies! $126 USD later I left swinging my bag and humming a happy tune!

Again, very unlike me but I only picked up one of the two palettes. I’d normally grab both but the Cool Eye palette was just blah. Not great colors at all! However, the Warm Eye palette was simply divine and well worth grabbing. It’s a perfect selection of great Fall colors plus it’s a design I haven’t personally seen from MAC before so that alone makes it unique!

The compact design is pretty much identical to last year’s Novel Twist. It’s a solid rectangle box with a flip lid, magnetic closure, and fabric cover. Aside from it’s bright green material cover it’s virtually the same exact compact style as last year’s design. Unlike last year’s five shadow line up this is a tiny bit different. Yes, it does contain five shadow shades but instead of a straight line placement they now have three shadows facing the standard upwards position and two shades that are laying on the side.

It’s an interesting set up for the palette and as I said I’ve never seen MAC do a palette like this. They choose to make the two shadows on the left hand side bigger sizes or at least they look bigger to me. The two lightest shades that you’d use as a base and highlighter are the shades that they give you more of (or it appears to be more but it could be just the set up!). 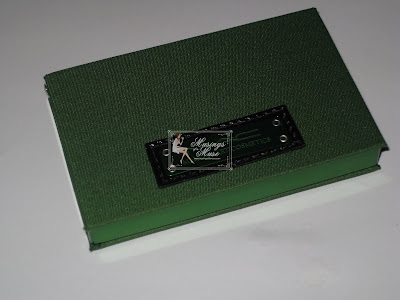 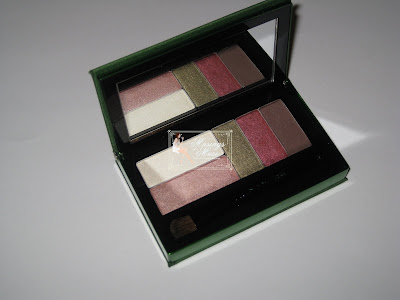 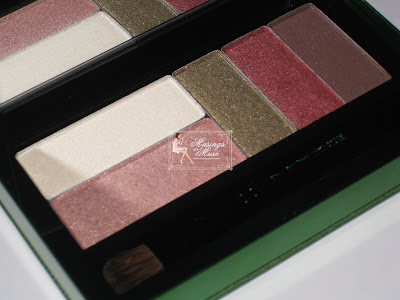 The color selection is pretty much a very nice array of Fall colors. Granted it’s probably very similar to past MAC palettes but I really like it anyway. I might be bias because I just enjoy MAC palettes but this seems really pretty to me. 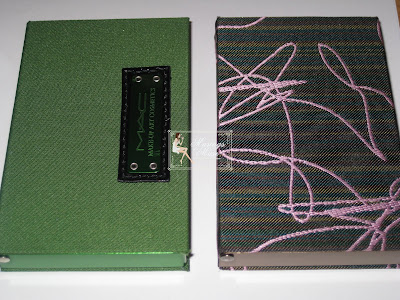 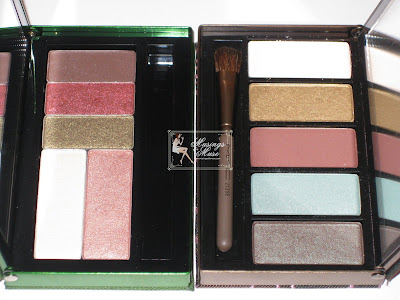 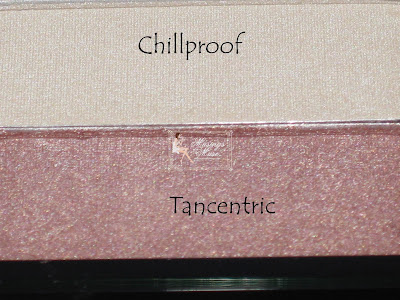 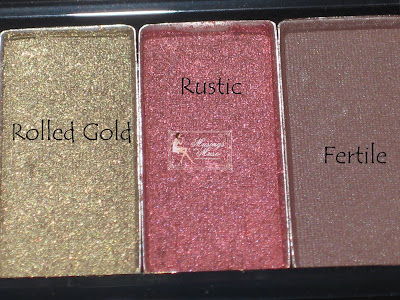 Personally I like the palette and I think it’s worth picking up! It has a nice healthy array of Fall colors plus if you’re a collector you’re going to want one!

The lipsticks released with MAC Colour Forms are unique and again, not something I have seen from MAC prior to this. They contain a lip color that surrounds a core pearl finished core. Let me tell you it looks really pretty but it does nothing. The color I selected was Rose Go Around and it’s a gorgeous maroon red while the inside houses a peachy, gold shimmering core. It’s lovely, truly it is but that core doesn’t really do much that I see? Once I apply I just get beautiful, pigmented off red lips. I’m not really noticing any gold shimmer to my lips….I’m not even noticing that the lipstick applies easier or has some sort of moisturizing benefits due to the new core. Nada. Very nice to look at and definately worth picking up as the shades available are very nice but don’t get it because you’re thinking that the core will give your lips a slick look. That’s not the case, it applies as any other MAC lipstick would. 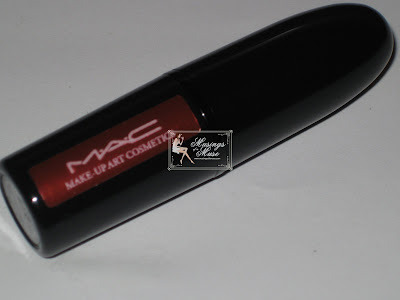 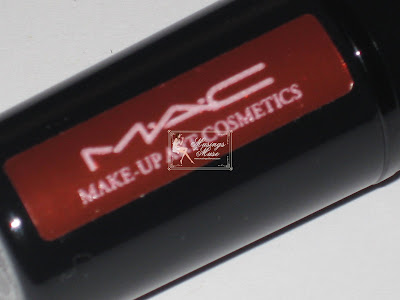 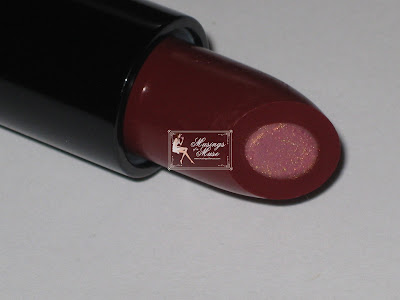 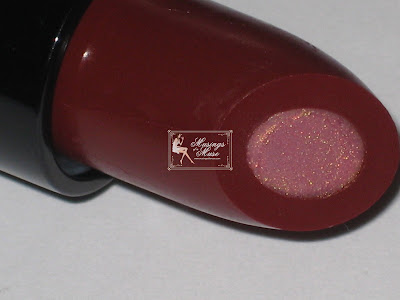 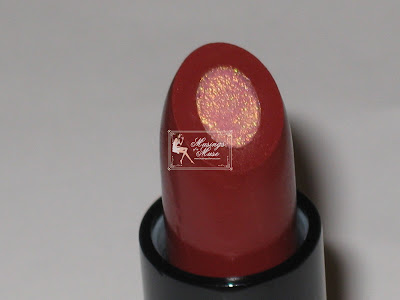 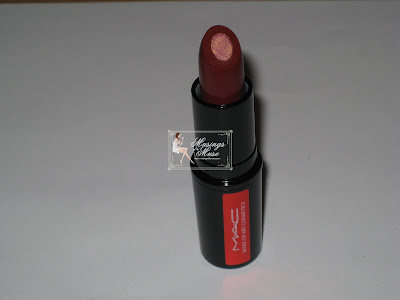 And finally, something I think everyone always gets excited about, the piggies! It’s always very exciting when MAC does some new pigments. It’s not something they do often and I think it makes everyone very happy when they do release new shades! I had two of the shades already so I ended up with three total and a fourth that I thought I had as I mentioned but didn’t get. Damnit! Review for that one later.

Repromotes are Steel Blue and Jardin Aires. Steel Blue shouldn’t even be a repromote actually..I believe Pro sales it or at the very least MAC’s website carries it or stores. Unsure but it’s definately available around somewhere! Jardin Aires was released with a collection that the name escapes me at the moment but it’s a color you’ll definately want to grab up if you missed it the first time around. It’s a creamy beige, peachy shade!

Now new colors that have never been released prior to Colour Forms are Royal Flush, Tea Time, and Circa Plum. Get all three if you have the spare cash as they are very nice shades for Fall. They aren’t very Muse-like but they are very pretty especially Royal Flush which is kinda like a lighter shade of MAC Cranberry in pigment form! Cool! 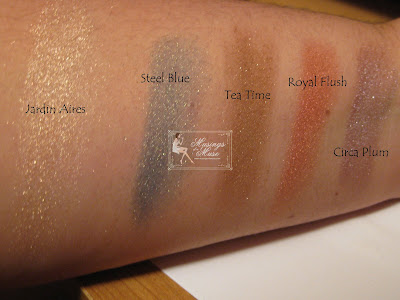 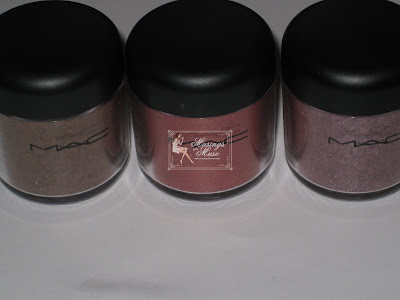 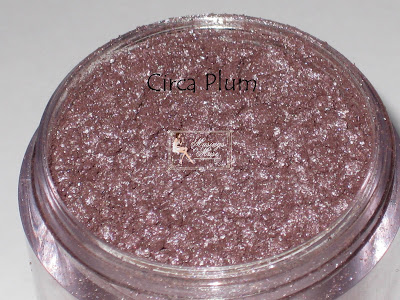 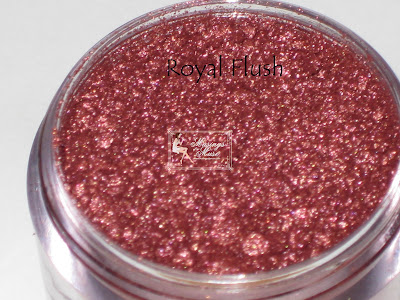 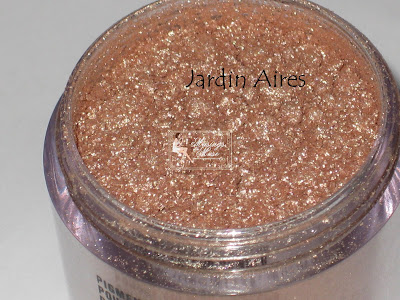 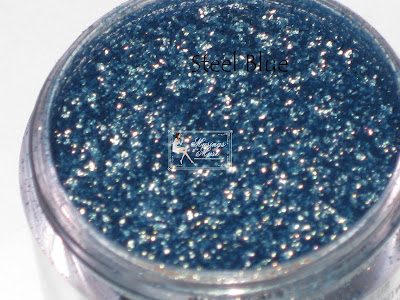 I guess that’s pretty much it! All in all it’s a pretty nice selection of items from MAC. I’m not really jumping around doing cartwheels over it but I think it’s worth checking out for yourself because there are a few items in the collection that you might want to see, swatch, or buy! And as always I highly recommend the brush sets, these are such a killer deal and it works out to like $10 USD per a brush if you do indulge! Good one!

Head on into Nordstrom to check out MAC Colour Forms for yourself or click on over to Nordies site and see it for yourself!

Expect a review of the highlighter/blush powders and Glided Green pigment shortly!

Here’s a simple Face of the Day using MAC Colour Forms Warm Eye Palette. I used Chillproof as a highlighter, Tancentric all over the and creaase, Rustic on the crease and V, and finished off with Rolled Gold on the lower lash line. On my lips I’m wearing the MAC Color Forms Lipstick in Rose Go Around. 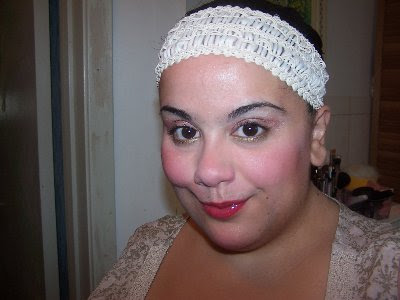 What did you haul?

Get your MAC cravings filled by clicking through past posts!

Check out what I hauled from Nordstrom’s Exclusive MAC Collection Novel Twist from last year!