Ahh the Glinda Palette! Glinda is one of two new Urban Decay Oz inspired palettes that the brand recently launched in collaboration with the Disney film, Oz the Great and Powerful.

I recently reviewed the Theodora Palette for you and must say she’s more my speed. I love the Glinda palette but she’s a more lighter variation which will work well on paler skin tones or those with fairer hair and eyes.

I must admit visually Glinda is the more appealing palette to my eyes. As much as I love nudes there is something so very pretty and delicate about Glinda’s shades. I don’t like to limit anyone from wearing any shades…I’m not the type of person that believes certain shades are meant for certain skin types but in this instance I felt like Theodora was the better option for me as Glinda’s paler more pastel colors just drown me out a bit. Le sigh! On the upside, there are some gorgeous colors here that are an absolute treat to behold.

This is a $49 palette and includes six full size shadows two of which are split down the middle as a duo of sorts. I mentioned in the Theodora review that I felt these new duo eyeshadows might be a little preview to what Urban Decay will do for Summer 2013. What do you think? Although not nearly as large as the pop up palettes that Urban Decay has released in the past there is still a value to be had here as the value is well over $100. I find the Build Your Own Palette interface refreshing as it travels easily and allows you to customize your colors by popping in other eyeshadows or buying six new ones after you’ve used the shades it came with.

Urban Decay has always had a very pleasing eyeshadow formula. It’s been one of my favorite formulas since I started getting into mid-range and higher end makeup and that’s going back over 10 years ago. The newly revamped formula is even nicer than ever with a creamy, velvety texture that’s extremely saturated with pigment, easy to blend, and simply stunning all around. Unlike Theodora I had issues with some of Glinda’s shades as there was a SLEW of micro glitter in some of these colors. It’s fall out city and gets just about everywhere…face, cheeks, eyes, even my neck! Thankfully all the shades aren’t like this but the worst offender is Oz. I had a hard time getting Glinda’s more nude look as you see on Michelle in the promo images. I used Magic on my lid and Tornado in my crease with Auru as a highlighter of sorts. My look is messy and muddy unfortunately, I just had a hard time working with the lighter colors but that’s my skills, nothing to do with the formula.

You also get a Super Saturated High Gloss Lip Color in Glinda which is a rather lovely MLBB rosy beige shade. This isn’t as pigmented as Theodora’s pencil and has a little less glossiness for the finish and a tad more dryness. And finally Rockstar 24/7 Eyeliner is also included with the palette. This has a creamy texture like all 24/7 Eyeliners with a buttery formula that applies without skipping or tugging. Overall, Glinda didn’t work for me color wise but her quality is there as well as her value. The main issue here is a bit of micro glitter fall out joy you’ll have to deal with but outside of that the overall palette has some beautiful colors that don’t look particularly great on me but will definitely be suitable for someone else I’m sure! 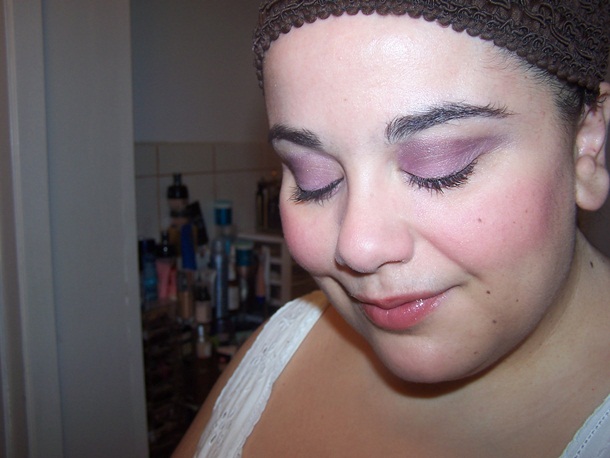 I guess it’s a official I’m more a Theodora!

The Urban Decay Oz Palettes are available now at Sephora.com, Ulta.com, and UrbanDecay.com