Several weeks ago Etude House Wonder Fun Park for Spring 2017 was released in Korea! I actually failed to blog it because I was busy and also, because it was a lot of pastel candy hued shades that didn’t quite capture my fancy. Fast forward, to the Tarte Make Believe in Yourself Collection that just launched and I couldn’t help but think how similar these collections are. Granted, Etude House’s inspiration as nothing to do with unicorns or mermaids for that matter but takes you on a trip through the carnival with cotton candy hued shades for lips, eyes, and cheeks.

Take a look at the collection below and you might see what I mean about the similarity between Tarte’s newest collection and Etude House’s. 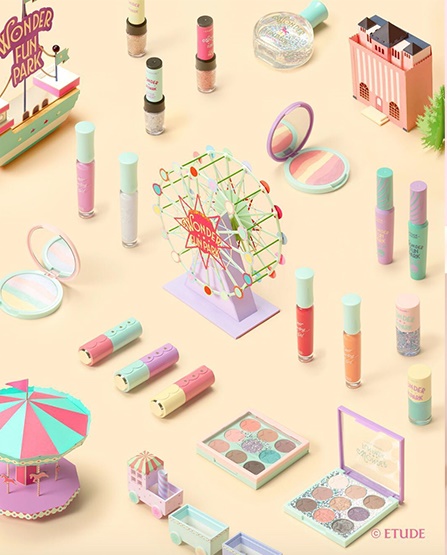 If sparkly candy hued pastels are your thing I’m positive the Etude House Wonder Fun Park Collection is perfect for you!

Get it now at amazon.com and ebay.com.