Ah something to make the Muse happy 🙂

A gift set that contains her most favorite Philosophy shower gel that makes a special appearance every Holiday Season! The Sugar Plum Fairy!

You can get both the gloss and a shower gel in this Nordstrom Exclusive set for $16! 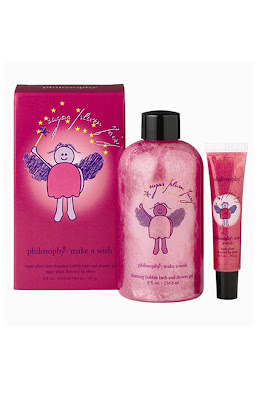 Sugar Plum Fairy is a bit deceiving (at least for me she is). I originally purchased my first bottle two seasons ago off the Philosophy website without knowing what she smelled like! In my minds eye I had assumed she’d be a spicy sort of scent boy was I wrong! She’s quite fruity and sweet! Some people may find she smells a bit plastic like but I really enjoy the smell! It’s very difficult to explain exactly what it smells like! It smells almost like some sort of fruity gum or candy with a faint, faint underlay of pineapple. It’s so yum and I buy it every year!

The lipgloss is a complete contradiction to the scent of the shower gel! Go firgure! This is what I had originally thought the shower gel would smell like! It’s spicy and warm and almost gingerbread like but not quite (real gingerbread not Philosophy’s version of gingerbread!).

I purchase it every year and at $16 for the gloss and an 8oz bottle of Shower Gel it’s back on my wish list for another season! Especially for gift giving reasons!

In celebration of Sugar Plum Fairy’s return I cracked open my last bottle I purchased last year! Ahhh now I can safely use it (without fear it wasn’t making a come back) and stash up on some more!

Tis the season to smell fruity and delicious! 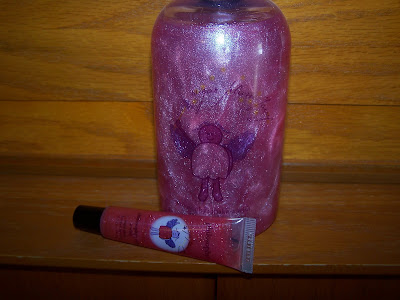