KATE Gradical Eyes Palettes are nothing new as they were released a year or two ago but for Spring 2009 KATE extended the line to release a new shade. I believe that this is the first time that KATE introduced a new shade to the collection, either that or I haven’t been paying much attention. 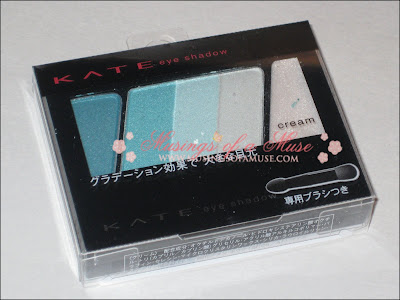 Jump ahead to see the newest shade!

Now I should mention I have pretty much all the shades from the KATE Gradical Eyes Palettes and I believe they were released for Spring 2007, correct me if I’m wrong. At the time I got them I was really quite pleased as they were pigmented and had some great colors however woe followed soon after. Out of all my KATE palettes, and I’m a big KATE fan mind you, Gradical Eyes is probably the worst ones they have in the line up. The texture of the shadows are a bit too chalky and don’t blend too smoothly. Anyway, the reason I’m telling you all this was because it would take alot for me to indulge in any new shades they released but this Spring they caught me! The newest shade release is BG-1 and it’s simply stunning! I seriously couldn’t resist the shade and I convinced myself it would be a great palette regardless of the crummy formula. 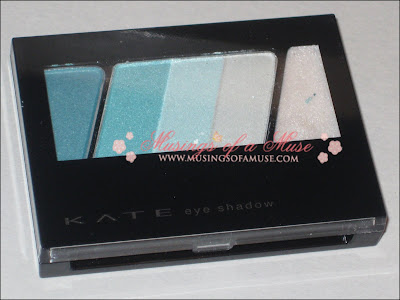 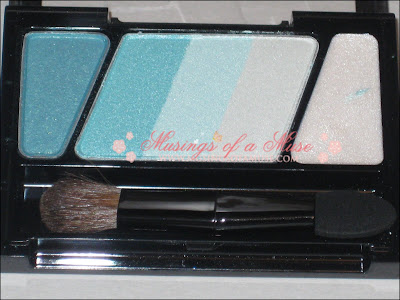 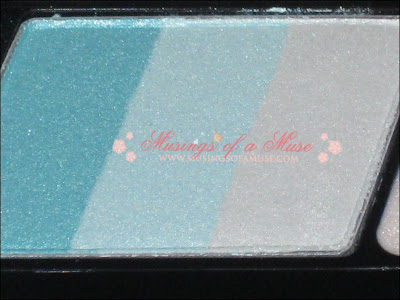 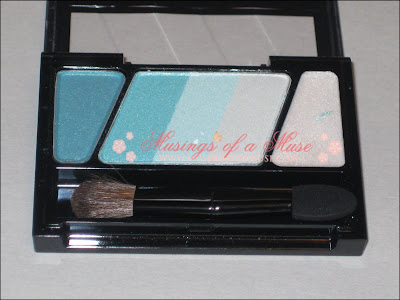 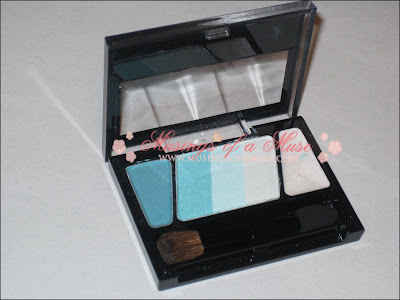 Wrong, but I’ll get into that shortly.

KATE Gradical Eyes Palettes contain a base shade of shadow, a contrasting shade, and a lid shade all in a powder formula. It also includes a highlighter or a base if you like in a cream formula. I’ve grown to hate these style of palettes as I don’t like the cream and think it’s an utterly wasteful item as I never use it. The basic application is applying the lightest shade as a base, the medium shade all over the lid and crease, and applying the darkest shade on the lid which you’ll blend slightly upwards. The final step is using the cream as a highlighter for the highbrow. Using the creamy shade as a base makes the shadow crease and just causes a major mess so I stick to using it as a highbrow highlighter. 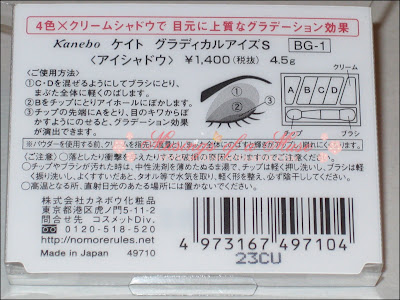 As I mentioned above the lure of the newest shade got a hold of me as it’s quite pretty. The shade selection is called blue-green by KATE but for me it’s pure aqua. I’m a big lover of aqua which is why I decided to indulge.

Ado…even a new shade can’t take away from how crummy a formula the shadows are. Although all the shades are pretty and plenty pigmented they still blend badly. You can’t contrast much of your look as the shades are difficult to blend and end up turning into one big gob of aqua. Meh. 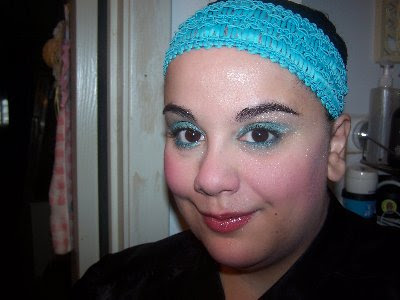 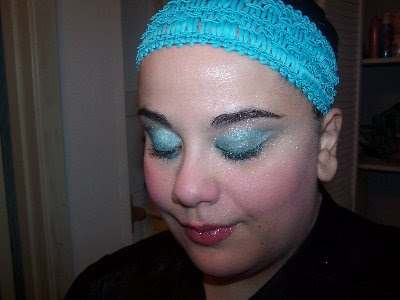 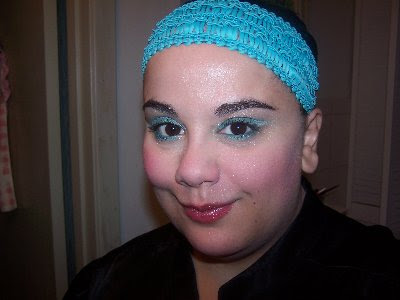 Although the palette is gorgeous shade it’s not worth purchasing in my humblest as the formula is simply too crummy to work with. KATE makes some great palettes but it’s an epic fail for the Gradical Eyes line.