I admit I’m never terribly impressed with MAC mascara. Sorry. For a company that excels at color creations they really bite the big one with their mascara releases.

But I’m always up for trying a new version or newly released mascara from them, just in case it turns out to be awesome.

MAC Zoom Waterfast Lash Mascara is merely Zoom Lash in a waterproof formula so if you’re a fan this is your chance to own the waterproof version.

To me Zoom Waterfast Lash looks entirely different compared to the regular Zoom Lash. The brush seems to be less fuller and the formula seems drier as well. Of course, the formula being different isn’t entirely an issue since you’d expect something new from a waterproof version however the brush change was a little surprising. I’m never really been a lover of the original formula so I was doubtful I’d love a waterproof version. It does well at lengthening but the volume aspect isn’t really there for me as my lashes are left looking a tad spiky and spidery versus fuller and fatter. The formula also runs drier so my lashes feel a bit brittle and stiff upon dry down.

Length wise it does well at extending lashes however I felt like the brush didn’t quite capture all my lashes particularly the smaller ones in the corner of my eye area. 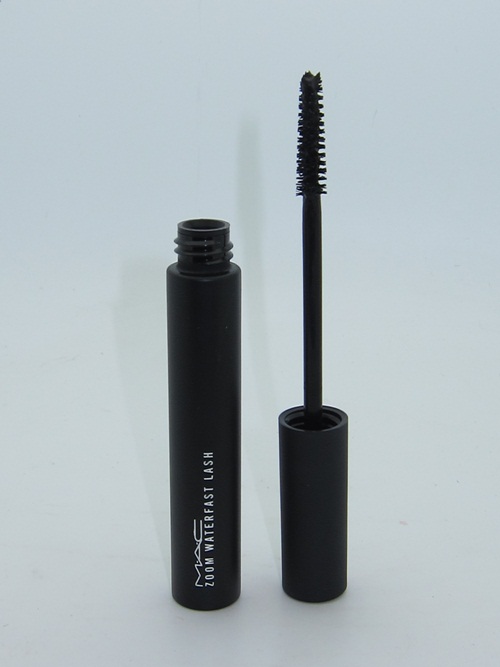 The waterproof option is there as I experienced no issues with flaking, fading, or raccoon eye issues. I even went so far as to splash water onto my eyes and the mascara held true. Overall, it could be a potential buy for some folks particularly since MAC offers affordable mascara prices but honestly, I’ve seen better from drugstore mascara (I’m talking to you Maybelline Illegal Length).

Sorry MAC. Love you but your mascaras aren’t on my hit list.