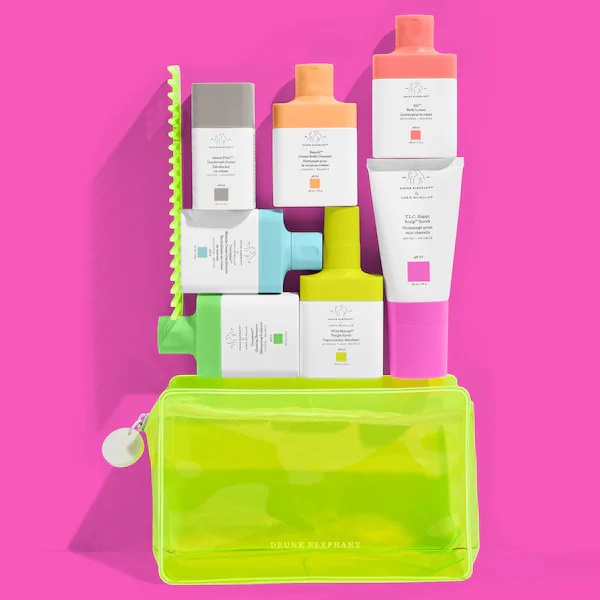 I admit that I was totally confused when Drunk Elephant just randomly decided to get into hair care. It was just a weird jump from skincare. None the less they had me curious about the T.L.C. Happi Scalp Scrub and left me wondering how it was compared to Briogeo Scalp Revival Charcoal + Coconut Oil Micro-exfoliating Scalp Scrub Shampoo.

This cutesy set features all the newest hair care as well as the new body lotion, deodorant, a tangle combo, and a bag. A perfect way to give it all a try before committing to fuller sizes.

Drunk Elephant The Littles Head to Toe Set is available now at Sephora.