Okee dokee I know a few of you who were dead curious how the the Lunasol Geminate Eyes were!

A few weeks ago I did a Face of the Day which I failed to post so here it is: 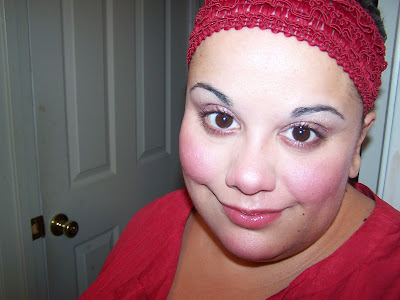 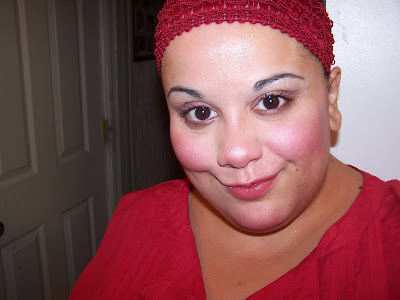 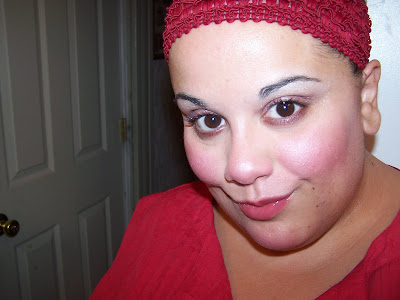 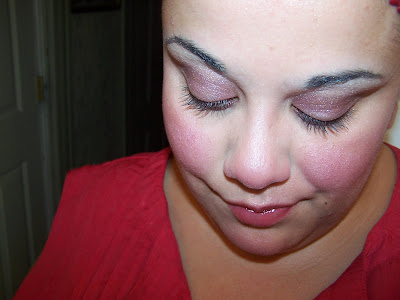 I only used the Lunasol Geminate Eye Palette in Ruby to create the look nothing else. I think it probably came out crummy. Not dark enough. I’d have liked more of a bold look but the fault is my own as I was using a light touch as the palette is just too pretty to touch if you know what I mean 😉

This is a fantastic palette and I highly recommend getting at least one or all of the palettes! The best part about the look is finishing it off with the middle glitter layer which really makes the eye POP!

Overall the palette is a breeze to work with. The colors are highly pigmented, they blend easily and work into the eye flawlessly. This look I created came out a bit sloppy I guess but I’d say with time, patience, and a bit of a heavier hand you can create an absolutely awesome eye look! You don’t need much else aside from liner and mascara to complete the look! I don’t normally apply liner on my upper lid during most eye looks because I just feels it’s a bit TOO much as I am already using such vibrant colors to begin with but these palettes seem to be just the right shades that you can complete a look with a bit of black liner without appearing overly done up! I didn’t use any liner in this FOTD but as I said I think a bit would have tied the look up and it wouldn’t appear “too much”!

I can’t wait to try the other palettes now! The only thing that sorta disappoints me is that Lunasol failed to provide face charts or even a video using these palettes! I’d love to have seen either or both to get some ideas of looks they envision creating with these palettes!

Other than that minor rant I’d say go get ’em girls!