Instead of my normal Steals and Deal entry this weekend I thought I’d present you with an early Christmas shopping guide!

I normally start Christmas shopping around the second week or so of November but so many good deals are around now is a good time to start!

I’m not partial to it myself but the Sephora Blockbuster Palette would make a great gift for the cosmetic lover in your life! $48usd nabs you an array of goodies and if you happen to purchase it during the Friends and Family Event it’ll cut the cost to $38usd! If you happen to live outside of the US I’d say this is still a good deal because it’ll probably cost about $12-15 to ship via airmail so you end up with about the original price tag when purchasing during the discount! 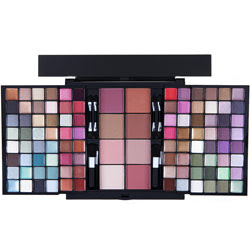 The palette includes 64 eyeshadows, 32 lip colors, 7 blushes, one shimmer powder, four applicators, two blush brushes, and two lip brushes! Obviously with all that packed into one very sleek, smart palette it’s a steal and a deal!

It may seem like a weird gift but I can’t think of a single person who wouldn’t love a big old bottle of Philosophy Candy Cane Three in One Shower Gel! You can get a HUGE helping of Candy Cane (32oz’s of creamy, minty shower gel) for $25! The 16oz size is normally $20 so, hey, for $5 bucks more go super size and grab a nice large helping to get you through Christmas and beyond! You can nab this large size from QVC just search for item number A69545! 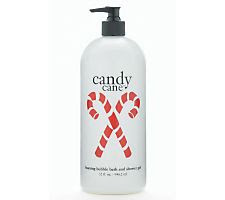 Since you’re going super size on the Candy Cane you can pick up the 32oz size of Gingerbread Man for $22.80usd! Just search for item number A74732 to nab yourself this deal. The Muse isn’t a fan of this but she can’t disagree on the great price! 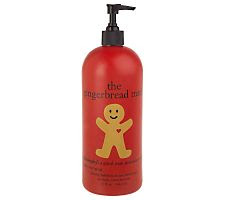 The prices just keep getting lower and for $21.97 you can grab the 32oz size of one of the Muse’s favorite scented shower gels from Philosophy, Cinnamon Buns (I like mixing a little Candy Cane and Cinnamon Bun together! Yum!)! Item Number A61756 grabs you a nice large helping of Cinnamon Buns minus the calories!

Philosophy Cinnamon Buns Three in One as seen on QVC 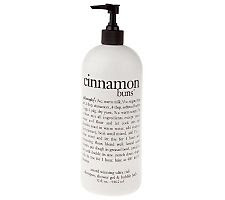 QVC is probably the only place I’ve seen these large sizes available and I can’t begin to say what a great deal they are! My target audience here at Musings of a Muse are from Asia and Europe so a little tip for you my pretties! If by chance you are lemming these fine items the Muse will tell you a nice little secret! You can purchase two or three of these and have them shipped via airmail for a flat rate of $37usd! The prices for the gels are quite obscene Euro side so this will most definitely save you a ton of cash! In your case if you purchased three of these and used the flat rate shipping method it would cost you about $35usd per a bottle which again is a great deal! If you happen to have a friend or family member to split the bottle with you’ll each be paying about $17usd per 16oz which is almost the original price of a smaller bottle here in the US! A good deal all around in the Muse’s opinion!

I’ve already previously mentioned this but it does deserve a re-mention you can get three 16oz Philosophy Shower Gels (these include little gift bags as well!) for $35usd! Purchased separately that would be $48usd! Item Number A5322 gets you all three with gift bags! 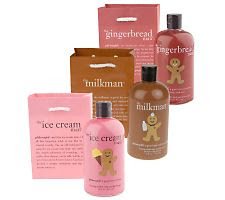 Here’s another little product that the Muse has previously mentioned but thought was worth a re-mention! Bath and Body Works has a duo of Hand and Body Lotion and Hand Wash for $15usd! These are jumbo 16oz sizes and at $15usd bucks you can’t go wrong! 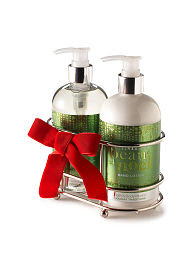 A 3.3oz bottle of one of the Muse’s favorite perfumes, Agent Provocateur, will set you back $110 but you don’t have to pay that much for the large bottle! How about saving $33 on the large bottle and nabbing it for $76.99. Sweet deal in the Muse’s opinion! If you (or yourself) have someone very special (like your mum or best friend) to spoil this season this is a posh deal!

You can nab this deal at Costco (Yes, yes I know shopping for AP at Costco isn’t exactly glamerous but hey the price is right!). 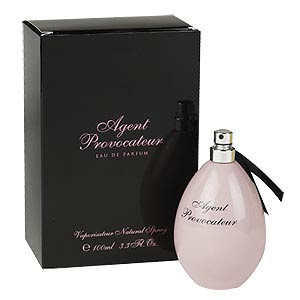 Ok kids get shopping! That’s it for this weeks Christmas Shopping Steals and Deals!

I’ll bring you more as I see them pop up!