I saw Avon’s new blush in the latest issue of Bazaar Magazine (Avon in Bazaar? I know right? What the hell!?).

The blush in question is entitled Horizon Blush and is designed by Jillian Dempsey. A long time ago, in a land far away Jillian Dempsey was actually a leading firgure for Deluxe Cosmetics (remember that brand?) but more importantly, dig this, Jillian Dempsey is married to Patrick Dempsey. Who would’ve have guessed? Sure they share the same last name but I didn’t know this was his wife (it could be because that I’m in denial he’s married with kids as I still have that beautiful fantasy of me running around Seattle Grace in a naughty nurse uniform while he chases me around with a syringe in one hand and a can of whipped cream in the other!)

I’m thinking to myself that it can’t be too fun around that house. I mean how does she introduce herself? Hello I’m Jillian, yes my husband is McDreamy and I work for Avon. Ouch. Jillian, honey, quit Avon or let the Muse have McDreamy for her very own! 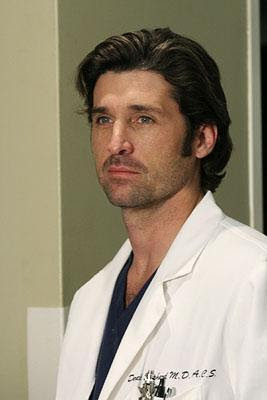 In all seriousness Jillian has some redeeming qualities, one of which happens to be the new blush she created for Avon! Thanks Jillian you aren’t at the level of McDreamy but you’re slowly gaining speed!

The Muse likes this blush because it reminds her of the Solar Duo Blush that was released for the Body Shop Summer Collection last year! Sadly the Muse only has one of the two colors released from that collection as she broke one when it fell off her vanity! Twas a sad sad day! But now I have these new blushes from Avon to invest my time (and money) into and maybe they can replace my gorgeous Solar Duo Blushes! 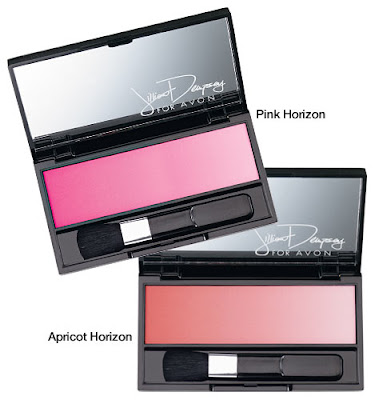 The blush is available in two shades of peach and pink. These are gradation blushes that can be applied for a sheer wash of color or build up for intensity. One end holds a light side and one end holds a darker side of each color.

So…these are $7.99 USD (I know, not what you’d expect from a lady married to the 7 million dollar man but hey a girl’s gotta do what a girl’s gotta do!) and I’m questioning how pigmented they can be but I must remind myself that Avon had shocked my socks off a few months ago with it’s rather awesome Cynthia Rowley Collection (Missed my review? Click here to read up)!

I think I want these (minus the cheap brush they come with! Thanks very much!). Count these on the Muse’s wish list! I’m going to give Jillian a try and maybe I can think up a rather clever nick for her while I’m at it hmmm McMakeup? McAvon? McBlush?