I don’t know how but I’ve somehow became a Bobbi Brown groupie (you must be exhausted hearing about Bobbi Brown cosmetics so much this week!). Bobbi Brown is alot like the little boy in kindergarten who hits a little girl because he likes her. I’ve slapped Bobbi Brown around a few times in some old posts as you might recall but it’s probably just me hiding a deeper love for her product then I realized thus I’m the little boy!

I was on a Bobbi Brown kick last week so I purchased her gel eyeliner and I’m hear to rave about it! I’m normally a big fan of KATE gel liner or Smashbox cream liner. I rarely venture outside of using those two brands. Fact of the matter is I do indeed collect many MAC Fluidlines but rarely reach for them! My hand normally goes for either KATE or Smashbox. 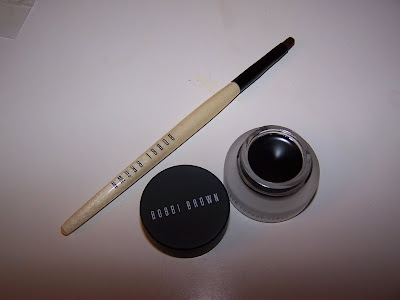 Another fact is I rarely line my eyes. A girl on Specktra once told me that in order to wrap up my look it’s best to line my upper lashline and lower waterline and believe me it was the best advice ever because liner really makes an eye look pop! However, I tend to create very bold looks and using liner on top of that makes me look quite like a “painted lady” (read between the lines). You’ll catch me using eyeliner for an evening out or when I’m using a lighter shade of shadow and that’s about it.

Anyway, the story is getting long and you’re getting bored! On with the review!

I don’t normally like gel based liners because I find they apply streaky and I have to fill in the area after I apply. Which means I have to have a steady hand to apply and a steadier hand to reapply because the first time I didn’t get the coverage I wanted to begin with! This happens to me with MAC FL much of the time I use it which puts me into a battle of loving and hating it.

The good news is Bobbi Brown Gel Liner goes on smoothly, seamlessly and once. I don’t have to re-line the area. One line is dark enough and perfect enough to last me all evening (or day) long!

The texture is “melty” and soft but it doesn’t make application difficult. Normally my sole reason I don’t use MAC FL as much as I should is due to the weird melting, soft formula that streaks for me. However, this gel liner applies very dark the first time, no streaks, and gives me a perfect, smooth line! I realize MAC FL has a cult following but I’m not really all that big a fan, sorry guys! However, I’m loving the Bobbi Brown Gel Eyeliner at the moment!

Three Cheers for this one! It’s Muse Approved!

Before Liner. Aw no pop! 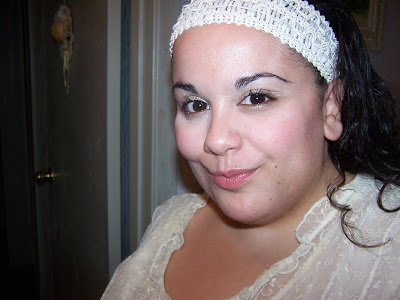 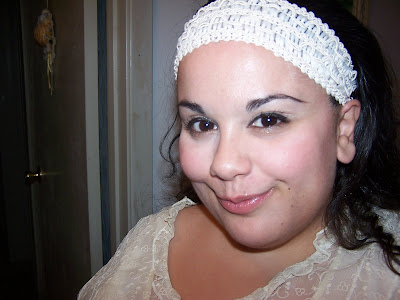 Sorry lots of similar pics! You can tell I was messing with makeup that night big time right?!