After skipping over to Sephora I also skipped over to the MAC store to pick up the Fafi Tote and a Fafi Doll for myself as I hadn’t gotten either with my Fafi Haul!

I walked out of the store with a Fafi Doll but not the tote as it was just too overwhelmingly big for me! I’m already short and wobbly so I really don’t need a huge tote to carry around that’ll be completely unflattering! I mean seriously what’s attractive about a short, round girl walking down the street with a tote bigger then her entire body! This is not cute, not cute at all! I had hopes it would be medium size but it’s actually big enough to carry enough food for a small village plus your car keys so I skipped! Granted for $60 USD that’s alot of bag for your buckage but it was just a bit too large for me, I’d have personally liked a smaller bag. It deserves to be mentioned that the only tote the Muse carries around that is that large is a PBS tote (the height of couture people) and I won’t give it away for the world (You’ll understand if you happen to be a PBS dork!). On a happy note if you’re slim and amazon size (amazon in the Muse’s case is anyone 5’2 and above) you’ll probably look uber attractive carrying this around!

I didn’t only leave the store with a doll but I’ll get to that later as I want to discuss this doll! Now for some diseased reason I wanted all three dolls but ended up with one as they are all the same poses just different colors and such. My desk is already littered with Doctor Who figures, fantasy art sculptures, skulls, Nightmare Before Christmas figures, and a ton of other rubbish that would be fitting for a 13 year old boy however the Muse is fully grown so she felt to make this lot of items more sophisticated she’d add a Fafi Doll! That would surely make all the other crap on my desk look really posh and important right? 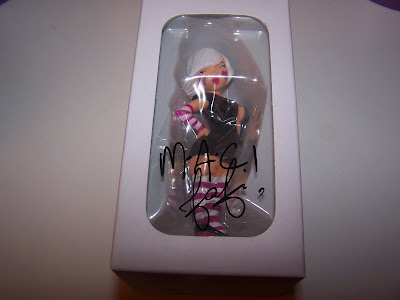 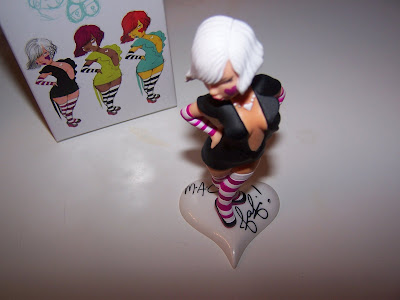 She’s so tiny that she’s lost in the sea of general Sci/Fi paraphernalia that already resides on my desk. For some odd reason I thought these might be bigger then a tube of lipstick. That’s about her height and size! She’s so very tiny and delicate. Sigh. Cute but really small.

I guess what I’m trying to say is you really don’t need these unless you’re caught somewhere between childhood and adulthood like the Muse! 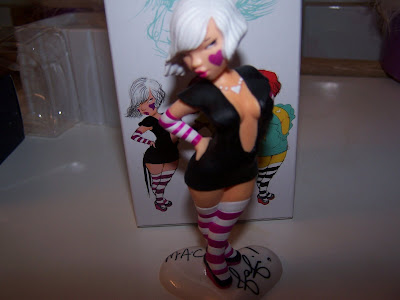 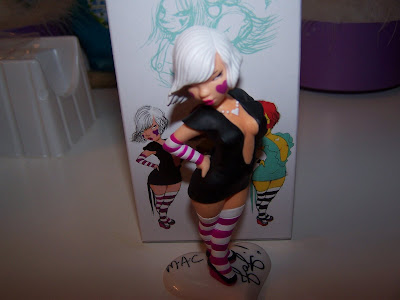 Sheesh my cheek stain is bigger then her! Now the main reason I’m actually writing this post is because I wanted to share with you something interesting! I originally purchased three of the Beauty Powders which were Verve-Acious, Belightful, and Sassed-Up. I believe that Belightful is the only repromote in the lot but you, my dears, can correct me if I am wrong.

I have none of these so I indulged in all three last week during the official release. Today while wandering around the MAC Store low and behold my eye spots a new powder! What be this? It’s a pure, white shimmering shade entitled Delicacy in the Fafi packaging! Turns out Delicacy is also a repromote but I don’t own it so I’m glad I purchased it. It’s rather gorgeous to be honest. Why it’s at MAC Stores and not counters I haven’t a clue! I think, I somehow recall, that our beautiful friend ‘Nessa at Nessasary Makeup had mentioned the stores running out of Belightful and offering Delicacy instead! Don’t quote me on that but I think that’s what I had read on her blog! 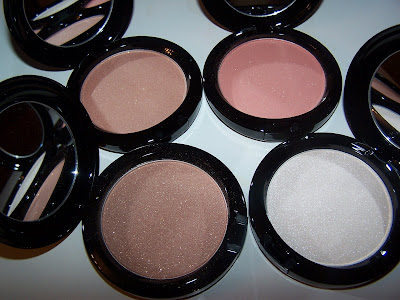 Fact of the matter is that I’m kinda excited to have this particular shade in the Fafi packaging! It reminds me of NARS Albatross but a white version! Perfect for highlighting your face with a bit of gorgeous sparkle! 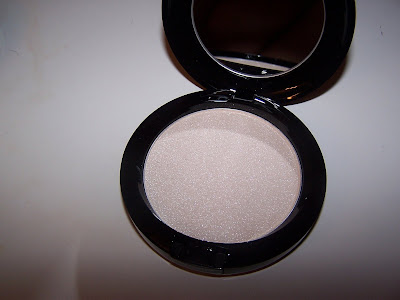 I’d definately wander over to your local MAC store and have a peek! I think it’s a nice addition to Fafi!