I had to pick up some MAC lipsticks for a swap a few weeks ago and of course being the junkie I am I couldn’t leave the counter without getting at least one item for myself!

What did I end up with? MAC Prep & Prime. 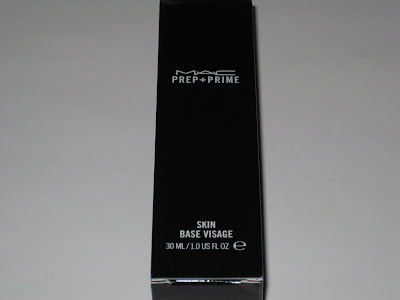 Lately I’ve sorta been on the hunt for a good primer. I don’t normally prime prior to foundation aside from the regular toner and moisturizer regime. But after reading some rave reviews about various primers I decided I should incorporate the step into my makeup routine.

What I read that turned me onto primers:

All this sounded like I seriously needed to start using a primer. The promise of long wearing foundation and foundation that applied easier and smoother sounded fantastic! 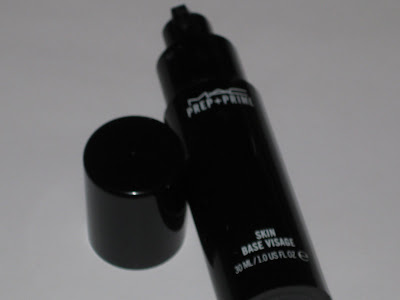 Who else but MAC would have a great primer right?

I’ve been using Prep & Prime for about two weeks now and I seriously haven’t seen much of a difference in my foundation wear and tear. My foundation fails to last through the day sadly and I have to touch up at least twice with powder or a highlighting pen since I begin to look dull around the 4th hour or so of wear. Sadly, MAC Prep & Prime failed the test of making my foundation last longer. 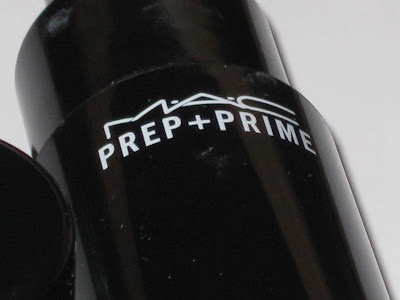 Did my foundation go on smoother?

It felt about the same going on after using Prep & Prime. I’m not sure what I was expecting from it but I thought maybe it would give my face a sort of wet moisturizing feel that would allow my foundation to glide on flawlessly. This it did not do.

The texture is pretty thick and if you look close enough it has tiny particles that pick up and reflect the light but that trick doesn’t apply when it’s on. At least for me it didn’t. Someone had mentioned on MUA that one pump will do it. Well no. I need at least two pumps to do my entire face.

It glides on rather smooth and soft in contrast with it’s thick texture. It feels wonderful really however I don’t feel like it’s moisturizing my face but then again that’s not really what it’s supposed to do anyway.

All in all it just doesn’t appear to work for me. It doesn’t make my foundation last longer and it doesn’t do a brilliant job of prepping my skin for foundation so basically it’s $22 USD of thick cream that doesn’t do much of anything.

Sadly, as much as I love MAC, this one gets a big thumb down!

Have you used it? Love it? Hate it?

Any recs for a good primer?