The beautiful Jamie from The Beauty of Life recently blogged about a website called Hautelook. As soon as I seen her post I get terribly hyper about it. 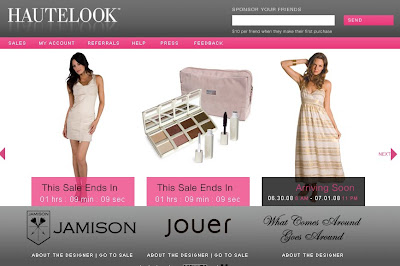 Basically Hautelook allows you to score some serious deals on hot couture, accessories, and best of all cosmetics!

Basically you sign up to become a member (this is a free membership) and soon after you’ll start receiving alerts in your inbox letting you know about a sale that HauteLook is having. Hautelook proceeds to place a certain number of items up for a certain amount of time at a super great price. You have until the sale is over (start and end dates of the sale will be included in the alert e-mail) or until someone else nabs the deal to grab up some seriously killer items at rates up to 75% off retail!

Now don’t get me wrong the fashion and accessory aspect is awesome however the really great part is the cosmetics. I’ve been a member for about two months or so now and I’ve seen Stila on sale, Smashbox Tokidoki items, and most recently Jouer. Sephora had stopped carrying Jouer Cosmetics a while back ago and Jouer’s website has been down for ages now. Here in laid a perfect excuse for the Muse to stock up on Jouer at prices under ten bucks! 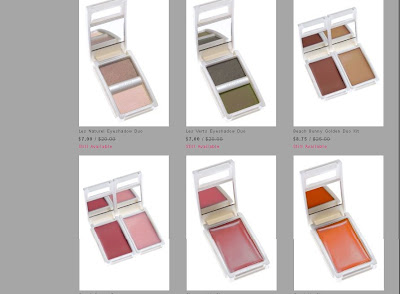 The moral of the story is you should sign up at Hautelook to nab yourself a steal and a deal! Clickie here to join up!