A few weeks ago a friend of mine and business associate mentioned the Lipstick Index while we were out for dinner. In all my economic courses I’ve never heard a reference to the Lipstick Index prior to this but turns out if you Google you’ll find a ton of extremely interesting articles on this. It’s referred to in many terms one of which is the Lipstick Index but it’s also been called Lipstick Economy, Leading Lipstick Indicator, etc…

What the hell are you on about anyway Muse?

I’m referring to the fact that their is some theory and fact that lipstick and cosmetic sales actually rise during tough economy times because women tend to turn in smaller indulgences when money is tighter.

The term Leading Lipstick Indicator was actually coined by Leonard Lauder (chairman of Estee Lauder). The theory turns into fact as Estee Lauder reported sales go up during tougher times and during the September 11th terrorist attacks, lipstick sales were twice as much.

It still remains a gamble for me however.

A few things about Target if you’re not within the US. It’s a large scale department store that sells cheaper lines of everything from clothes, to accessories, to home goods. Generally the cosmetic department consists of low end lines such as Covergirl, Almay, Etc…

Now I admire Target for being way ahead of the game by importing such brands as Boots (both skincare and cosmetics) and Soap and Glory. I feel further interest and admiration to Target for paving the way for a rather interesting import of posh cosmetics. Selling high end cosmetics in drugstores or larger scale department stores such as Target is rather unheard of. If you seek Dior, Smashbox, Urban Decay, Etc…you’ll have to head to a counter, Sephora, Ulta, or find some place online to buy however walking into common drugstores will not greet you with high end cosmetics but cheaper brands a plenty.

Bringing together Pixi, Jemma Kidd, and Napoleon Perdis seems like a very interesting venture by Target however as I mentioned I see it as a gamble. Since the lines are on the kawaii side it may not be as appealing to the masses as one would hope for. I’m always all over cute packaging and shimmery shades however I do believe those of us who enjoy these styles of cosmetic may just be in the majority and women my own age and older may not see the appeal of the “cuteness” of these brands.

I wandered into Target last night to see for myself what the hype was all about and I was wow’ed by the selection of cosmetics and I indulged in far too much of it for my own good but tempted I was.

First off I found it rather fantastic they had actual testers available which is unheard of in drugstores and department stores. I swatched to my little heart’s delight without any MA’s to interrupt me and try to sell me something I didn’t want, a girl could get used to this!

I find myself curious what audience Target hopes to well..target….with these brands. Are they hoping the failing economy will shoot sales of these brands through the roof? Are they gearing it towards teens who are seeking funky, fun cosmetics for back to school? Do they hope to get a glance from the 20 something year old who loves cute packaging?

I know I’m 30 and absolutely love the lines! Sadly, my Target did not yet have the Jemma Kid line up however I have seen it online and it’s simply stunning.

Interestingly enough Pixi is basically the same line up that Sephora used to carry and that Pixi itself now carries within the UK. I was quite surprised and delighted when I noticed Pixi now sells online where as before it was an exclusive UK site. Click to visit the Pixi site.

I was pretty shocked at the prices a teeny tiny bit as I’m not used to venturing into places like Target and being faced with price tags that read $18, $22, $38, etc….that’s MAJOR wow for cosmetics when it comes to such a department store as this. People are generally not used to these prices for makeup and it tickles my curiosity to see how people will react to it. Funny story…as I was browsing, swatching, and happily smiling to myself at the array of goodies, two girls walked up to the displays and began browsing. They were about to try a shadow or something when they noticed it read $18, one turned to the other and said, “$18? Hell no!” and both proceeded to walk away. I found this interesting and wonder if this will set the scene for how most women will feel about the prices.

I was hopeful the prices would be a little bit cheaper and I can’t help but feel slightly shocked when I did noticed that the cheapest item was around $15 USD. Pixi’s price range was around the following: 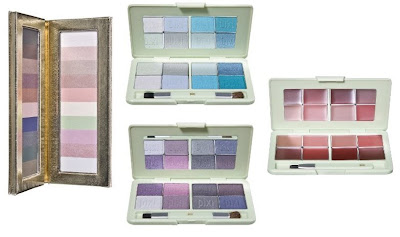 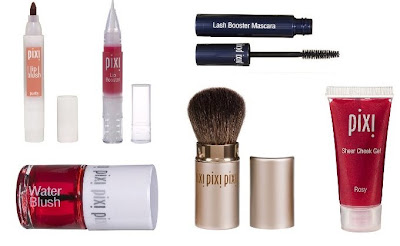 As you can see the prices are WAY up there.

Napoleon Perdis did a few things different with his line which surprised me. As I mentioned Pixi is the standard line and nothing is new so if you’re familiar with Pixi Beauty this isn’t anything new to you however Napoleon Perdis took a new route. Napoleon Perdis’s line is entitled NP Set and introduces both old and new items. The NP Set line happens to be much cheaper compared to Pixi as well which I was quite happy to see. Prices vary as follows: 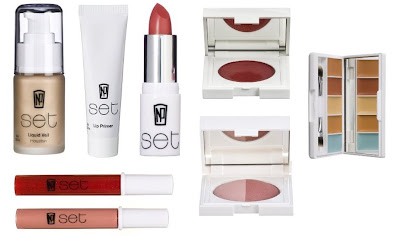 Although still priced high the items are considerably lower costing then Pixi.

I wasn’t able to see the Jemma Kidd items for myself however they look amazing online. The price range are the following: 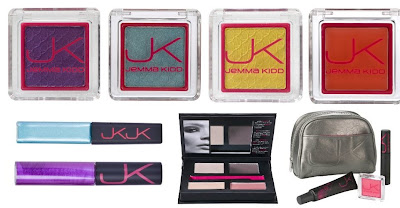 As you can see Jemma Kidd follows along the lines of Pixi Beauty with the price selection available.

Out of the two collections I did see and purchase from I’m happy to report the items are wonderful. Pigmented, good quality, beautiful packaging, all the things you’d expect from items you’d purchase at a counter or your local Sephora.

Although I was a bit disappointed dishing out $144 USD for my little stash of goodies as I really didn’t expect to pay as much in Target of all places. Aside from this minor rant I’m happy I did indulge and yes I’ll definately be going back for more.

I hope that the introduction of brands such as these will start a chain reaction and we’ll begin seeing other brands offered in drugstores and low end department stores soon! Who knows this could be like the mineral/organic range that’s swept the drugstore beauty world!

I’ll be reviewing items from both the NP Set and Pixi Beauty collections very soon so stay tuned! Tomorrow I’ll bring you pictures of the items I purchased.

Above are only some of the selections available. I was very impressed with the amount of product covered face, eyes, lips, etc…I was also quite loving the vast color selection for items available. It was quite like walking into Sephora to have a nosy at the latest collections!

If you’d like to see more from NP Set, Pixi Beauty, and Jemma Kidd see the links below! Happy Surfing!

Are you excited about these collections?

Want anything from ’em?

Does the introduction of high end cosmetics into lower end stores excite you?

Did you know Target sold Philosophy?