Supposedly it’s the most wonderful time of the year!

At least it’s turning out that way for me when I seen this year’s offerings!

What’s a Holiday Collection without a brush set? $65 USD gets you four essential Bobbi Brown Brushes and a gold pouch for holding ’em all in! 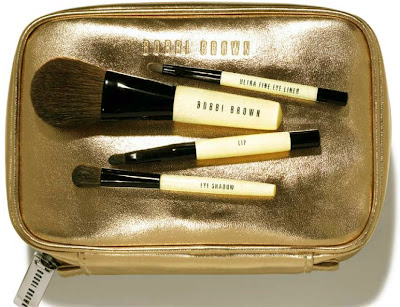 The Bobbi Brown Diamond Cosmestic Bag and Mini Brush Set isn’t on my wish list as it’s a tad bit on the pricey side and I’m not partial to the color of the bag however I will say be it mini or regular size, Bobbi Brown brushes are ideally some of the best I’ve used! I’ve used both her full and mini size brushes and both are incredibly good! However, for four brushes and a pouch, $65 USD might be a tiny bit much for this Muse!

Taking it down to $55 USD you can nab the Bobbi Brown Copper Diamond Mini Brush Set which includes a gold pouch and three mini brushes!

Again, a little to high for me but I could probably see myself indulging if it wasn’t for the case! I’m just not feeling all that metallic gold!

Bobbi Brown Copper Diamond Beauty Kit for $95 USD is a slick, two layered tier to hold all your beauty essentials! 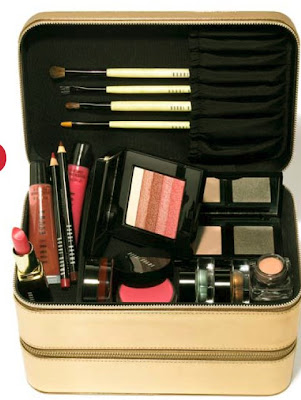 Mmmm all the gold..Bobbi you’re killing me…could it be pink…but I guess that wouldn’t be too holiday-ish!

What would the holiday be without a gloss kit?! Bobbi Brown Lip Gloss Trio contains three shades of scrumptious gloss for $45 USD with a gold pouch for storing them all in! 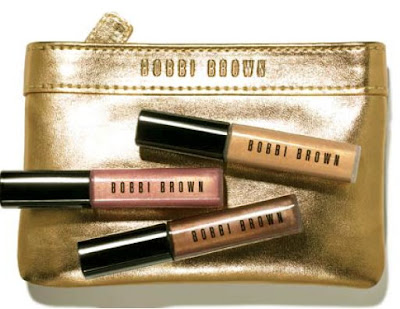 You’ll get the following shades:

It’s on the Muse’s wishy list! Santa baby fill my stocking with Bobbi Brown glosses please? k, Thanks, the Muse loves you very much! Bobbi Brown Lip Gloss retails for $20 USD each so getting three plus the bag is a nice little deal!

Indulge your need for glorious palettes with all, some, or one of the following: 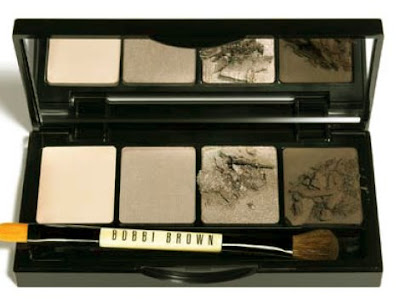 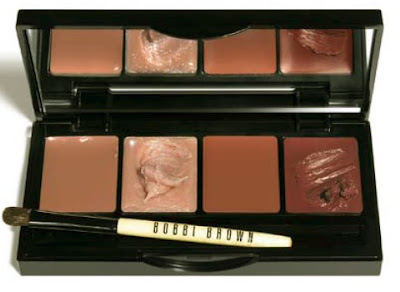 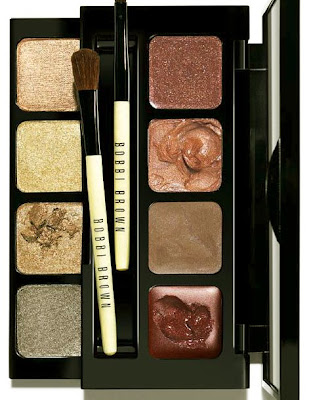 Ummm yes this is definately on the Muse’s wishy list! Wants!

Originally exclusive to Nordies now you can indulge in the Bobbi Brown Long Wear Eye Palettes for the Holiday Season! Available in Moon Rock and Night Sky for $55 USD Each 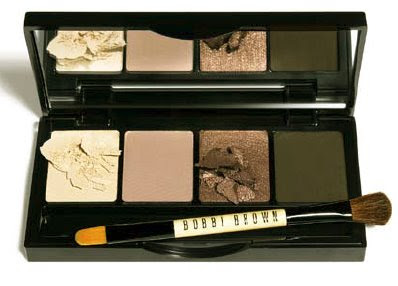 If you’re looking for a sophiscated, elegant and slightly shimmery Holiday Collection look no further than Bobbi Brown’s latest offerings!

I’ll definately bring you a few of these for review shortly as they are too stunning to pass up!

Although the site hasn’t been updated on the “What’s New?” section of the Bobbi Brown site all of the items are available for purchases at Bobbi’s site and also at Bobbi Brown counters! Get shopping!

Love any of this collection?

Do tell the Muse!