So it wasn’t enough that I tortured you today with one really crummy concealer but here I am again with another rubbish concealer! 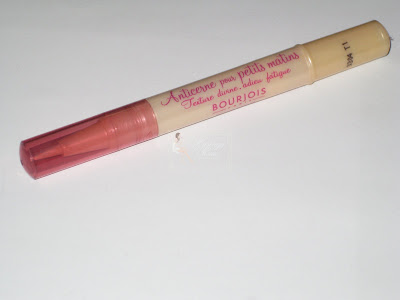 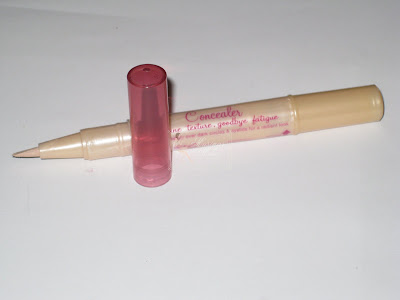 Better known to the Muse as Bourjois Paris Light Diffusing Concealer, much easier to pronounce that, yes?

I’ve had this a few months now but never got around to doing the review! Bad Muse, Bad! Depending on how you see it you’ll be either really happy it’s not available in the US or really sad. This is exclusive to the UK and possibly the Netherlands and a few other European countries, honestly I haven’t checked all the site portals so I’m unsure but I got mine from England.

Now honestly as far as I’m concerned normally concealers that come in click style pens with brush applicators are a NEVER go wrong item! I’ve tried so many I’ve lost count but I do know I’ve always been plenty pleased with them however, with much dismay, I have to give a poor review to this one.

I generally love everything and anything Bourjois Paris puts out however they really did a poor job with this concealer. Although I wasn’t expecting a miracle, I did expect that the concealer would at least cover my basic woes such as fine lines, dark shadows, and just make my eyes more awake and fresh. Sadly, this did nothing at all for anything in and around my eyes. I was secretly hopeful this would be a nice, thick, moisturizing, pigmented concealer that would replace my very expensive Dior Booster Pen however that’s so NOT the case.

I’m unsure why the product fails so miserable. One main problem is of course is it seriously lacks any pigmentation. It glides on well enough and the formula, although not thick, is nicely cooling and moisturizing however the lack of pigmentation causes the main problem. In Bourjois’ defense I will say that this isn’t really supposed to act as a concealer but more of a highlighter for deflecting off of dark circles and creating the illusion of a better rested you but…well..it doesn’t do that either. Honestly, it does a whole lot of nothing.

On top of not doing much in the ways of making the Muse appear rested and awake it also kinda lends a helping hand in making my already dry under eyes even more dry! Sigh! Rant! As you’re smoothing on and patting into place it feels quite nice and moisturizing however after the better part of the day goes by your left with major creasing and a dryness that only the Sahara could surpass!

Although the click style pen is a super plus for the Muse as is the handy dandy brush applicator…if I’m honest…neither of those features do much to impress me after my rather long list of wrongs with the product! 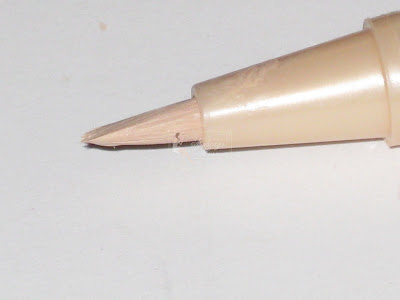 I know I wrongfully expected a miracle but at the very least I did want something that at least worked. This one is on the Muse’s do not buy list! I just couldn’t love it.

By the way since we are on the topic of jolly old England did you know that they announced the latest Doctor Who Christmas Special for this year! Lord knows, my Holiday isn’t complete without knowing the Doctor will make an appearance for Christmas! The Muse enjoys all that wibbley wobbley timey wimey stuff! If there wasn’t any Doctor at Christmas it would be like the Year without Santa Claus! GASP! Thank god David decided to take time off of Hamlet to grace us with his presence this Christmas! (Hint: The picture is a bit of a tip off for what to expect this coming season! You either already know what the episode will be about or what is coming thanks to the pic!) 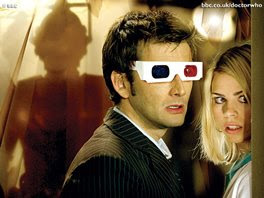