Lavshuca has updated it’s site with the brand new Holiday/Winter Collection for this year but don’t get too hyper as it’s nothing exciting that you’ll have to have! 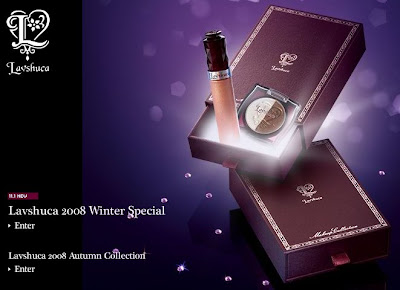 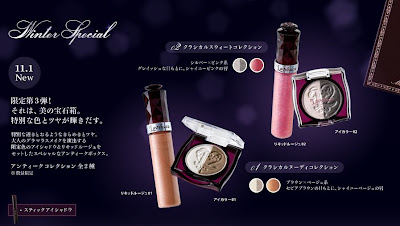 Last year I truly enjoyed the Lavshuca Winter Make Palettes released however this year nothing seems to be truly catching my eye but I will be indulging just so I can review the items for you here at Musings.

Why Lavhusca has succumbed to some of thee most boring shades I’ve ever seen in my life lately is truly beyond me. Spring, Fall, and now Winter are a total devastating disappointment for me. Excuse the Muse while she jumps off the nearest bridge in woe!

The Antique Collection consists of two color variations in a gift box for 1,890 yen each. Each gift box contains a lipgloss and a brand new duo eyeshadow in the style of the older single shadows from Lavshuca. It appears that Lavshuca has taken the initiative to start implementing much of it’s new style packaging in this collection so I think it’s safe to say you’ll see many of the older items become obsolete since they are fully embracing the new aubergine look and leaving behind the lacy white look from the past.

It looks like you can create a brown or a black look with the collection. The first duo contains one black shade and one paler shimmering white or pink shade while the second has a lighter brown shade and either a pale shimmering pink or a cream white (just assuming colors from the pictures). Honestly, you can probably recreate the looks with these gift sets from any number of other items you have in your collection if you collect Lavshuca so it’s not something you absolutely have to run out to get unless you’re a serious fan and collector. The only thing that I find oddly appealing is the little draw gift boxes these come in! Go figure! I’m already thinking up items I can put in them as storage.

Honestly, if you look close enough at last year’s Winter Make palettes from Lavshuca Holiday Collection 2007 you can probably create about the same look as this year! 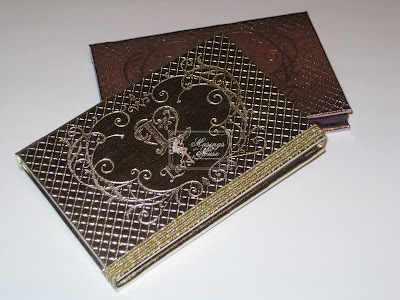 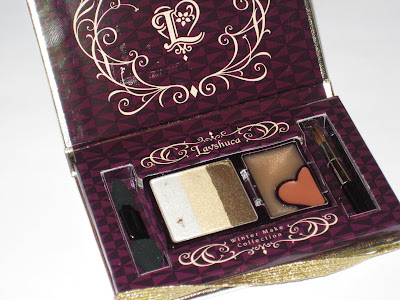 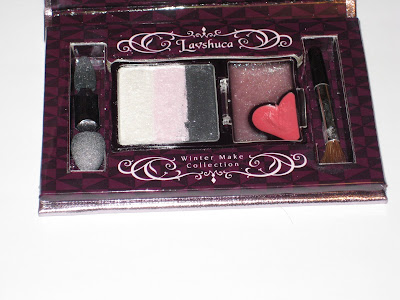 Also released with the Holiday Collection are brand new stick eyeshadows which you can use to line and shade eyes. Again, another ho-hum item for me and nothing I’m getting to excited about! Believe it or not I’d be more excited to see some sort of cream shadow released to replace the Lavshuca Jelly Eyes from a few years ago! Those were kinda fun and I regret not trying them out for myself at the time!

Although the collection fails to tempt me I will get the two gift sets to review here at Musings. I look forward to Spring 2009 and hope that Lavshuca can redeem it’s downward spiral it’s been on lately for the Muse!

Lavshuca Spring 2008 Featuring a Review of Lavshuca Noble On Palettes