About a week ago I brought you some swatches from items I already own from this particular set and today I’ll bring you the remaining swatches. When I first heard about this set I got uber excited as I thought that the set included ALL MAC Softsparkle Pencils. I got even more hyper when I thought the set included two shades of Softsparkle Pencils I didn’t already own. 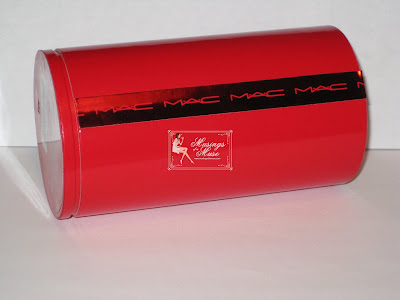 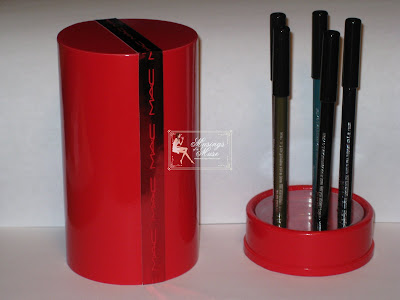 The Muse quickly realized today upon opening the canister up that it actually included three SoftSparkle Pencils and two regular eye pencils from MAC! 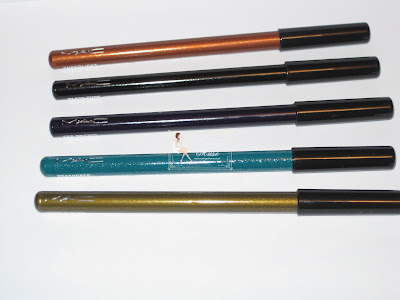 Well, slap me and call me silly who knew?

The good news is I now have a backup of my very favorite pencil Peacocked! w00t! And the better news is I have a brand new SoftSparkle Pencil I’ve never even heard of entitled Chocolight! 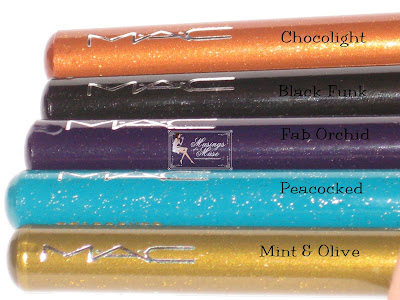 This is fairly great deal at $29.50 USD as it contains five nice size (not full size) eye pencils from MAC. For all those technical people out there that means the large size pencils are 1.68g/0.059oz and the mini size are .95g/0.03oz. Either way you deal it, the Muse thinks it’s a good deal as it’s like paying under $5 USD per a pencil! 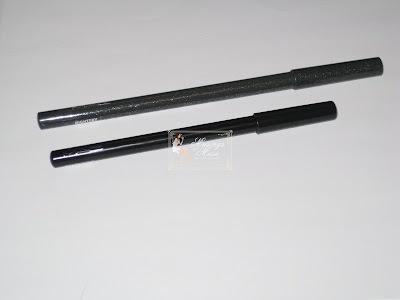 The pencils you’ll get with this set are: 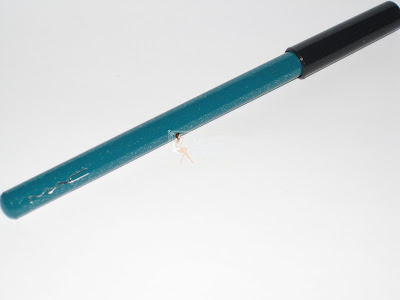 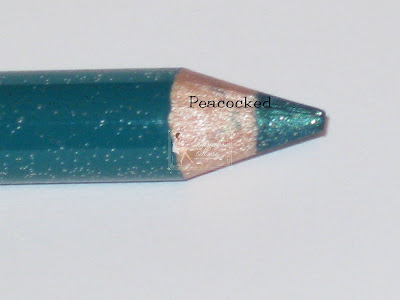 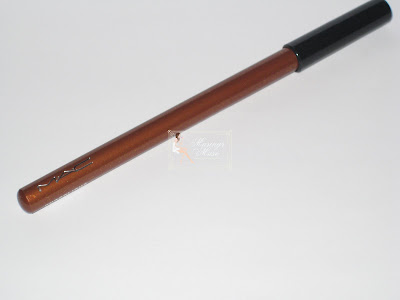 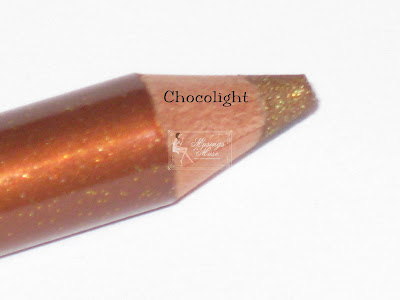 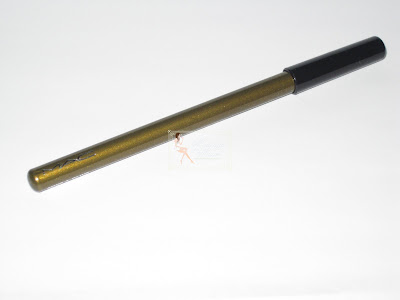 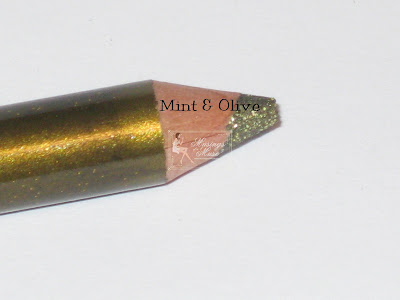 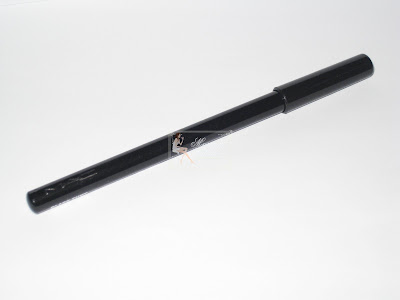 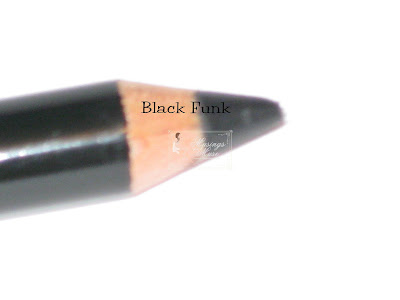 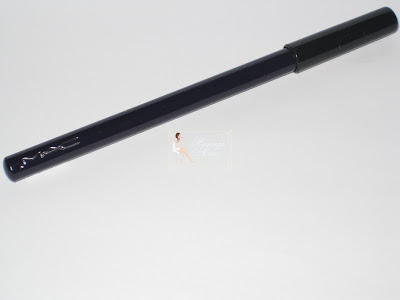 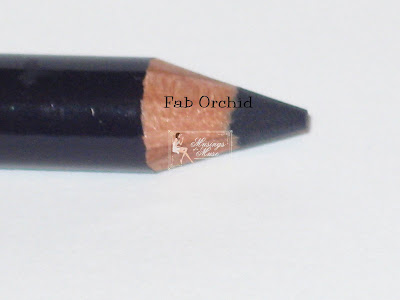 I simply adore Softsparkle pencils however a few things you’ll need to know, 1. the formula isn’t particularly fabulous and 2. I don’t think they are waterline safe. The formula on these are a tiny bit hard so if you’re used to using MAC Kohl or Technakohl don’t expect the same melty, buttery formula, these just don’t have that beautiful glide. A bit of tugging is invovled to get them on and a little bit of lining and re-lining to get the color on properly is required. However, after all that drama you’re left with a beautiful sparkling liner look so all is forgiven and right with the world again! 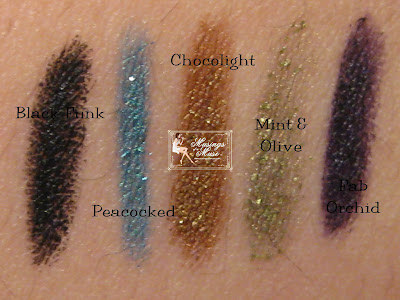 Similar problem with the MAC Eyeliner Pencils, they just don’t have a soft formula and they involve a bit of tugging to get into place but thankfully no re-lining is required, they normally go right on without streaking or need for another application! These are actually my least favorite in the MAC eye pencil line up and I don’t actually own any aside from these two that came with the kit! They are good but they aren’t great.

The pencils come housed in a bright red canister which resemble last year’s packaging aside from the fact that these are a lovely bright red. I shamefully admit I threw out my canisters from last season as in the Muse’s life there is such a thing as just “TOO MUCH crap!” But don’t follow my rules! The canister is actually a nice way to store and travel with the pencils or if you want you can tuck other small makeup items into them! Or if you happen to be of the Martha Stewart variety I bet you could come up with some fabulously awesome idea for using this thing! It’s a good thing!

All in all I think the MAC Little Darlings Softsparkle/Eye Pencil Set is a fab package and well worth the price tag with a few minor rants here and there from your dear old Muse!

I’m looking forward to nabbing the MAC Little Darling gloss sets shortly so expect a review and swatches as soon as I can get them in my greedy little hands!