The Muse has a special knack for feeding into the frenzy of a hyped up products. She can successfully purchase said hyped product and convince herself how truly wonderful it is when in fact it’s utter garbage. For the past few days she’s been trying to convince herself how awesome Art Deco Eyeshadow Base is and failing miserably. 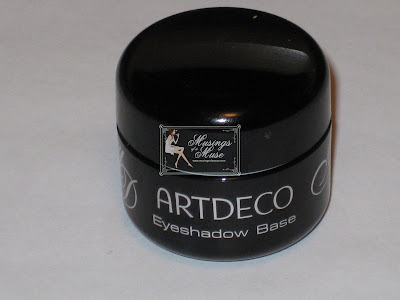 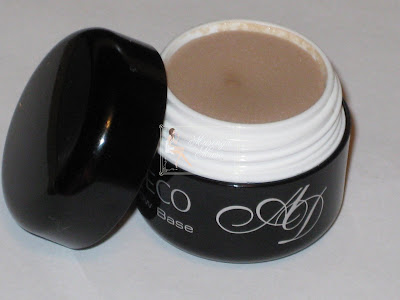 After careful thought and consideration she’s decided it was about time to admit to herself that truly this stuff was absolute rubbish. How sad.

After hearing the hype, reading the hype, and being fed the frenzy of all the amazing benefits and virtues of Art Deco Eyeshadow Base, the Muse decided she needed some for her very self. After all, according to makeup gurus far and wide, this stuff was ambrosia from the Gods above. 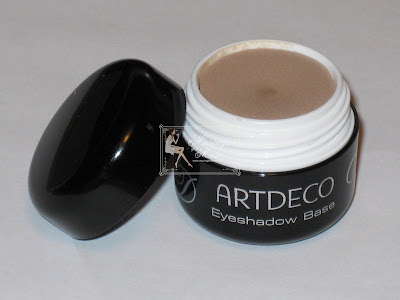 Art Deco Eyeshadow Base is around $9-$10 USD and comes in a rather cute little jar a la MAC Paint Pots. The packaging could likely get you so hyper that you’ll forget what a crap product is actually inside. The Muse has fallen victim to such cases in the past but with this particular product she actually did admit to herself that indeed Art Deco Eyeshadow Base needs alot of work to hit the right note.

Aside from it’s cute jar style packaging it doesn’t have too much going for it. The base is a creamy beige shade which applies transparent to the lid of the eye even though swatched it has a bit of a pearl almost iridescent finish. It does successfully deepen some shadows while doing nothing for others. Why this is, the Muse may never know, chalk it up as another makeup mystery of the world. After four uses with four different styles of shadow I found new love and respect for my Urban Decay Primer Potion. Art Deco Eyeshadow Primer does not hold my shadow all day, does not make a perfect base for shadows but it does successfully crease my shadow, make it melt off in cakey gobs, and successfully creates a very real mess. 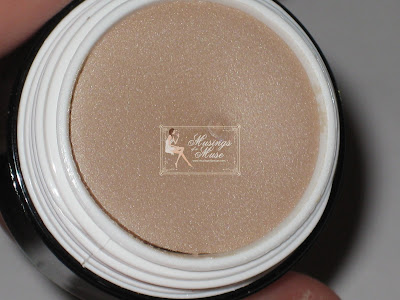 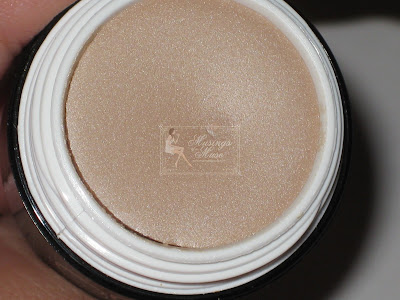 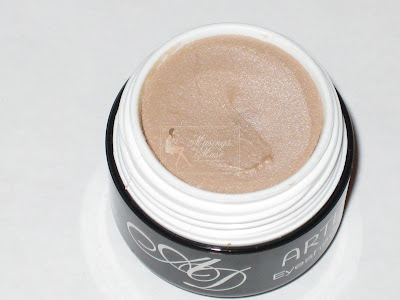 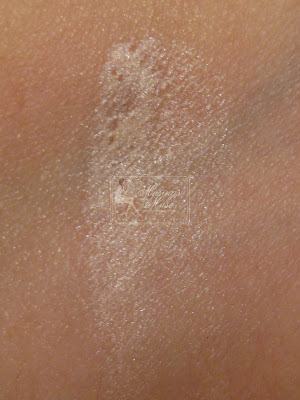 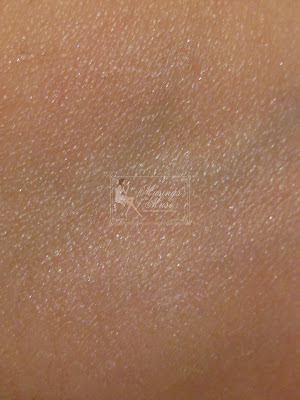 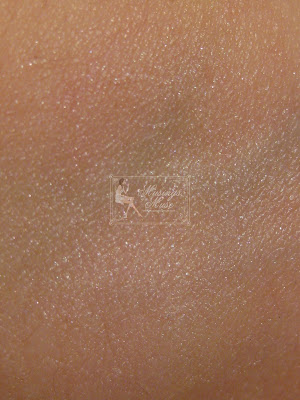 The product blends beautifully well and it does make applying my shadows a bit easier especially shimmery ones where fall out is a problem however it doesn’t do much for making my shadow last longer. The somewhat good news is that the base does successfully hold the shadow for a few hours however creasing begins quite quickly which leads up to your shadow becoming a cakey mess and finally ending with no shadow at all as it migrates all over the place. I wouldn’t say the product makes my lids oily however the base does turn into a bit of an oily mess which is where the creasing problems stem from I think. It applies quite well however after a few hours you’ll end up with a serious mess. 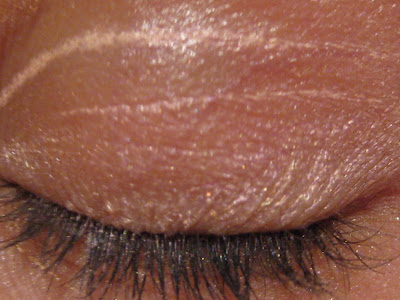 I wanted to love this one and I had some seriously high hopes for it. Sadly, it has little to redeem it and just didn’t work well for this Muse. I’m unsure if I was just my dislike of the product or I’m overacting as it does seriously sport some great reviews up and around makeup forums. Personally, big waste of money for me…I’ll continue trying to use it and see if it gets better but for now it’s a bit thumbs down for this Muse!

If anyone is interested I do have an extra, brand new in the box pot that I’m selling for $12 USD! E-mail me if you’d like to take it off my hands and see if it lives up to all the hype!

Making the Most of Urban Decay Primer