The Muse would never admit it but she has one too many pretty face powders. Pretty face powders are somehow her downfall and she can’t resit ones that sparkle, shimmer, or are just generally pretty.

Of course when she laid eyes on the Art Deco Holiday Collection one of the first items that jumped up and bit her on the butt was the Art Deco Glamorous Highlighter.

Oy vey…another shimmering powder to add to the big stash growing in this Muse’s vault! But hey a girl can never have one too many right? Just nod yes to make your Muse feel more comfortable about her obsession! 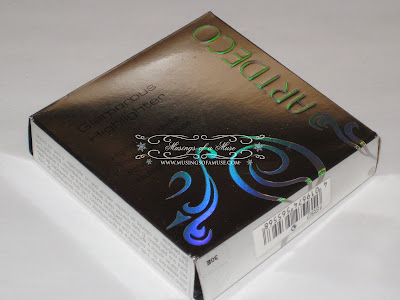 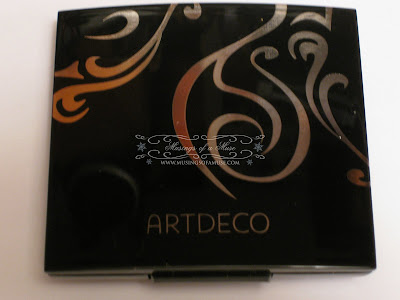 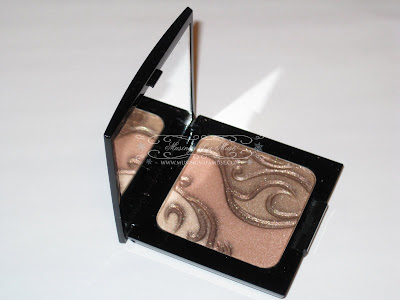 I guess we can chalk Art Deco Glamorous Highlighter up as being a really good deal considering it can be used as both a highlighter and an eyeshadow palette! W00t! That means I don’t feel nearly as guilty as I normally would adding it to my beauty vault of obscene powders. 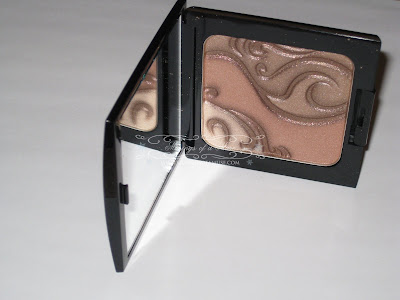 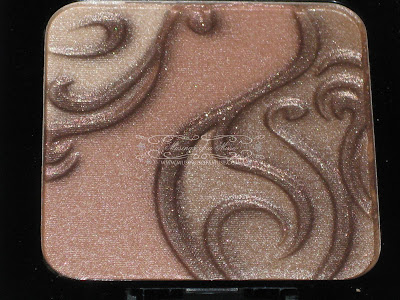 The palette consists of three warm shades that range from a creamy vanilla, a light brown with hints of peach, and a coffee brown shade. The colors aren’t really anything to get too excited about and I was actually a tiny bit scared to bother using them on my face as they look like they might be a bit muddy once combined. Although the shades start out as shimmery it sadly ends up quite matte as the powder contains a fine layer of shimmer that quickly disappears after use. Oh well so much for pretty shimmering powder! 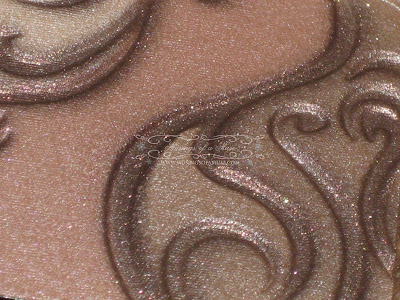 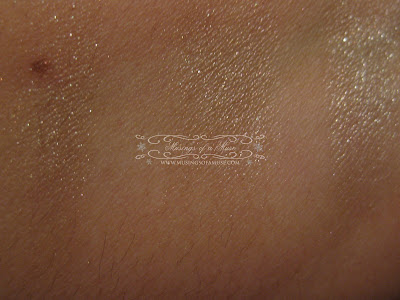 The powder actually worked quite well as both a blush and a highlighter as it was pigmented enough to give my cheeks a little pinch of a peachy finish. I haven’t tried it on my eyes yet but I think it’ll work equally as nicely as a sheer wash of shadow for the days I’m too lazy to do a complete look. In the photo below I’m wearing the highlighter on my cheeks 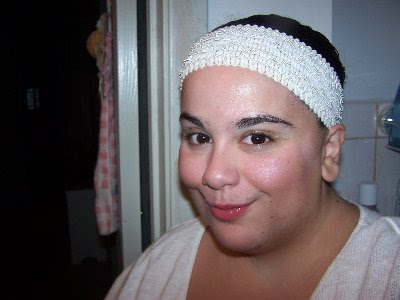 All in all the only disappointing factor was the lack of shimmer after just one use but by now I am used to products being sprayed down with a top layer of shimmer considering most Japanese palettes and compacts favor this method to make a particular item appealing and pretty. Even without shimmer the powder successfully creates a nice, natural finish on the face.

I think it’s kinda worth tracking down if you’re interested in collecting obscure European cosmetic compacts or you just love powders in general like the Muse! I’m not Muse Approving it for purchase but I will say I did like it overall.