I find it funny that my inbox has over 100 e-mails in it that are labeled “Doctor Who” in subject. I also got a few comments already as well in regards…to yes you guessed it…the new Doctor.

With all these outcries to the Muse I thought that indeed the good Doctor deserved his very own post because honestly, the regeneration of our beloved 10th deserves that at the very least right? 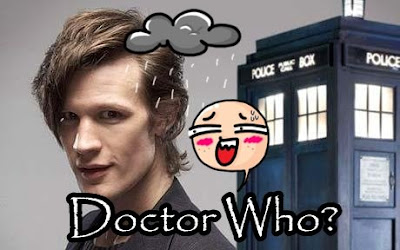 I fear that I haven’t felt this badly about a regeneration since my fond favorite fourth Doctor, the great Tom Baker, regenerated into Peter Davidson. For a long time I resented Peter for taking away my girlhood crush, Tom Baker but I slowly came to love him.

So the Muse has a basic statement to release on the casting of the 11th Doctor.

Yes, that’s it. Don’t Panic. Be a good hitchhiker and just don’t panic. If you’re a Who fan you’ve felt this way for every regeneration of every favorite Who in the last 30 years or more. We’ve all seen our favorites come and go. We’ve all mourned our favorites. I remember mourning Tom Baker, Peter Davidson, I even felt some remorse for the late, great William Hartnell. Believe it or not I became mighty attached to Christopher Eccleston as well and I thought it was god awful they were replacing him with David Tennant. Weird right?

We have something to look forward to right? Our Doctor’s personality will stay the same but with new traits and quirks. Yes, Matt Smith is virtually a no name but if you think about it David Tennant wasn’t exactly HUGE in the way of stardom either was he? At the moment Matt Smith (kinda ironic his last name is Smith…as in John Smith…) probably isn’t our top pick for the Doctor but he’s young, he’s fairly good looking, and who knows (who knows..pun intended) he may be the next best thing to David. 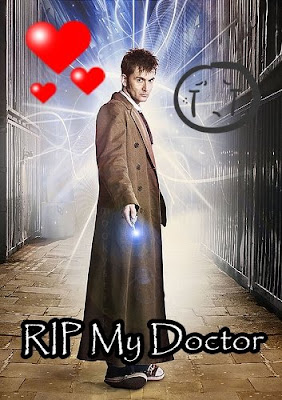 I think we should all remain calm and hope for the best. I have confidence that the writers will bring us a fantastic Doctor and although I mourn the loss of David I do embrace the idea of a brand new Doctor. I think David shows alot of class to pass the torch and not milk the “brand” that Doctor Who has become for all it’s worth. I think he recognized the fact that things can get old really fast and he wanted to be remembered as a great Doctor rather than a washed up Doctor. So cheers to David for making a hard choice to disembark the Tardis and make room for a new Doctor.

Chin up Who fans! We’ll be fine. We should be more worried over the fact that Catherine Zeta Jones might board the Tardis next season….now THAT worries me! You do know that she and the hub come as a package?

There, there now. Group hug!