Last week I told you that The Container Store is having 25% Off your entire in store or online purchase. It’s still ongoing if you’d like to indulge btw, up to April 13th w00t! 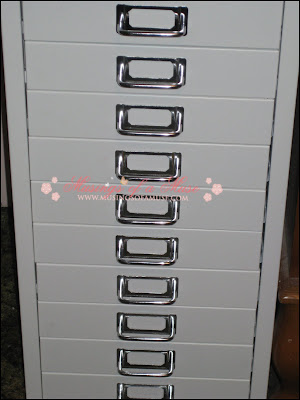 I had a hard time deciding whether I wanted to indulge in a Bisley Media Cabinet or a Helmer Cabinet from Ikea. I finally decided to throw my hard earned cash on the Bisley since it’s incredibly sturdy, very tiny, and fantastic for stashing away my makeup!

Jump ahead for the deets and pictures of my Bisley stuffed full of goodness!

The Bisley Media Cabinet is meant for collectors, particularly collectors of stamps or baseball cards. I don’t think Bisley was thinking anyone would want to stash cosmetics in their fine cabinet but that’s exactly what I decided to do. The cabinet is costly and even after discount it was an obscene amount to pay but it organized about 40% of my makeup stash and made my life alot easier so that in fact makes it priceless.

I feel guilty but I ended up also purchasing some of the dividers that are sold separately from the unit. Each divider has different slots for storing small items into. They have various styles of these dividers to customize your cabinet. They are rather nice and make organization key but I’d much rather they include these with the purchase of the cabinet.

Anyway! Without further delay here’s some pictures of everything stored away nice and neat. 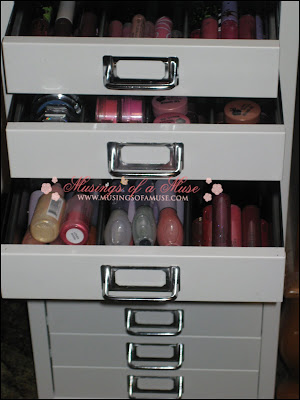 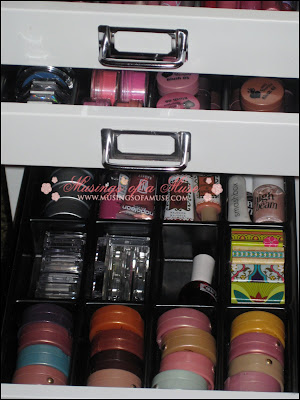 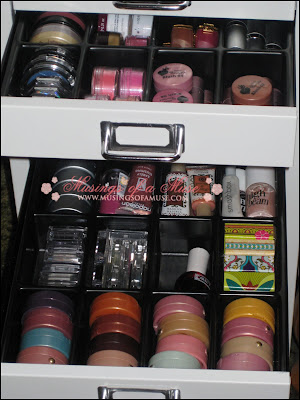 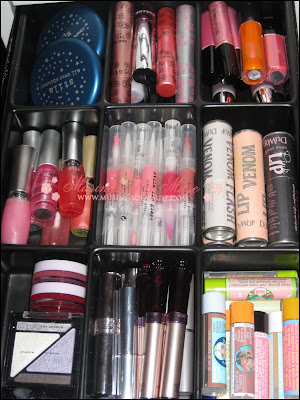 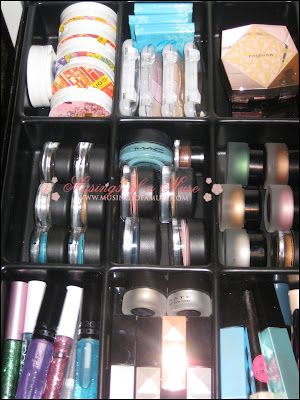 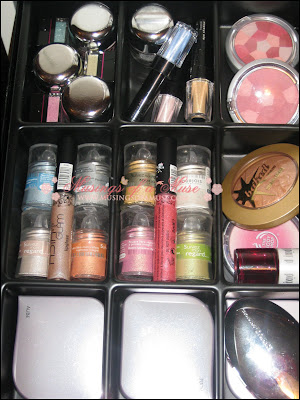 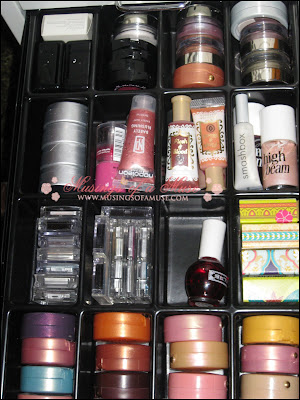 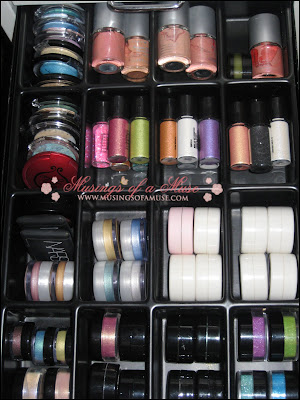 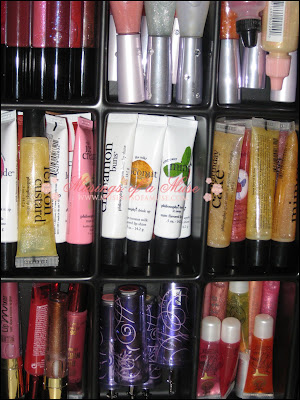 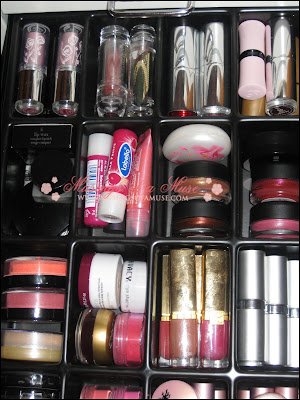 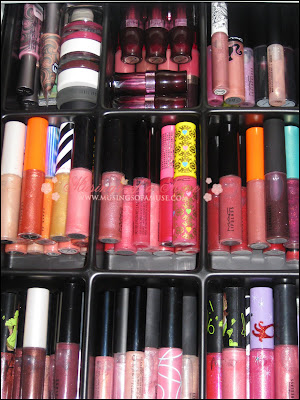 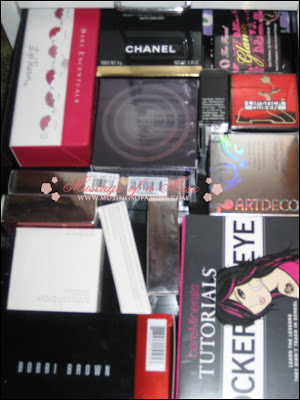 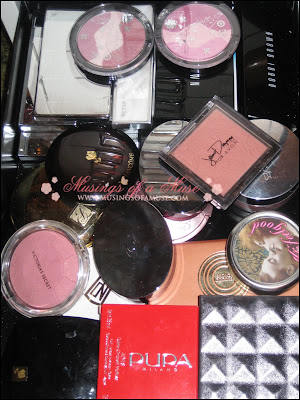 I’d honestly love to indulge in another cabinet to organize the rest of my monster stash but I think it’s a bit too much of an indulgence. Now I did avoid the Helmer from Ikea since it comes with the drama of putting it together plus I don’t think it’s nearly as sturdy as the Bisley. But maybe I’ll just get the Helmer for my second round of storage as the Bisley was rather expensive.

How do you store your stash?