According to every single review I’ve read, I’m supposed to love MAC Fix+Rose…but I kinda don’t and I’m feeling all guilty and bad about it. I really wanted to love this….why can’t I? 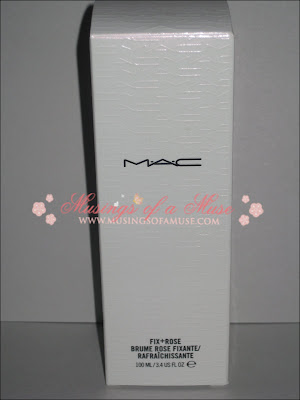 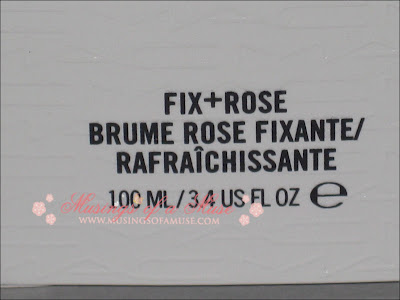 Jump ahead for the whining!

Ok, so it deserves to be mentioned the Muse never tried MAC Fix+ prior to this however when she heard rose her ears perked up. She really loves anything rose in her skincare, how very Victorian! So she was all impressed that MAC Fix+ was adding a little rose into the mix of things to create their new limited edition Fix Spray.

As per the bottle’s instructions I should be using this in one of two ways. As a toner…spray a bit on my face, moisturize, and rumble down with my makeup application or as a spray fix to keep my makeup in place. The Muse isn’t a stranger to good toner and I actually probably couldn’t live without toner. My skin is dry so toner definitely aids my moisturizer to sink in and absorb fully. The idea of using this after my makeup did scare me. Imagine having a full face of makeup on, concealer, powder, the works and spraying yourself with a toner, does that sound scary or is it me? But I was determined to make this work because the idea of this “fixing” my makeup in place all day was too appealing to pass up and I was thinking hey if it doesn’t fix it at least I’ll have a killer toner.

Yea well not so much came out of it as a toner or as a fix.

First of all I don’t like it at all as a fixing agent. After applying a full on makeup and spraying my face down with this, I end up with a bit of a strange, washed out look. It’s as if I was caught in the rain and some of my makeup wore off. I’m just not feeling makeup perfect after use if that makes sense. In it’s defense I will say I’ve only used it once as a makeup fix (and a few times after as a toner). I plan on testing further but I’ve just been a tad bit wary to do it. I loved the smell, obviously roses however it caused a strange tightening on my face which I didn’t love. I assume the slight tightening was the effect of the “fix”. As an example it always feels like I’m wearing a very light peeling mask. You know that feeling of the mask being in place and it tightens a tad bit? That’s how this feels. There was also a slight tingle, sting, burning sensation but that seemed to have disappeared since using it my 3rd or so time as simply a toner. As far as keeping my makeup in place all day…nope. Def not. If anything it washed half my makeup away with the first spray! 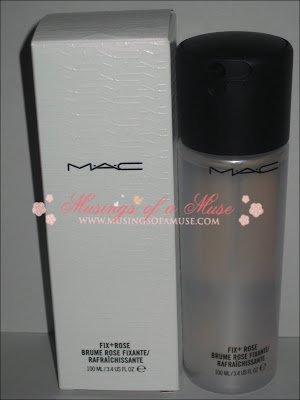 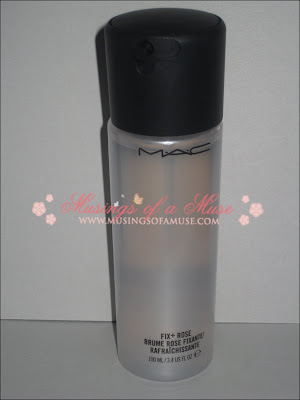 As a toner again I didn’t like it but will say it did an interesting job of removing the flaky skin around my eye area and cheeks. My skin is going through that period where it gets used to the warm weather and is shaking off the cold Winter so I get a bit of flaking here and there which isn’t always cleared up with exfoliation. This seems to aid my moisturizer in keeping my skin flake-free I think. But again I don’t like the tight feeling it gives my skin. I also failed to mention that, oh my god, this burns terribly if you get it in your eye and come on obviously you will since you’re squirting it on your face, it’ll STING! OW!

So at the moment I’m somewhat in limbo if I like this stuff or if it’s just another useless item. I’m still testing happily away but from what I tried so far it fails to impress. Thankfully I didn’t buy a case of this as I was so enamored by the rose! I will say it’s unquestionably a good deal, as all MAC products are, since it’s such a large bottle with a tiny price tag. I just wish it would work now…..

What are your thoughts on MAC Fix+Rose?

Or just on MAC Fix+?

Same experience as the Muse with it?