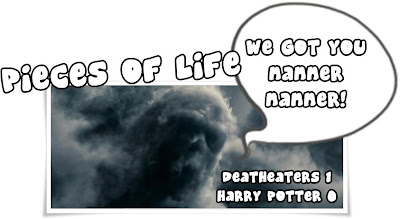 Miss me today? Sorry just been really swamped with everything and anything. What are you all up today? It’s a humid day in New York today finally some weather we can call Summer.

I have a slew of posts upcoming shortly.

Jump ahead for a bit more babble!

Keep it tuned here as I have a ton of good posts upcoming and scheduled for you. Cover FX Water Base Foundation, Too Faced Fall Collection, and a bunch of other goodies are coming at you shortly.

Harry Potter spoilage ahead so if you didn’t see the movie look away now!

As some of you know I’m a Harry Potter addict and went to see Half-Blood Prince on Tuesday night for the first showing. Phew what a piece of junk. I duly rename it Harry Potter and the Half Arsed Movie. What the hell were they thinking? They had nearly two and half hours to perfect 600 some odd pages of a great novel and this is what they bring us? What a disappointment. Sigh. I think the only redeeming quality of the film was the fact that Bellatrix (my favorite character) appeared in the movie more than the 6th book. For the most part they had some pretty fantastic scenes but it felt like they filmed these scenes and proceeded to edit them altogether. The results…a wishy washy film that jumped around so much my head spun. I read the book twice but I kept thinking to myself what if I never read the book? What if I went into the movie blinded folded and didn’t know anything about the sixth book….I’d be clueless if I went in without reading the book as they throw so many things at you without fully developing the story. They also took great liberties of adding in scenes that never even happened in the book, what in the world are they thinking here? On top of these insults you have this stupid ending without a fight and a simple whip of Snape’s wand and some softly muttered words of Avada Kedavra and our beloved Headmaster is dead. What happened to the battle between the students and the Deatheaters? What happened to the spell cast on Harry to keep him immobile? He was left hiding out and cowardly while the man who mentored him was ruthlessly killed and watching like an idiot. Geez way to kill a moment. And the funeral? That’s cut.

It a was mess to say the least. I was really disappointed.

Thanks for listening to my Potter babble.

What are you up to today?

Anyone see the film yet?

What new makeup are you playing with?

Be back soon with new posts!