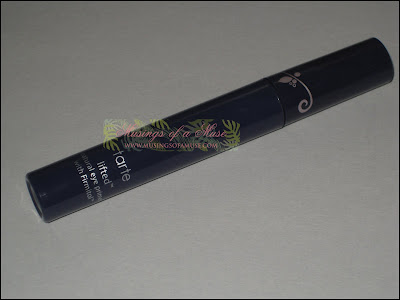 Ahh primer. The Muse recalls a time without primer, this was during the dark ages when the world of eye shadow had never heard of such an incredible thing like primer. I remember those days well as that was the time I’d come home after a full day to creasing, faded, gross looking shadow all over my lid. It would either be completely gone or creasing so much that it looked like I had a second eye lid eww!

Those days are thankfully long gone and many a brand has released primer of it’s own in some shape and form. I’ve tried many a primer in my day and I’m about to review a brand new one for you!

For it’s new Fall Collection Tarte has released a brand new shadow primer for not only prepping for shadow but also for smoothing lids out for a younger look.

Jump ahead for a review and a peep at Tarte Lifted Natural Eye Primer!

With an incredible formula that’s free of fragrance, gluten, dye, talc, parabens, and many other harmful ingredients this primer is as green friendly as they come.

Now I can’t speak for lifting my lid as I’m not in any condition to speak on such matters as of yet but supposedly Tarte Lifted Primer works to tighten eyelids and the surrounding area for a younger, smoother look. This could prove a perfect tool for those who are aging a bit and are having issues with fine lines on the lid or a droopy area in and around the lid area. The formula contains something called Firmitol which aids in this firming technique. Again, I can’t really say if it works or not as I don’t yet sport wrinkles around my upper eye area but it sounds quite interesting and unique as many primers don’t have this option.

Rejoice at the packaging as a certain known brand we all love makes us terribly irritated when we can’t get all our beloved primer out. This is a straight line tube so you’ll capture every drop, every time, without waste.

The formula is considerably looser and runny when compared to other primers I tried. This did have me worried as the harder texture of other primers seems to fit over my lid like a glove allowing shadow to sit on the primer and not the lid which in fact makes it last long. Such a loose, runny formula had me worried that it would mix with my shadow and create a bit of a mess. First application is easy with the enclosed sponge applicator. Tap some on your lids and blend out. Your lid will remain slightly wet with the primer for a second or two…again me panicking over this as I thought for sure this wouldn’t work well. I will say it blends very nicely onto the lid and smooths on perfectly. 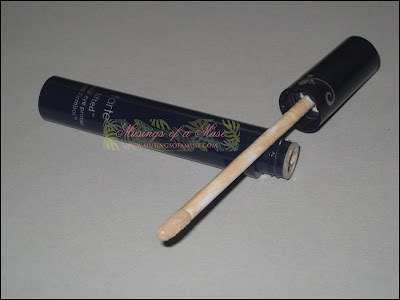 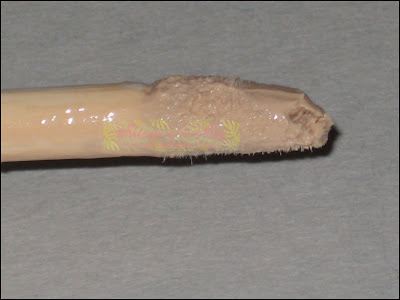 As I mentioned it’s wet texture had me worried about the results but after a quick dry down period (30 seconds or so. Just do your hair, foundation, or concealer while it sets) all is ready for my shadow application. Shadow application and blending was easy no hiccups with the formula pilling or creating any known problems. As for wear it wears well and it wears long as a good primer should. I can get an entire day/evening out of the primer without fading or creasing of any kind. It keeps my shadow in place without a problem.

Overall, it’s friendly packaging, decent price tag ($20), and easy to blend formula makes it a winner for me. Plus the added benefits of a “healthy” formula could tempt many to change the primer they are currently using to replace it with Tarte Lifted Primer. The ability to lift the eye area is also an interesting perk which I’m sure I’ll be taking advantage of in a few years.

Not bad Tarte on your first real primer release. Likey!

Wanting to haul it?