I’m a complete concealer h0r so of course I had to get my hands on this as soon as humanly possible. After a variety of trips to the Walmart I was finally able to track this down. Believe me heading to Walmart more than once is like removing teeth from my mouth without anesthetic, god help me. But for concealer I was willing to do it.

Hard Candy made a huge mistake with this launch as Lite Bright Concealer although available in four shades, basically caters to one skin tone. All four shades mistakenly embrace pinker undertones so fair to medium fair might find a suitable match but anyone else is out. I actually picked up medium and tan. Yes, tan. Even Tan was too light…! Putting aside a poor color selection I was ready to give the concealer formula the benefit of the doubt considering Hard Candy has done a fairly good job with both Undercover Agent and Glamoflauge. I had no doubts that the Lite Bright formula would be equally fantastic.

Far from fantastic! I fear the poor color selection was just a prelude to how bad things could get.

This six dollar concealer comes in a click style pen which I was really all about. Easy to travel with, easy to brush on and blend out, awesome props for great packaging…

The problem though not only lays with the poor color selection but also the formula. This is a creamy thinner consistency concealer with very little pigmentation. It’s not illuminating thankfully so there isn’t sparkle or shimmer or even an iridescent finish to it. I like none of these things under my eyes anyway as it just accentuates flaws so I was quite relived all that “illuminating” aspects didn’t exist. 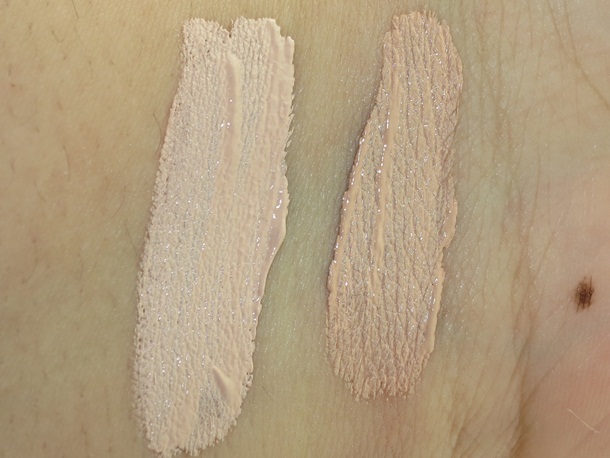 At first the formula feels quite light and lovely but it dries down super fast. As soon as you apply before you can blink your eyes or bring a finger up to blend it proceeds to dry down. This causes not only problems with blending it out but also issues with keeping it from creasing into finer lines and having a very unflattering finish. The formula is very dry and proves impossible to blend out correctly. On top of the blending issues I also felt like it offered VERY little coverage. After wearing it for an hour I had to remove it because it began to accentuate finer lines and the dryness ended up aging my eyes rather than concealing them.

Sadly, Hard Candy didn’t fare to well with Lite Bright. They had a few hits with their past concealer but Lite Bright is a huge fail. The dryness, difficult to blend formula, and lack of coverage are just a few reasons not to bother with it. Six dollars is a fabulous price and this would be a great budget pick if it weren’t for the very poor formula.