Covergirl Bombshell Volume Mascara was created with two sides each side having a different applicator and formula of mascara that performs two separate jobs. The first applicator reminds me of the original Lashblast applicator as it is huge and club-like (I’m always scared I’m going to lose an eye when I apply using applicators like this). The mascara it applies is an inky pigmented black and doesn’t make my lashes stiff or crunchy. It adds some volume but…nothing dramatic and no real length. The second step is to apply using a smaller applicator with a more glossy mascara formula. This applicator is used to intensify the look. I’m not really sure what intensifies means to Covergirl. Could mean it helps separate your lashes after applying the heavier volumizing formula, it could mean it adds a glossiness to lashes that the original formula lacked, or as they say it just sets it…who knows for sure but personally I noticed it added a bit more length as without it my lashes were stubbier after the initial application of Step 1! This applicator is a bushier, smaller brush compared to the larger one. It isn’t plastic like step 1’s brush and it’s more of a traditional mascara brush. I actually don’t really notice any difference in my lashes once I apply it on top of Step 1’s formula. 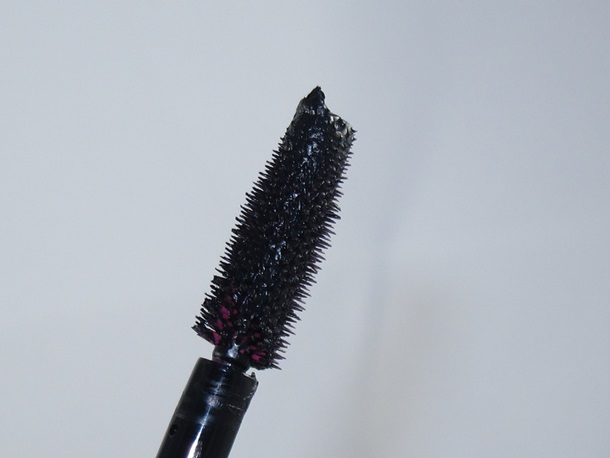 I must be missing something…applying it wrong? I haven’t a clue. I tried it several ways and even curled my lashes the last time around and I’m just not seeing the intense volume that they promise. It doesn’t smudge on my drier eyes nor did it smear it flake and the wear was fairly decent. I didn’t get any curl from application but I did see some length when I used the secondary applicator. Overall, the length was nice but I really missed out on the volume that the formula is marketed for! As always Lashblast formulas are just a severe disappointment to me.

If you love Lashblast there is a strong possibility that Covergirl Bombshell Volume Mascara is going to be on your hit list. For those of us that never had any real success with the Lashblast line of mascaras, well, Bombshell isn’t any game changer as I experienced the same results I’ve experienced with all the Lashblast mascaras.

I’d LOVE to hear your thoughts!