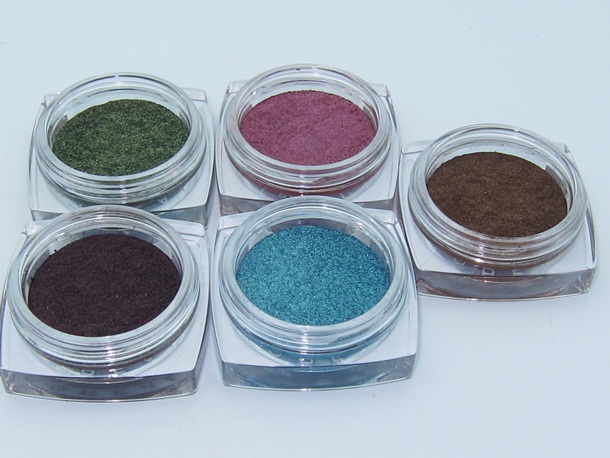 L’Oreal Gilded Envy Infallible Eyeshadow is one of several new shades of L’Oreal Infallible Eyeshadow releasing for Spring 2014 at drugstores. I’m unsure if these shades are permanent or limited edition but I suspect they maybe here to stay so if you haven’t yet found them no worries I have a feeling they’ll be in the permanent display shortly! I think there have been a good deal of greens that launched in both the permanent and limited edition range such as Gleaming Bronze, Golden Emerald, and Golden Sage. I think Gilded Envy was something I felt like I didn’t need because I had so many variations of green already in the Infallible formula. It’s possibly most comparable to Golden Sage but a bit more of a dirtier green.

I’m inclined to call it a khaki green but it isn’t really..the shade has more of a mossy green element with some silver to it. I actually have a shade of Lancome Color Design Infinite Shadow called Electrifying Sparkle that’s almost a dead on duplication of the shade and this isn’t surprising considering Lancome and L’Oreal are sister brands. Of course, the Infallible is heaps cheaper.

This is a shade that’s incredible on brown eyes. I always feel like green works so very well on brown eyes and this adds a certain mystery and sultriness to eyes.

I feel like L’Oreal has improved on the formula with these new shades as the texture is more refined, less flaky and chunky, with a good less frost when applied. I’ve always felt the formula was very cakey once applied and heavier. However, the consistency feels a good deal lighter and isn’t as glittery and frosty when applied. I also experience less fall out than I typically do during application which was a plus. Sponges are key though! An eyeshadow sponge applicator always packs on color nicely and you can avoid fall out and also get a smoother finish with Infallibles by using one. Color held strong all day without migrating or creasing on my drier eyes.

Overall, L’Oreal Gilded Envy Infallible Eyeshadow is a nice pick up. The formula is a vast improvement on past shades, and the color is unique enough to warrant a purchase (so long as you don’t own Lancome’s version of course!).