Covergirl Full Lash Bloom Mascara by Lashblast is a new Spring 2015 mascara release for the brand that promises longer lashes that are soft to the touch and never stiff.

I have to say…another day, another very disappointing Lashblast product. Covergirl Full Lash Bloom Mascara will likely be hailed as a great mascara for fans of the original Lashblast Mascara range. Personally I have never had a huge amount of access with ANY of the variations of Lashblast. I wish I can rave it the way so many people do but it does nothing for me…!

Full Lash Bloom Mascara promises longer, full lashes thanks to a formula that contains natural beeswax. The beewaxes helps to keep lashes from being stiff or brittle after application and the petal shaped brush with spiky points acts to grab lashes and pull them up and out.

I got some length from it but zero volume. The brush, as with all Lashblast products, is rally quite big and I feel like I’m creating a spider-y mess of my lashes if I’m not careful. The best technique is to curl prior so your lashes are pull forwarded and prepped for the mascara. This method will also ensure that you aren’t creating a mess during application. The entire “touchable soft, full lashes” doesn’t quite ring true for me as my lashes felt a bit crunchy after the mascara set. It really gives zero curl and zero volume but does add some length to my already longer lashes. On the other hand my reader Lacy tried it out and she actually had really good results as you see from her photos below. Her results were much better than my own as she said it did a good job of curving her lashes upwards and giving good length but like me she felt it lacked volume. 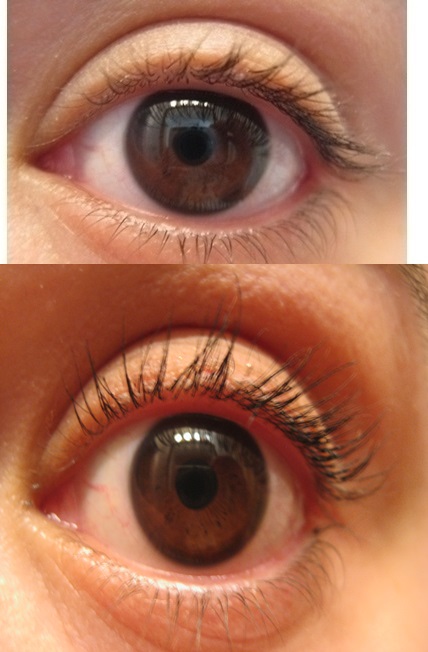 We both had good wear from it so no issues with it flaking or smudging which was a plus.

I feel like Lashblast formulas aren’t for everyone. Some lashes it works really great for where as others not so much. I happen to fall into the “not so much” group unfortunately. I picture Covergirl Full Lash Bloom Mascara being quite popular with Lashblast fans but it’ll likely prove a skip for those who haven’t had success with the line in the past. I did note the fun and cute new packaging…this comes housed in a bright pink barrel with cute flowers on it. So yet again we see Covergirl reaching out to a younger demographic this year! This was especially the case with their Katy Perry Instaglam campaign and looks like we’ll be seeing it upcoming in many of Covergirl’s Spring 2015 and Summer 2015 launches.