The Urban Decay Vice 4 Eyeshadow Palette is a new, limited edition palette that contains twenty new and limited edition shades although you might need to take “new” with a grain of salt as across the board you’ll likely find dupes for these shades in past Urban Decay Palettes you might already own. Several hundred years ago in a land not so far away I happened to be a complete shimmer addict. Unfortunately, times they are a changing and I tend to avoid chunkier, glittery eyeshadows as my eyes are starting to age and glitter isn’t a girl’s best friend when you’re sporting finer lines under your eyes. Why am I telling you this? Because eleven out of twenty shades are micro-glitter or sparkle eyeshadows with major fall out. I have to say Kiddie Pool is one of favorite Urban Decay Eyeshadows but nowadays I just can’t handle all the fall out and the clean up that goes along with it. The good news is these may apply with fall out but through the wear I didn’t experience issues with fall out.

But hey, if sparkle and glitter is your thing you’ll love the Urban Decay Vice 4 Eyeshadow Palette.

This palette has some incredible shades and this palette also has a few shades that didn’t perform well so it is a mixed bagged but we’ll get on that a bit more later! Let’s talk packaging first.

This comes in a slim case with a coordinating bag to protect your Vice 4 during storage or travel. The compact is made from a sturdy plastic and has a double layer top that gives the appearance of shattered glass. It’s a nice compact design and it has that edge-y Urban Decay vibe with a very generously sized mirror as well as a double ended shadow and crease brush. I actually prefer the brush over the eyeliner shade that UD sometimes includes with palettes. The brush is well made with soft bristles that are shed-free plus it makes application on the go very nice as one side applies and blends shades and the other side is great for detail work or lash line application. All the shade names are printed directly on the palette which I always find helpful versus printing them on the back of the compact or even just on the box. The shades are apparently inspired by Urban Decay Oil Slick Eyeshadow but I didn’t get that vibe as these aren’t blackened shades really to me as when I think Oil Slick I think black shimmery eyeshadow. Perhaps they are referencing the Oil Slick finish which does contain glitter not sure!?

The palette is dominated by micro glitter finishes but you do get some softer mattes and a few satins in this batch. I think there’s some incredible shades in this palette like Flame (which does have major fall out but is such an outstanding shade of shimmery burnt orange) were as others like Grip aren’t as fabulous. 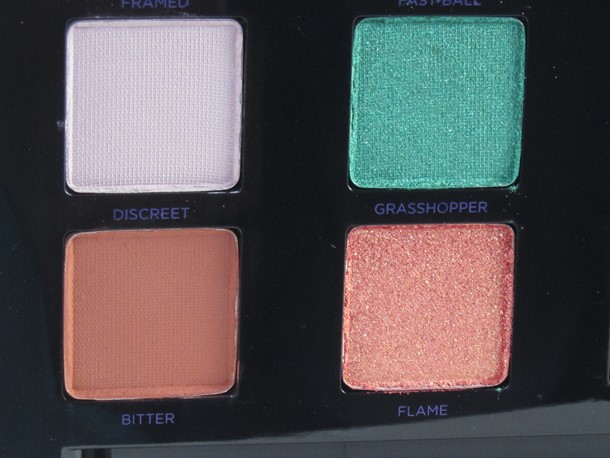 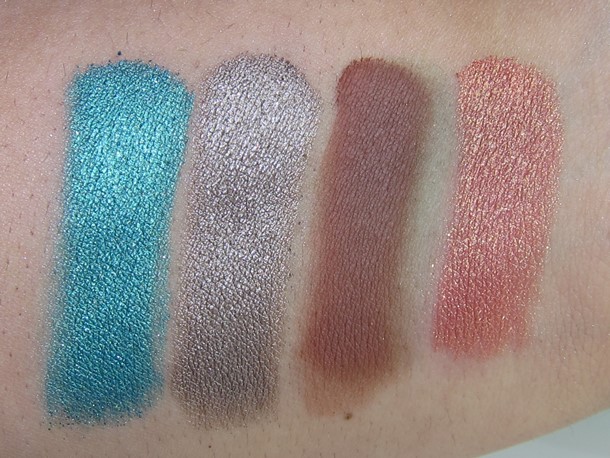 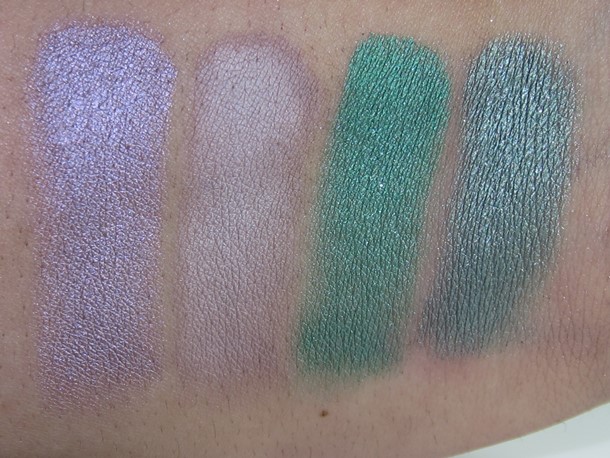 On the upside I’d say about 85% of the palette was totally winning for me but about 15% of the shades were a little iffy. Grip, Low, and Delete all proved disappointing shades that blended patchy and had a stiffer, drier texture. But even though there were some losers here I still felt many, many of the shades performed well with excellent pigmentation and yes, some fall out but not nearly as much as I imagined I’d experience. You do have to watch out for some of the micro glitter shades though as they tend to have more shimmer than pigment! Sadly, that’s kinda the case with Flame so I ended up using it on top of Bitter which really helps the shade pop (it’s probably my favorite shade in this palette). For my look above I really wanted to go Fall with my look and also wanted to use Flame! So I applied Bitter all over my eye, patted Flame on top, and I applied a little of Delete blended at the outer corners. It’s just kinda a basic Fall eye look but I liked the way it came out!

Urban Decay Vice 4 Eyeshadow Palette isn’t a pick for shimmer or glitter haters that’s for sure! But I see this being very appealing to those who like jewel toned shades that are deep, rich, and pigmented. There’s a lot of good stuff in here but you have to weed through some of the bad to get to the good.