I don’t know if I’d call 2016 the Year of the Concealer but there are some excellent concealer formulas (and some duds) that released this year so, I thought I’d do a best concealers from 2016. I thought I’d round up some of my favorite formulas from this year and briefly discussed why I liked them.

Because, if nothing else at all, I’m a complete concealer junkie. I think a lot of people rely on concealer for both facial imperfections as well as under eye ones. Thankfully, my complexion is blemish-free and fairly resilient which means I don’t really use concealer for areas around my face. I actually exclusively use it under my eyes. Why? Because I’m prone to puffiness and also finer lines. My eyes look generally tired if I don’t slather on concealer. It’s a product that I rely to give me a perky appearance.

So, here’s 5 of the Best Concealers from 2016 that made tired eyes look bright, perky, and puff and fine line-free!

Some you may have tried, others, I hope, are brand new to you and might excite you enough to indulge in them.

Edward Bess Undo Time Blurring Concealer
Edward Bess’s formula is extremely pigmented. This the guy you want in your arsenal for days your dark circles are playing a starring role in ruining your day! I like how creamy this formula is and how it doesn’t settle into finer lines. I also love how brightening it is as it makes my eyes perk and well rested after applying and blending out! Kat Von D Lock-It Concealer Creme
It wasn’t for everyone but Kat Von D’s new Lock-It Concealer Creme impressed me. It’s thick, super pigmented, and some would say difficult to blend but I find the texture just right for my tired eyes. It’s super creamy and applied sheer (and built up later) I had no issues with application or blending. As promised, it brightens up the entire eye area while concealing even the darkest of dark circles. Tarte Shape Tape Contour Concealer
If you told me that I’d love Shape Tape Contour Concealer when it originally released I’d have probably called you a liar. Tarte promoted this as a matte, contouring concealer that I felt for sure I’d hate. Matte? Under these dry eyes? No! Turns out the formula is actually incredible. It’s not only pigmented but super creamy and easy to blend and although matte in finish it never settles into creases, never looks dry, nor does it add dryness to my already dry under eyes. Not to mention it works incredibly to brighten the entire eye area up and conceal my pesky puffiness (and dark circles when they come out to play)! Yes, it’s as great as everyone is telling you! Not to mention Tarte just launched it in several new shades! 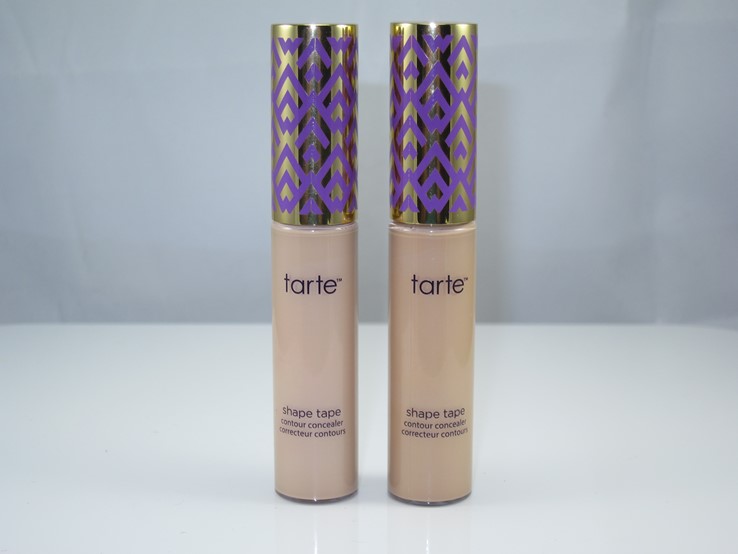 Tarte Rainforest of the Sea Aquacealer
Speaking of Tarte concealers, if you can get past the smell Rainforest of the Sea Aquacealer is a surprisingly brilliant formula as well. This watery yet creamy concealer formula is highly pigmented and applies beautifully under my drier eyes. Problem? It smells like a magic marker! But don’t worry the smell doesn’t linger thankfully! Amazing Cosmetics Amazing Concealer Hydrate
If there’s a best in dry eye class someone please award it to Amazing Cosmetics Amazing Concealer Hydrate. This little stick has a slick, easy glide under dry eyes and blends like a pure dream. A little more pigment wouldn’t go amiss here but overall, for dry eyes this is a true gem of a formula that’s has a hydrating formula that doesn’t crease under eyes plus blends as smooth as melted butter! What are some of your best concealers from 2016?