CosRX Advanced Snail 96 Mucin Power Essence ($16 to $21) is one of several CosRX skincare products that are starting to arrive at Ulta as they continue to grow their selection of K-Beauty. CosRX may be a familiar name to you as it is one on the lips of Korean skincare lovers. If nothing else CosRX can be blamed for much of the moisture that dry, dehydrated skin needs and when used in conjunction with other skincare it can help to add much needed hydration as well as aids to retain that moisture.

Unlike many snail secretion skincare, CoxRX can lay claim to the fact that their essence contains nearly 100% snail mucus. If the idea freaks you out, don’t let it, because honestly snail secretion can be very good for many skin types. CosRX Advanced Snail 96 Mucin Power Essence is an inexpensive and effective way to add more moisture to drier skin. I’d recommend it to anyone with drier skin or more importantly for aging skin that would like to soften finer lines and wrinkles while adding a little more bounce back into their skin. It’s apparently an excellent way to reduce redness caused by blemishes but I can’t really speak for that because I’m not one prone to breakouts nor do I have acne scarring or redness from acne.

This comes housed in a 3.38 oz pump jar that will run you any where from $16 to $21 dollars depending where you purchase it. It’s a formula where a little goes a long way so, you’ll be using this bottle for a while.

I find that essence is to light a term for this formula and I tend to apply my essence prior to this. So, I’m using it more as a serum. The texture and formula remind me more of a serum and that’s exactly how I use it. If you’d like you can use essence first followed by this or you can use this as your sole essence. It’s entirely up to you. This is a thicker, runnier texture that does feel a little slimy. Don’t get nervous! I made you nervous bringing slime in here didn’t I? Don’t worry! It does feel a little strange but I promise it absorbs easily and doesn’t leave a tacky, slimy, greasy or oily film on skin. It contains no scent or fragrance either.

What can you expect from it?

Well, as I said I don’t have issues with acne but apparently from reviews I read it’s wonderful for healing redness from acne or scarring. I have drier, duller skin so, I experience lasting moisture and hydration from this formula. My skin feels smoother and softer after use and it’s a perfect base for my moisturizer which absorbs a lot more easier when used over this. Not to mention my skin feels plumper and there’s more bounce to it. Apparently it brightens but honestly, anything that provides good moisture will make duller skin look brighter and happier. So, yeah, sure you’ll notice your skin looks happier and brighter after using it.

As essence becomes more and more of a staple in skincare diets across the world, not just in Korea, they’ll be plenty of choices and products to make. But if you’re looking for the best of the best, CosRX Advanced Snail 96 Mucin Power Essence does top the list.

CosRX Advanced Snail 96 Mucin Power Essence is worthy of a purchase if you’re venturing into the world of essence or looking for an excellent serum that adds plenty of moisture and helps to retain it. 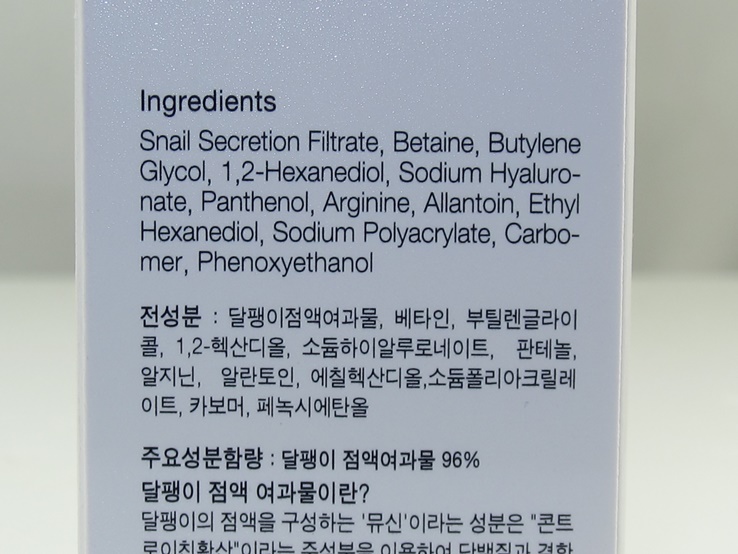