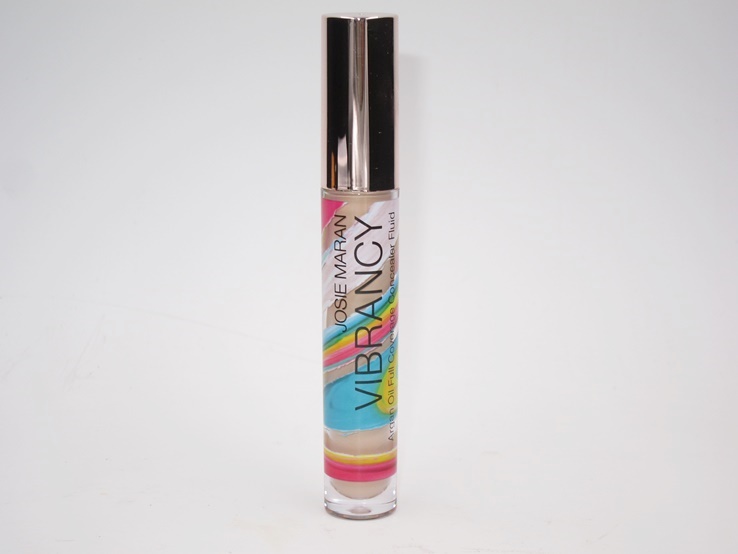 Josie Maran Vibrancy Argan Oil Full Coverage Concealer Fluid ($28) is a new full-coverage argan oil infused concealer that acts to brighten, and hydrate the skin under your eyes. It actually has a host of skincare benefits according to the brand but I’m not going to get into any of that because I truly don’t believe this can de-puff my eyes or firm my skin, etc…! Sorry, but I just don’t a concealer is going to do all that.

Instead I’ll discuss the color options, formula, texture and wear and not the really huge promises that Josie makes about this being a hybrid skincare concealer product. Josie Maran Vibrancy Argan Oil Full Coverage Concealer Fluid is 0.17 oz in size and is available in seven shades. The shade selections is pretty small considering how brands are going to such extremes to create concealer and foundation ranges that top each other out lately. Yes, true, we are not all one shade but somehow, someway, it has become a thing to release 100 plus shades in concealer and foundation nowadays and the funny thing is most of the shades end up not working out for most people despite all that variety. Case in point, It Cosmetics re-release of Bye Bye Concealer which has a slew of shades that are light, light, light. Weirdest release ever. I was playing with the shades in store and I think I was a Medium Buff which is more like a light medium. So yeah, saying the shades are way off is an understatement.

Anyway, ranting aside, the reason I mentioned the 100 + shade release is because Josie went rather small with this launch and merely launched seven shades and after trying two of the seven I can already see I’m going to have issues with the shade range. Light was too light and Medium was too dark so, I’m somewhere in the middle but there is no middle shade. Woe is me!

Lucky enough I spent a lot of time outdoors while I was in Chicago and even with plenty of SPF I still managed to catch a tan because I tan easily so, Medium is kinda sorta working out for me but likely won’t work for long once my tan fades.

Here’s the good news though.

If you can find a shade match I think the formula is rather great. It’s creamy yet thin and it applies and blends very, very easily. It’s very lightly hydrating and I had no issues with it creasing or caking. The coverage isn’t “full-coverage” as promised but it is sheer to medium dependable how much you apply. I was able to Happily concealer my tired, puffy eyes without an issue. Not to mention the formula feels great under my drier eyes. I did feel the need to set it with a dusting of Banana Powder as it seems to wear away quickly (about five hours of wear before it sort of fades and disappears but around eight if I set with powder). 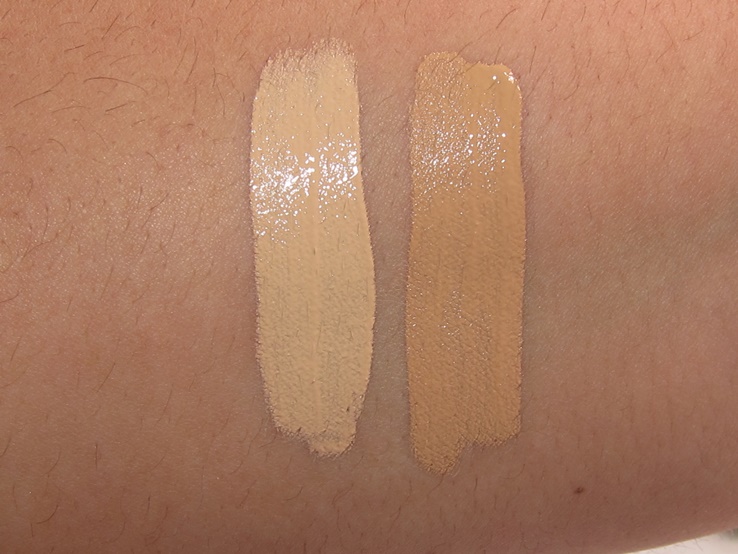 The shades are a hot mess but the coverage and the formula are very good. It does remind a lot of the new First Aid Beauty Hello FAB Bendy Avocado Concealer in text, wear, and coverage so, if you already own that formula I don’t think you really need to purchase this.

Josie Maran Vibrancy Argan Oil Full Coverage Concealer Fluid does have shade issues but if you do happen to find a match you should enjoy this formula if you have drier eyes as it applies beautifully well without being dry. Not to mention it doesn’t crease or cake into finer lines!

Josie Maran Vibrancy Argan Oil Full Coverage Concealer Fluid is a new, permanent sheer-to-medium coverage concealer that’s $28, 0.17 oz, and available in seven shade selections. The concealer has a nice creamy consistency that applied and blended well under my eyes offering very light hydration which allowed the formula to wear without creasing for five hours. It did fade easily by hour five but I was able to extend the wear by setting it with powder which resulted in a stronger and longer wear of eight hours. I had no issues with the formula and felt like the texture and consistency was lovely. However, the shade range is iffy! I purchased Light which was too pasty for me and I also purchased Medium which was too tan for me. I seem to be in the middle of the two but not shade is offered between those two sadly which means I won’t be able to benefit from the lovely formula if I can’t get a shade match! What a shame!

If you can find a shade match I think Josie Maran Vibrancy Argan Oil Full Coverage Concealer Fluid will be a hit for older, finely lined eyes that run drier!