Physicians Formula Coconut Milk Eye Makeup Remover ($5.95) is a new coconut infused creamy eye makeup remover that just recently launched on the brand’s site. Apparently, this is available in stores as a few of you related to me you saw it at Target but I haven’t had any luck finding it and ended up ordering it from Physicians Formula’s website because like most brand’s Physicians Formula is leaning towards launching their newest items on their site prior to in stores.

I wasn’t going to purchase Coconut Milk Eye Makeup Remover because I’ve tried cream eye makeup removers in the past like Neutrogena Eye Makeup Remover Lotion and the experience was just horrible. I’m more of a bi-phase kind of girl thanks so much!

With my reservations firmly in place I still ordered this and here’s how things went down!

Physicians Formula Coconut Milk Eye Makeup Remover arrives in a 2 oz squeeze bottle and is priced at $5.99. Already, this was a problem for me. I use eye makeup remover everyday when do brands continue to make small bottles of it? Just once I want a brand to bring out like a 16 oz bottle of eye makeup remover. The biggest around is like 4 oz! And for some reason I can’t use Beauty 360 Gentle Eye Makeup Remover (which was once 11 ounces of joy) anymore because it seems to dry my eyes a little bit during the Winter months! I find $5.99 for 2 oz too expensive for something I use daily. I can get Neutrogena Eye Makeup Remover which is 3.8 oz for $4.50. Call me cheap but it bothers me that they package up eye makeup remover in a 2 oz bottle. I can go through that in a week and a half easily as I wear eyeshadow, mascara, etc daily and it always needs to be removed at the end of the night.

Anyway, size aside the packaging is also far from user friendly. As I said it comes in a squeeze bottle but I use the term squeeze very loosely since the plastic is very hard which makes it really, really difficult to squeeze out the product. I really struggled with getting this out of the bottle. They should have placed in a lighter plastic bottle that could easily be squeezed. This plastic is just too hard.

The texture is quite lovely with a light, creamy consistency that felt like a lightweight moisturizer. It has no fragrance at all. To remove your eye makeup with it you’ll close your eyes, squeeze a dime size amount out of the bottle (I had to use more as a dime size wasn’t quite cutting through my eye makeup), and rub it around your closed eyes. I was concerned about this as I thought it would burn or irritate my eyes as cream eye makeup removers are prone to this issue. But I didn’t notice nary a tingle and I also didn’t have any issue with cloudiness after removal. Once you massage it on you can wipe it off with a tissue. I felt the need to wipe it with a tissue but also to rinse with water as it felt like I had a good deal of residue it left behind. I’m going to throw it out there and say I hated removing it with a tissue as the tissue ended up tearing and leaving little stray pieces of tissue on my face and eyes. I’d say it removed about 85% of my makeup but there was some mascara it left behind. 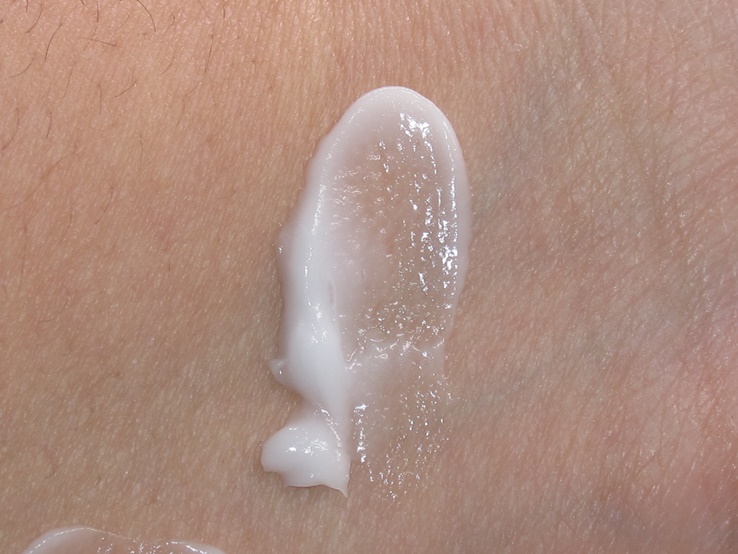 I didn’t love that it gave me a bad case of eye boogers. All the cream migrated into the wells of my eyes and proceeded to move towards the inner corner of my eye creating this gross eye booger thing. Yeah, I said eye booger. It was weird. I found myself pulling down on my lower eye and trying to scoop some of the cream out of the well of my eye area. It was gross. This is well after I tissued it off and washed it off. It just left a lot of weird residue behind.

I also didn’t love how much I had to abuse my eye area to remove my makeup. First massaging it in, removing it with a tissue, rinsing it off…It’s a lot of tugging and touching etc…!

The good news is the formula’s actually quite hydrating around the eye area. It’s feels very good and it does leave the skin around my eyes nicely moisturized. However, that being said I think Physicians Formula Coconut Milk Eye Makeup Remover is expensive with faulty packaging and a formula that didn’t quite remove my makeup 100% without some hiccups!

Physicians Formula Coconut Milk Eye Makeup Remover is a new cream eye makeup remover that’s 2 oz in size and $5.99. This is a coconut-infused formula but it doesn’t smell like coconut (it has no scent at all). To use it you’ll massage it on dry eyes and remove with a tissue or water. It’s best tissued off and followed with water to remove any residue that it leave sbehind. It does contain mineral oil which isn’t an issue for me but deserves mentioning for those who avoid the ingredient. It does a fair job of removing most eye makeup including waterproof mascara however, it did leave some residue makeup behind. I didn’t like all the tugging involved to remove though and felt it was a bit too expensive for the smaller size. The packaging was a bit faulty as well which you can read about in my review above.

I think if you commonly use cold cream to remove your eye makeup you might like this formula.