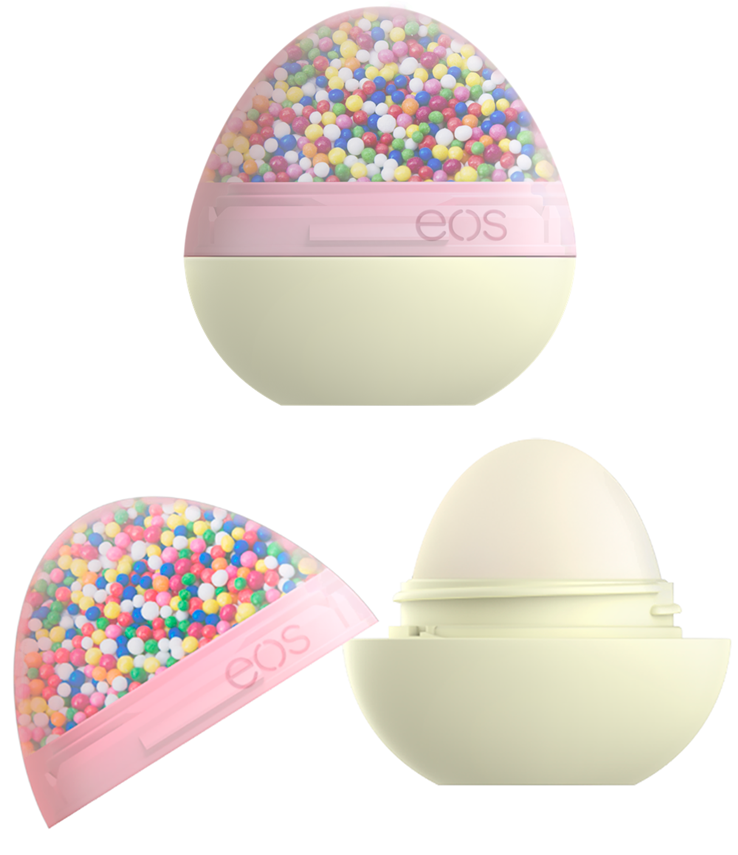 Did you know my dad came to this country when he was around twenty and started working in a bakery and by the time he was in his mid-twenties he opened his own bakery and was delivering fresh baked bread and donuts to supermarkets like D’Agostino Supermarkets in Manhattan and smaller supermarkets in Tarrytown, Sleepy Hollow, Croton-on-Hudson, and all over suburban New York.

One of the fondest stories I’m told over and over again by my sister, mom, and dad is me in a highchair squeezing a jelly donut to get the jelly out so, I could eat the donut without the jelly. To this day, I’m not a fan of jelly donuts.

I guess that’s why the new and very limited edition EOS Sprinkle Donut Lip Balm made me smile in joy. Launching tomorrow, June 7th, for National Donut Day, the new and highly limited edition EOS Sprinkle Donut Super Soft Shea Lip Balm will be available for 24 hours and yes, it tastes like warm-baked donuts with vanilla bean glaze and rainbow sprinkles. Even the packaging has rainbow sprinkles in the cat.

It’ll be $4.99 and available tomorrow exclusively at evolutionOfSmooth.com.