Maybelline Color Tattoo Up To 24HR Longwear Cream Eyeshadow ($6.99) have returned for Summer 2019 in a new “intense” formula that’s available in ten shade selections. As you likely know the Color Tattoo formula is not new by any means! Maybelline launched them originally around 2012 or so and proceeded to do many, many different limited edition shades and even variations on the formula for years after.

Recently, I came across a display for Maybelline Color Tattoo Intense 24HR Longwear Cream Eyeshadow which had me pretty excited! There was an entire new range of shades to try out plus they promise “intense” was tempting and they even had a few matte shades. Brilliant!

So, of course I purchased a few to try out. Nothing has really changed with the packaging on these outside of the fact they are now housed in a box where as before the shadows had no box and had a shrink wrap around the cap. Some people may appreciate the box as they feel it won’t be tempered with as readily as a pot that’s just wrapped where as others might feel it’s a waste of paper. The size and price hasn’t changed either. These retail for $6.99 and contain 0.14 oz of product. Back in the day I always got mine at Harmon’s for $5.99 and that’s exactly where I found the new ones at the same exact price.

Guess what? The formula also hasn’t changed at all aside from the fact that this latest round of shades have more matte finishes which I appreciate. 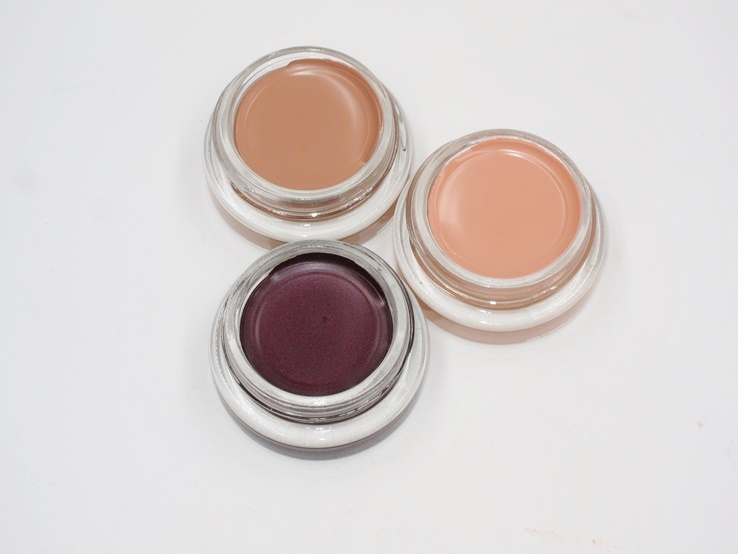 I got three shades total and all three performed flawlessly. I wouldn’t say there was anything “intense” about them but they all had excellent pigment, a dense, firm texture that was lightly creamy and easy to apply and blend on my lids with a slight tacky feel that set within a few seconds of application. The application seemed easy to me. These remind me of MAC Paint Pots but seem a little thinner in texture but have the same firm density in the pot yet are lightly creamy when you tap a brush in them or apply with a finger. They don’t dry down super fast so it gives you plenty of time to blend and play around or build color. I purchased three mattes and I had no issues with creasing and the light, creamy texture spread easily on my lids with a smooth finish that wore for the entire day, eight plus hours, without creasing or fading and they removed easily at the end of the night. 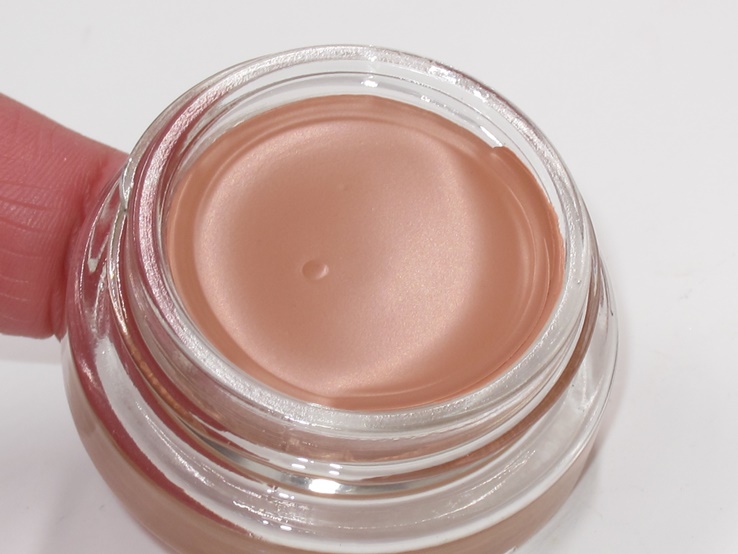 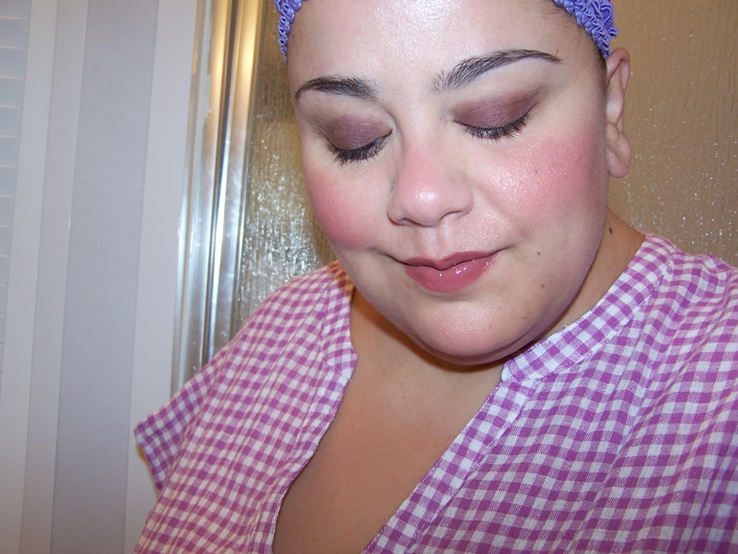 Out of the three shades I purchased the most pigmented was Knockout which is a stunning aubergine that gave my brown eyes a beautiful purple smoky look. The other two shades disappointed me slightly because they didn’t quite show up on my skin tone but I still liked them as bases for powder eyeshadow. VIP is a pale peach and Urbanite is a light matte brown. Urbanite I had hopes would be a nice neutral lighter brown on me but sadly, I barely got it to show on my lids. These are good one and done shades if you want a more natural look wish a bit of mascara. They create quick looks and even work great as bases for powder eyeshadow. They’ll likely show up better on a fairer skin than my own though!

All in all, I’m happy to see these return and particularly excited about the matte options available. I think fans of this formula will be thrilled to see these at their local drugstores. Although, some might feel disappointed these aren’t a new launch by any means I do think it’s nice to see the formula hasn’t changed nor the price!

Anyone try them yet?

Maybelline Color Tattoo Cream Eyeshadow (2019) are a newly packaged return of an old favorite cream eyeshadow that’s available in ten permanent shades. After trying these I am convinced these are the exact same texture and formula as the original line just with slightly new packaging and new shades available. The price and size remains the same at 0.14 oz for around $5.99-$6.99 per shade which was exactly what it was when the shadows originally launched several years ago. The shades all worked well for me with a firm texture that was lightly creamy and easy to apply with a smooth, flawless finish that wore eight plus hours on my drier eyes without creasing or fading. They pretty much remind me of a MAC Paint Pot with a thinner consistency!

Maybelline Color Tattoo Cream Eyeshadow is a great pick up for those that like cream shadows or use them as bases for powders!