I know you’ve been eagerly awaiting my review on Etude House’s Summer skincare collection but skincare is a tricky thing to review and it needs a ton of testing before I can sit down and give you guys the lowdown! 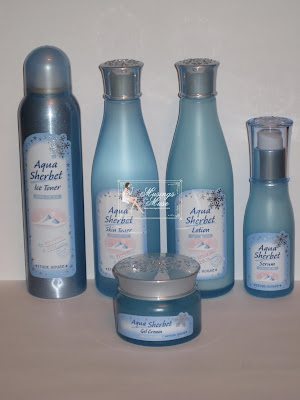 I’ve had the complete collection of Etude House Aqua Sherbet for over a month now and I’ve been using it daily for that entire time as part of my AM skincare regime. The collection consists of all of the following products:

Please note that a brand new mist has been recently added to the collection. Sadly, when I had my friend purchase this lot of items for me the mist was not yet out and available however I did ask for it now so hopefully soon I can bring you a review for that!

As you can see the entire regime is a bit of an overkill as that’s a whole LOT of stuff to be putting on your face daily. Although, as per Etude House’s recommendation, the products should be used in a certain order as a daily skincare technique, I personally ended up breaking some of it up and using it for different purposes although I’m not stranger to using a ton of different items on my skin daily so this was not a big deal!

I think I’ll start my review with my favorite product out of the entire line which was the Aqua Sherbet Ice Toner. I. Love. This. Stuff. 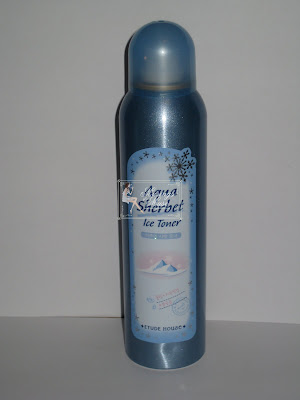 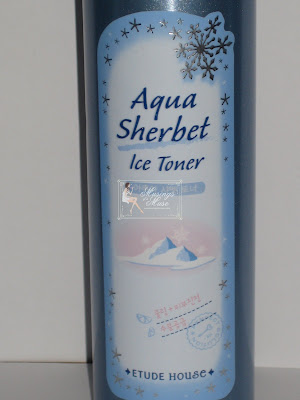 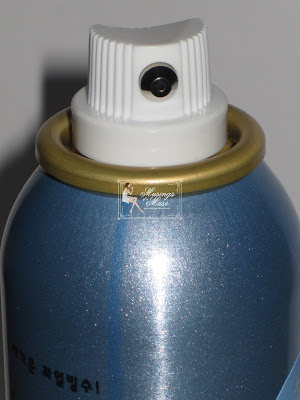 It’s seriously awesome and I wish I could find something of similiar quality here in the US for such an inexpensive price. It’s literally does what it says, an icy cool, refreshing toner. It’s not a spray but a foam so you can’t spray this directly on your face unfortunately. Basically you spray a bit on a cotton pad, it’s a foam so it’s not really saturating the pad completely, you proceed to wipe it all over your face for a rather nice blast of coolness. It’s icy cool and fresh feeling and my skin seems to love it! Although I can’t read the ingredients I think it’s safe to say this contains a healthy dose of alcohol but I experienced no dryness after using it. It’s such a great little item to have around on a hot Summer morning! It makes my face feel cool, refreshed, and ready for my makeup! I love it! Etude House did a seriously good job with this one and I’ve enjoyed using this daily and will definately be purchasing some more to stock up on! The toner is 18,000 won which is pricey for Etude House as they normally range in the 9,000-12,000 won price category however it’s well worth it and if you so choose, and have access, you can actually purchase the toner and gel cream together for 21,000 won which is like getting the gel cream free!

The toner and the lotion are very good however I did sadly experience a bit of drying with both. As I mentioned earlier Etude House skincare does have a considerable amount of alcohol in it. It’s hard not to notice as they do faintly have the scent of it however with the Etude House Moistfull Skincare Collection I experience absolutely no dryness after use but with the Aqua Sherbet toner and lotion I did have a bit of a drying, sticky feeling after use. I don’t mind this so much since it’s so hot and humid and my skin can actually take advantage of the mattifying these two products provide however I probably will have to avoid use in the Winter when my skin will become much drier. Aside from that I liked both. Each is 9,500 won or both for 20,000 and the bottles are very large so this is definately a lovely price tag. The toner nor lotion does not produce the same cooling experience that the Ice Toner has. The Ice Toner definately has a cooling sensation when applied however the regular toner and lotion didn’t have the same effect. I was slightly disappointed that I failed to notice any citrusy scent with any of the products as well since I THINK they are meant to have a faint fruity smell. Turns out they actually smell quite similiar to the Moistfull Collection which is a fresh, aqua like smell for lack of a better description. The toner is a typical liquid toner that you use with a cotton pad and the lotion has a nice light consistency for Summer wear. All the bottles in Etude House’s skincare and fragrance line are extremely vanity worthy however I do have a problem with getting the lotion out of such a heavy glass bottle. Each bottle is a beautifully frosted heavy glass but a tiny bit unconventional for a clumsy person like me who might drop it. It’s also rather irritating to shake it around to get the lotion flowing as well! It kinda has that annoying Ketchup method where you sit for a while trying to shake the product out of the bottle. Aside from my minor rants I did like the toner and lotion. 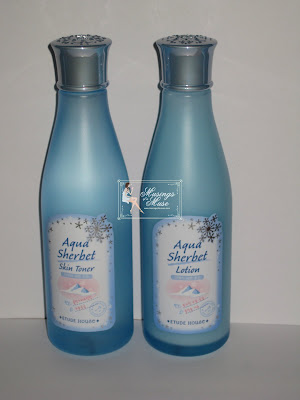 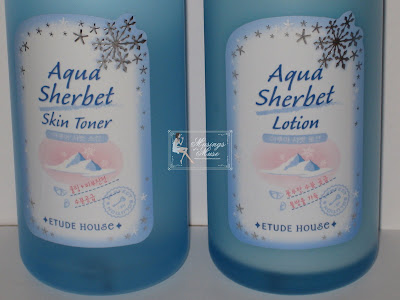 One of my lovely readers, jkim, kindly translated the use of each product and they should be used in the following order:

I’ve been basically using them in these stages as well but sometimes skipping the gel cream and serum and using those as night treatments.

For me both the Serum and the Gel Cream had about the same consistency which was a bit of a thicker formula than the lotion but only a tad bit more so. Neither the Serum nor the Gel Cream were drying thankfully although I did feel like the Serum was much better than the Gel Cream simply because the Gel Cream left a tiny bit of a sticky residue behind after use.

I personally don’t understand the idea of using a serum, facial lotion, plus a gel cream. Maybe if I could read Korean I’d understand the mentality behind it all. Since this seemed like a rather weird way to use the products I decided I’d use the both toners in the AM plus the regular facial lotion. I follow up by using the gel cream as a primer and I use the serum in the evening. The gel and serum can be purchased together or separately. Together they retail for 23,000 won where as seperate the gel costs 12,000 won and the serum costs 11,000 won. 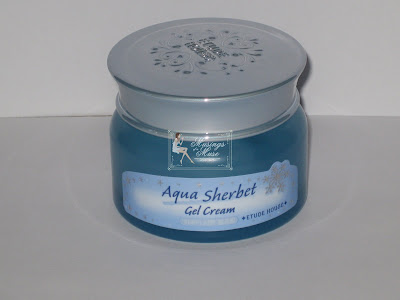 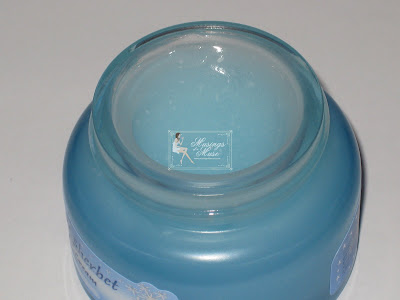 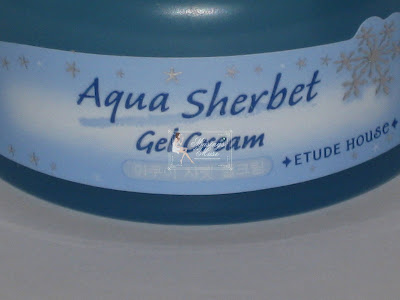 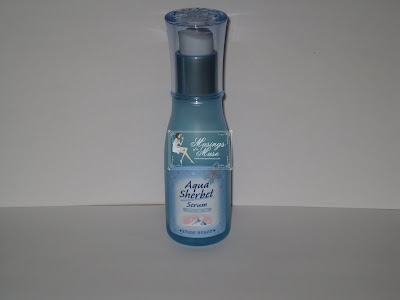 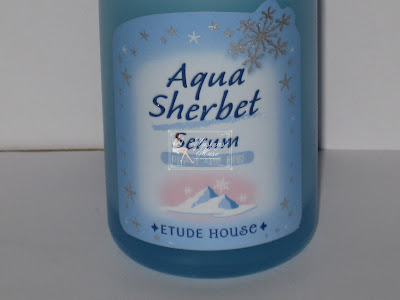 In a over month’s use I didn’t experience anything wow aspiring about the collection however I am impressed with the price, the wonderful packaging, and the rather great concept of a lighter form of skincare for the Summer.

We all change and rearrange how we care for our skin during different times of the year and Etude House’s Aqua Sherbert line was a rather fun item to use as my Summer skincare. It’s light, refreshing, plus since it contains a fair bit of alcohol it successfully mattified my skin without over drying too much!

Although I had minor complaints here and there and I do prefer Etude House’s Moistfull Skincare Collection over this I still liked this little collection and felt like it was money well spent!

Cheers to Etude House for always putting a smile on my face!