A kind reader, Elena, pointed out last week NP Set, Jemma Kid, and Pixi had disappeared from the shelves and was clearance’d out at her local Target!

Could this be true? Was the Muse’s prediction of the demise of these lines at Target right?

I skipped my way to Target immediately to find out as I was very curious to see what was going on!

Super sleuth, the Muse, is on the case!

I’m unsure where Elena is located but it looks like the lines are all up and available at Target and regularly priced here in New York. I visited two Targets just to be sure but all remains perfectly safe and sound….so far. 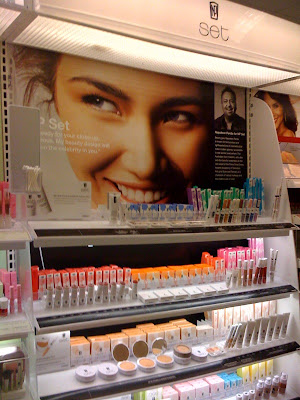 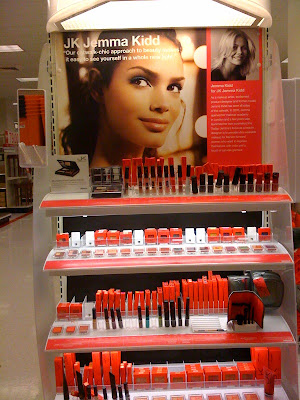 The only thing I noticed that was slightly suspicious is the lit title header on the Pixi display was gone (at both Targets!)…..mmmm could be me jumping to conclusions but is this a hint that they are taking the display down soon? 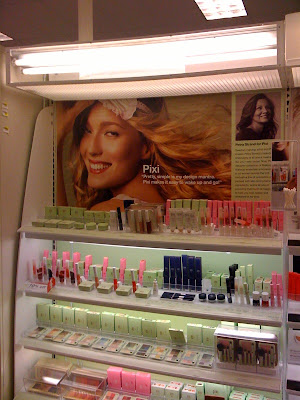 Who knows but I’m definately keeping my eyes peeled for new develops as I’m dead curious if the lines will make it or break as predicted by yours truly!

Have you seen Pixi, NP Set, or Jemma Kid on sale at your local Target?

No? Think the lines will last much longer before hitting the sale bin?

Target Steps it Up and Introduces NP Set, Jemma Kid, and Pixi to it’s cosmetic line up!