It’s getting to be that special time of the month soon kids! The 21st is around the corner and the Muse and many of her friends (even my newly converted sister) are very eager for the date to arrive! I told my sister she has to be on Team Jacob teehee the Muse be evil but there are just TOO many Team Edward players! Sorry the Muse wants the Edward all for herself! Get ye to the Team Jacob field!

Last Sunday morning my friend Jai, Kenningston, Jenn, Kira and myself hauled ass to Torrid, Hot Topic, and anywhere else in the Mall that had Twilight gear. We ended up snatching up several T-Shirts, patches, totes, and various other paraphernalia which we proceeded to take home and chop up over Sunday brunch to make several hoodies with. But of course the Muse is a Team Edward player so her hoodie is all ABOUT Edward! 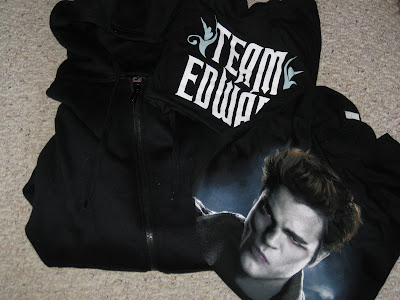 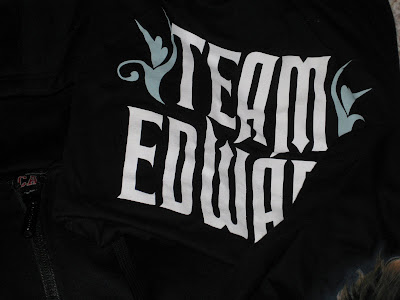 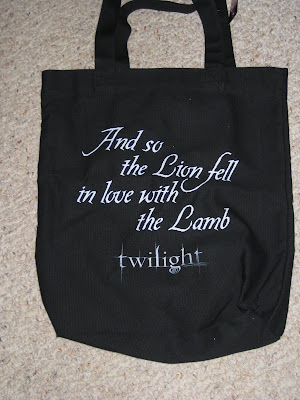 I’m not going to show you how it came out just yet as I’m still working on it but be prepared for the unveiling soon! My best friend Jai is also a Team Edward player and his hoodie came out particularly brilliant with sequins and other glittery bits and bobs. Gotta love the dazzle and Edward right?

The moral of the story is that you don’t have to get too particularly crazy and start making hoodies out of chopped up t-shirts when you can get some already made at Cafe Press! The Muse seen some seriously awesome stuff on the site and highly suggest skipping over for a lookiee and a purchase for the big night! Users got really creative with some of the gear available for sale and some items made me laugh! Gotta love the rabid fan girls right? I mean there are over 130,000 designs at Cafe Press….You. Gotta. Love. That.

Here’s some that caught my eye in particular: 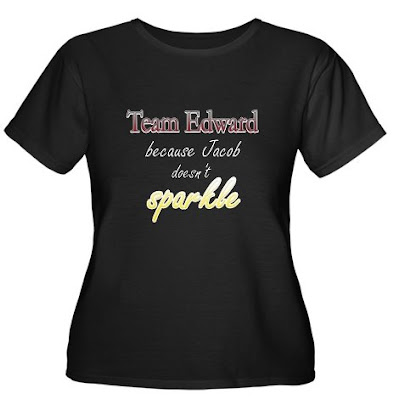 Yup, yup the Muse’s shopping list is already changed to reflect the ravishing of Edward! She’ll save you the leftovers! 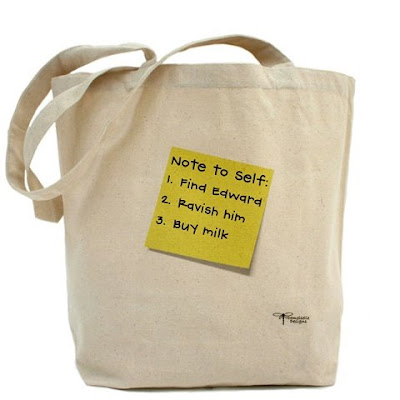 Yes, I wonder that on occasion…can’t help myself the Cullen’s have changed the way I view baseball!

Only in Edward’s case! 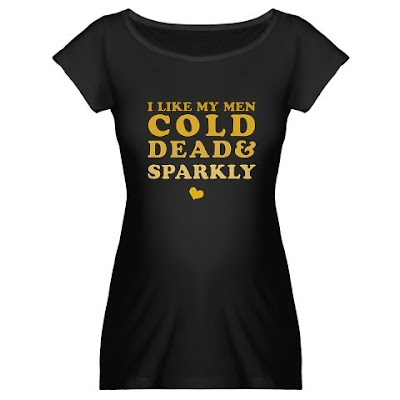 The Muse is a car/motorcycle person and totally appreciates the cracky Volvo fun! 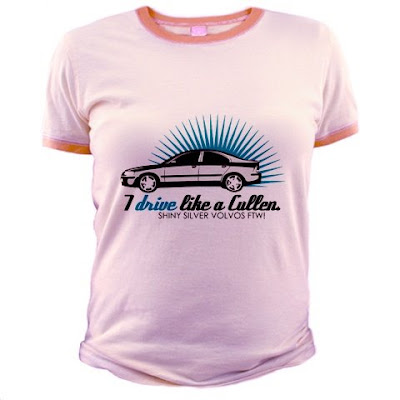 For those of you who just can’t decide! 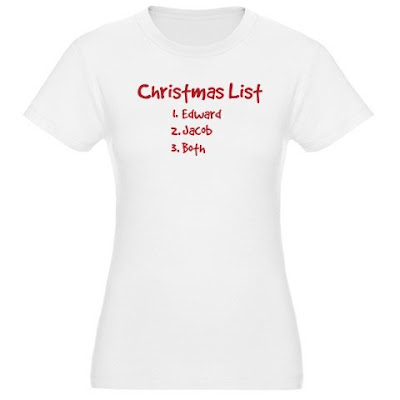 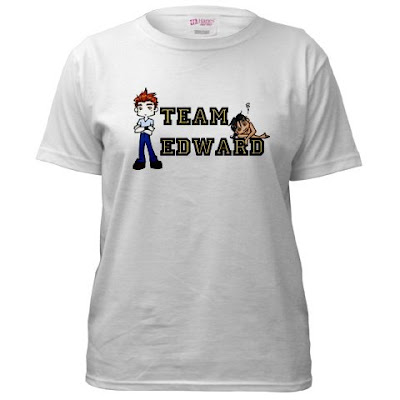 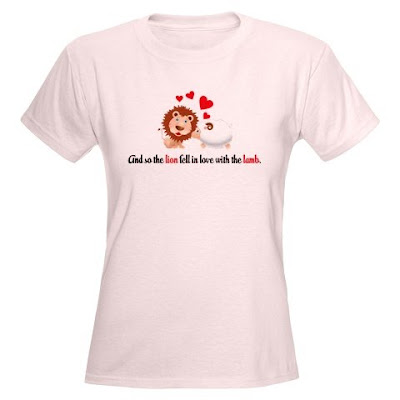 The moral of this story is that the Muse is a sad, old fan girl! Hehe and loving it too! Cheers to my rabid fan girls and hope for the best as the Muse is slightly worried it won’t live up to all the hype but at least we can relieve it in our imaginations!