Someone said it’s the most wonderful time of the year, the Muse thinks it was Andy Williams.

The Muse thinks Andy Williams is the best thing since toast and tea although she also thinks they may only tug him out of the closet when they need a little Christmas. You ever notice he pops up in the weirdest places? This year he was dancing around 34th Street during the Thanksgiving Day Parade! Yup…they def take him down, dust him off, and use him when they need a little Christmas around! Afterward they tuck him safely back in the closet until next year! They do the same for Dick Clark during the New Year you know! 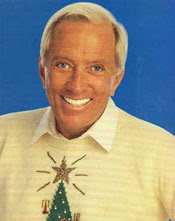 Dontcha just want to go into your closet right now and search out your bestest Christmas sweater after viewing that pic? I know I do! 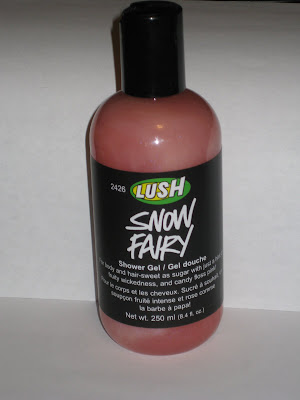 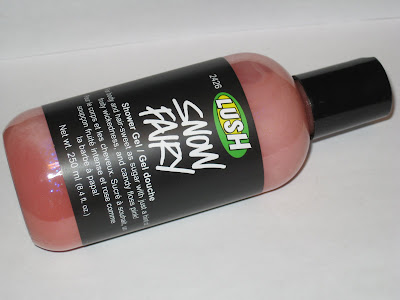 It’s a sad state of affairs that Lush Snow Fairy is only around once a year and like Andy Williams it gets tucked away and doesn’t come back until next Christmas so now would be a good time to stock up on as many bottles as your bathroom cupboard can hold because you don’t want to be without Lush Snow Fairy Shower Gel this entire year do you?

What Lush has to say about Snow Fairy:

We thought that this cotton-candy scented, sparkly gel would be just the sweet surprise for small girls who like wearing party dresses and waving wands. Amazed we were when we found fully grown hairy men using it too. (They send other people off to buy it for them, but we know!) It’s a Christmas best seller and you know best! So she’s back. Stock up before she flits off to Fairyland again. 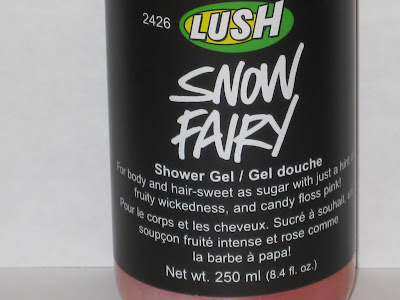 What the Muse says:

If you love sweet scents that are girlish and pretty this would be one to grab. It’s difficult to describe Snow Fairy and although it’s been compared to cotton-candy the Muse thinks it’s so much more! It has a bit of vanilla, a bit of a wicked fruitiness, and just the right touches of pink. The Muse concludes that if pink smelled it would have the scent of Snow Fairy attached to it! Sadly, I cannot say more about it because it’s difficult to put into words exactly what it smells like but rest easy as the Muse absolutely adores it and thinks you will too! 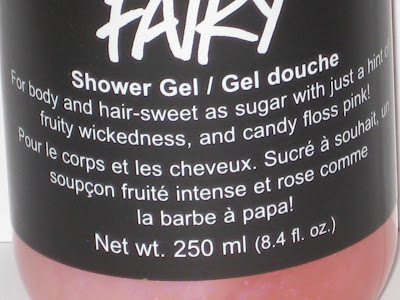 Snow Fairy is bubblegum pink with a bit of shiny gold glitter but don’t worry the glitter washes off easily! You can use this in your shower or to lather up your hair (oh my nothing like Snow Fairy scented hair) or if you so please a little squirt in the tub will give you tons of moisturizing, sweetly scented bubbles! 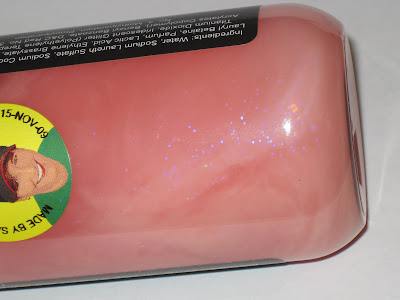 The Muse is telling you all about the virtues of Lush Snow Fairy Shower Gel today because she thinks your holiday will be a bit more wonderful if you snag some of this great shower gel! Just like Snowcake it’s Muse Approved for purchase and well worth getting a few to last you and keep you sweet smelling all year long!