I wasn’t terribly impressed with the Maybelline Instant Age Rewind Eraser Treatment Foundation when it released. The actual design of the product is interesting and I like the application method even though I can’t help but shudder over the bacteria that may be lurking in that little puff (Maybelline claims it’s treated with an anti-bacterial agent but I’m not convinced).

My main problem with the foundation was it felt greasy on my face and had a really long dry down time. It remained dewy to the touch hours after application. Some proclaimed it set fabulously with powder but I have drier skin so I normally avoid powder. Others proclaimed it a flawless finish and indeed, it did give a rather great overall finish but it was that greasy, slick, never drying formula that threw me for a curve ball.

Am I bias against drugstore foundation? Possibly but I really do think Age Rewind wasn’t all that fabulous a pick. What did you think if you tried it?

Maybelline gifts us with an early Fall release and extension on the Age Rewind idea with a new concealer. Maybelline Instant Age Rewind Eraser Dark Circle Treatment Concealer might be good…I’m kinda hyped here peeps. Age Rewind Foundation sucked it hard but maybe the concealer will prove brilliance on a stick.

Those of us with dark raccoon eye circles can use the neutralizer shade under their concealer for super concealing action.

Along with a yellow based neutralizer there is a brightening shade as well to add luminosity to the inner corner of eyes, cheeks, and brow bones.

You can choose from four concealing shades in: 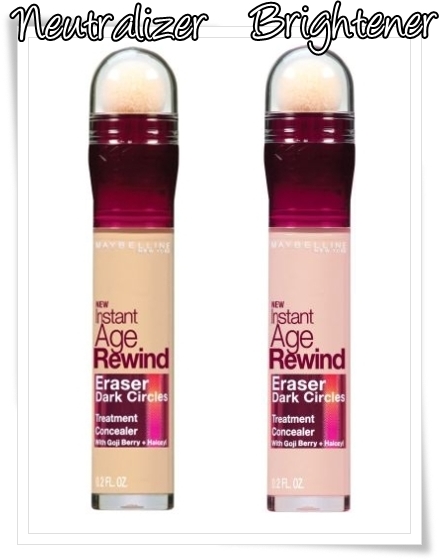 I think I wanna try!

It’s available now at drugstores for $8.99 and upwards depending on where you purchase.

I thought it might be a good replacement for Maybelline Dream Mousse Concealer since that was such a sleeper hit and maybe by some chance this might turn into the same!

P.S. Today’s post is brought to you by the Boy Who Waited! I was watching A Good Man Goes to War really late last night and couldn’t help but suddenly develop a crush on Rory the Roman. I thought he was quite irritating when they originally introduced him and a bit of a weakling but Rory proves himself to be something more than the Kenny (Kenny’s Dead!) of the Who universe. Even though he dies in virtually almost every single episode he’s still the stuff of legends.

We might not see you return for the second half of season six but rock on my little Centurion, rock on.