I’ve already reviewed the Maybelline Dream Fresh 8-in-1 BB Cream in a prior post. I picked up the shade medium from the UK when it originally launched and since it’s so readily available here in the US now I decided to indulge in the Light/Medium shade selection since I felt like the color I originally purchased was a tad too dark.

Here are some swatches and a few babbles comparing the UK formula to the US one.

I think the Light/Medium shade might be a better match for me than the original duller, darker beige of the Medium. I swatched the shades side by side for comparison if you’re still deciding on your color but no need to go by my swatches as there are testers available on displays at drugstores.

One thing I noticed was the US version is actually a little thinner and less gel-like than the UK formula. I could be nuts but I feel like the UK version had a far nicer formula in comparison. I’m getting even MORE of a tinted moisturizer vibe after trying out the US formula.

Either way, they still haven’t successfully captured the true idea and concept of an Asian BB Cream. I think I’d be happier if brands stopped tossing “BB Cream” into the name of the product and simply saying its either a tinted moisturizer or a sheer skin tint of some sort. 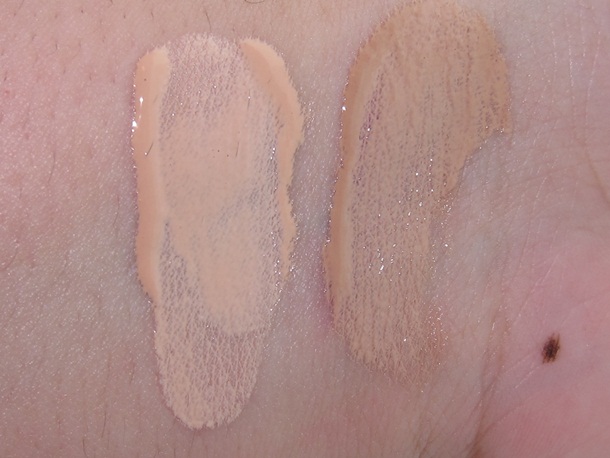 On a positive note, Maybelline Dream Fresh BB Cream is a very nice formulation. I think it’s nice being able to head into the drugstore and purchasing a counter quality tinted moisturizer formula for as little as $8-$9 compared to higher end prices of $42 or more for the same.

Anyone try this yet?