Maybelline Volum’ Express the Rocket Mascara ($7.79) is launching for Spring 2013 in drugstores shortly. This is a volumizing mascara with a clump-free formula that promises to create full, fatter lashes as much as 8 x the normal size.

The Rocket has a gellant formula which contains micronized pigments and thickening agents to coat lashes and create a fuller look. It’ll be available in three wash off shades and two waterproof ones.

The brush might be familiar to you as it is very similiar to Covergirl’s Lashblast. It’s a larger club style plastic applicator with tiny spikes which grasp onto lashes, coating them, and pulling them up and out. You know my issues with LashBlast, it’s just a mascara that refuses to work for me so I was a little wary going into my Rocket Mascara review. It does perform better than Lashblast for me but not so much I was wow’ed by it sadly. Needless to say if you already love Lashblast you’ll love the Rocket. If you’ve had issues with Lashblast you might like the Rocket but feel it’s a bit uneventful overall.

The formula is lightweight and easy to remove. It doesn’t leave my lashes stiff nor crunchy and has a lighter texture which won’t let lashes droop so any curling you do before hand should last you through the day with this in place as it won’t weight lashes down.

There’s some length to be had here but it separates my lashes a little too much for any volume. My lashes aren’t fuller after application and have more of a pointy, longer appearance. I sometimes think that this type of lash applicator works best for those that have really short, sparse lashes as anyone with longer lashes already might not really see the results. Or perhaps that applies to me only? The look below is about four or five layers of the Rocket. As you can see its not really a dramatic finish. 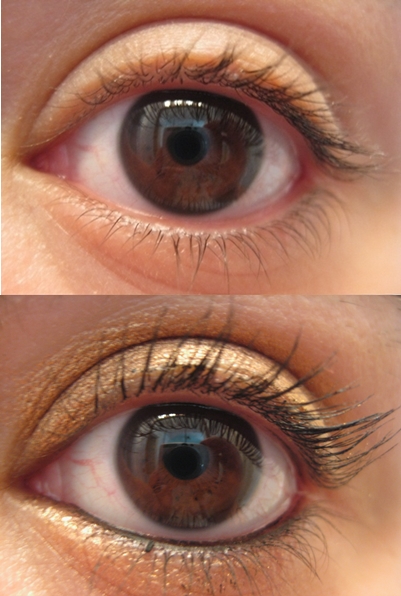 I was hoping for more volume with this. It’ll make a good companion mascara to my personal favorite mascara, Illegal Lengths.

This launches in drugstore in January or may already be appearing at your local shops.

I’d LOVE to hear your thoughts!