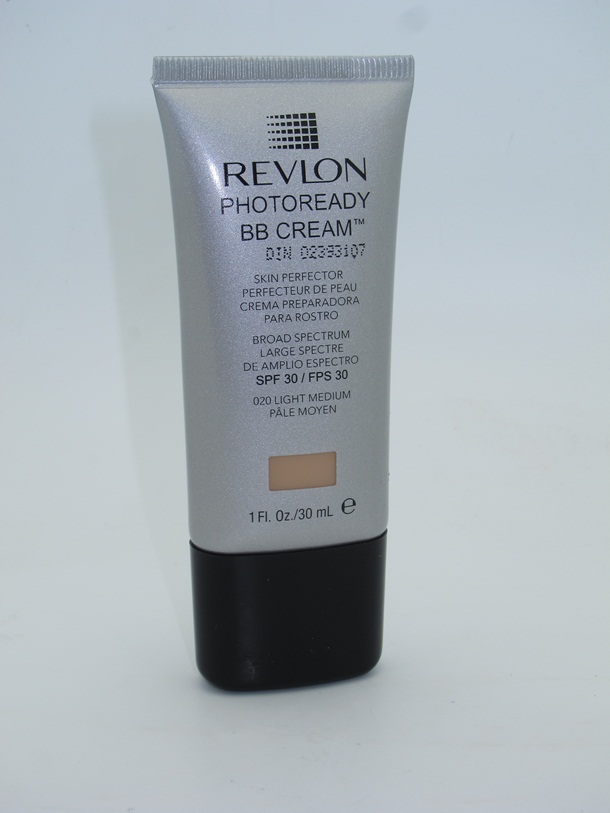 I picked up Revlon Photoready BB Cream on Saturday and blogged it from my car. Revlon BB Cream? Yeah, I was excited.

I actually found it at Bed, Bath, and Beyond marked at a very reasonable $8.29. I was surprised as although BBB is part of Harmons, typically their prices are higher for some odd reason or another. $8.29 seems reasonable enough. I suspect once it hits the standard round of drugstores the price will range from $9.99-$11.99.

Having been very disappointed with Maybelline’s Dream Fresh BB Cream as well as other US BB Creams I haven’t pinned too many hopes on Revlon Photoready BB Cream.

What did I think? Revlon Photoready BB Cream promises a range of features like any good BB Cream should. Supposedly it acts as primer with a hydrating foundation finish that blurs imperfections like a concealer and protects with an SPF 30.

Let’s discuss that last part, SPF 30. Intriguing considering many BB Creams released in the US have had a lower SPF. 30 is fairly good, not great, but definitely good. The nice thing about that sun protection is it hasn’t morphed the formula of the BB Cream. It remains thick and creamy without leaving behind a white cast. Nice one Revlon, props for good sun protection.

This is available in four shade selections. Light, Light/Medium, Medium, and Dark are the colors you can choose from. Maybelline does peg the market here with a wider selection of shades. BB Creams were created in one, two, sometimes three shades originally in Asia and were meant to self adjust to skin tones. That’s since evolved considerably especially here in the US market where BB Creams are just another variation of tinted moisturizer. Well in fact, that’s exactly what Revlon Photoready BB Cream is. A beefed up version of a tinted moisturizer. This is a water based formula which starts out life with a thick, creamy texture. At first application I really like how creamy this is. It’s dense, yet has a sort of whipped up texture. It actually morphs as you begin to massage it in. The texture “bursts” and becomes thinner with a cool, watery feel. It’s quite sheer overall even if several layers are applied. This subtly of the pay off dubs it as more of a tinted moisturizer as it’ll perfect skin, offer minor coverage while evening out skin tone but won’t hide major issues such as redness, acne scarring, darkness, etc…

The Light/Medium shade I choose is a tad too beige but fits my skin tone not too badly. Coverage is lightweight and very breathable however, I did experience some disappointment within an hour or two of wear as it seems like my makeup just disappears rather quickly. At first application my skin looks fairly fresh however, looking in the mirror an hour later and some of my dullness returned. I’ve expressed how much I love BB Creams because they ease dullness and give my face a fresher appearance. So it is disappointing when one wears so shortly. Overall, I think Revlon Photoready BB Cream will be impressive for those who liked Maybelline Dream Fresh. I can understand that in a market where women are just discovering the joys of BB Cream that this could be easily dubbed as an innovation of sorts. As many of these consumers haven’t technically tried or even knew of Asian BB Creams prior to their purchase. However, those who have tried Asian BB Creams might experience disappointment at the lack of coverage here.

Excellent job with the formula Revlon and props for fairly decent SPF protection however, the sheerness really makes this more of a tinted moisturizer than a BB Cream in the end.

I liked it well enough as a tinted moisturizer however, a long wear would be appreciated as well as a little more coverage. But in the end it really isn’t a BB Cream.