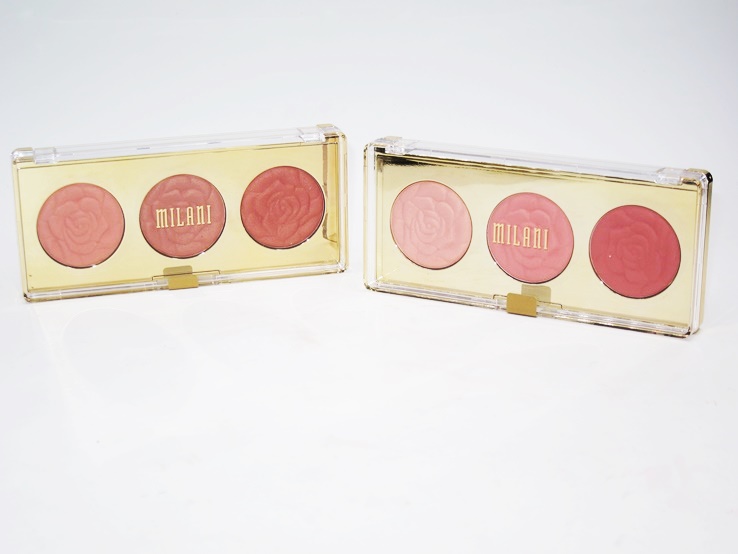 Milani Rose Blush Trio ($13) is a new blush palette that contains three shades of Milani’s popular Rose Powder Blush which launched for Spring 2018 in two shade selections. I noticed on Instagram quite a few people posted displays featuring the new Milani Rose Blush Trio Palettes as well as the new facial oils the brands launched at Walgreens but I sadly, failed to find any of these items in stores and ended up ordering them online and using Milani’s 15% Off promo code to score them.

I notice Milani isn’t quick to release their products at drugstores and tend to launch on their website first prior to anywhere else. I mean I’ve seen some of their launches appear on their website and take 6 months to pop up in drugstores. I hate it but it makes sense if you think about it as they are cutting out the middleman plus adding to their own following by promoting via their website. I just hate that I can’t see it in stores prior or snagging it on sale at the drugstore during a BOGO. Oh well!

As a fan of Rose Powder Blush I was quite excited to get my hands on the Rose Blush Trio as what’s not love about a palette that contains three shades of a formula you really like? There was some concern about the fact that Milani didn’t list the names of the shades included in the palettes as you might already own the full-size versions. Sadly, after receiving the palettes I can’t confirm what the shades are as they aren’t listed by name on the back or anywhere else on the packaging. Over the years, Milani has released Rose Powder Blush in a number of shades four of which are now permanent but many shades are long since gone. I went through the shades I have in my own collection and I can say that there are one or two shades that do look similiar but the application and pigment seemed a little different which I’ll get into more below. Milani Rose Blush Trio Palette arrive in the brand’s standard gold packaging with a clear top which allows you to easily see the blushes inside. The total size of the palette is 0.42 oz where as the full-size Rose Powder Blush is 0.60 oz. The palette is $13 and full-size blushes are $9. You do get a bit more bang for your buck if you’re buying one full-size but you get way more variety and less product if you’re going with the trio. I’d prefer having the variety for a few extra dollars versus the larger size. As per the name the blushes each have a 3D rose design that doesn’t disappear with daily use and sticks around through several hundred uses. 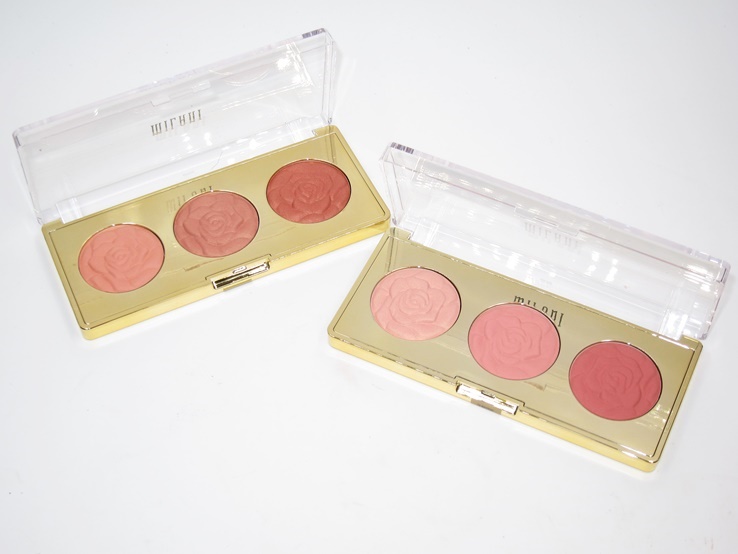 Milani launched these in two shade selections one of which is called Flowers of Love. This was the palette I liked the least since it container sheerer shades. I felt like the first shade was more of a highlighter shade since it has a pretty golden sheen where as the other two were satiny matte in finish and had much more pigment. This palette contains the rosier cooler shades. The second palette is called Floral Fantasy and contained a peachier, warmer, and more pigmented shades. This palette was the one I liked the most due to the better color pay off and also, because the colors looked a lot better on me. I have to admit I was very slightly disappointed with the consistency. A lot of people aren’t keen on the Rose Powder Blush formula because they feel it is a denser, drier blush but I’ve never had a problem with the application or wear due to this. However, I do feel like this trio seemed a touch drier than the regular blush line. They are indeed quite dense and firm to the touch but my brush had no problem picking color up but for some reason they applied little product and had a patchier application due to not only the drier consistency but also because of my own drier skin. I felt like I was building and building and building and got no color on my cheeks. It was rather weird. When I did finally get the color built up it did look quite pretty and gave my cheeks a fresh burst of color. I just struggled with the application initially.

Honest opinion here, these are cute. Adorable! I love the idea of them in theory but something seems to be missing from the formula. The mini sizes didn’t quite translate well for me formula wise the way the original full-size versions do. Honestly, if you hate the full-size versions I’d say just avoid the Rose Blush Trio Palettes completely because this doesn’t improve upon that formula it just seems to make it worst. I think I’m understanding why people don’t like the full-size version as I’m seeing the dryness in the trio palettes and not loving it. 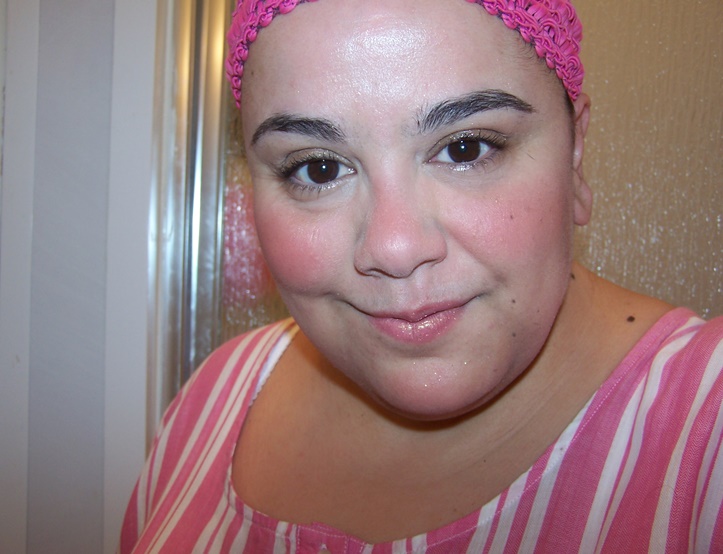 Don’t go by my word though because at the moment a lot of people are really raving and loving on these. They might be worth checking out for yourself. I personally felt they were a little too stiff, dry, and troublesome to apply.

This does make me damn sad that’s for sure.