Ah our beloved Megs is back with a killer Tutorial for a sparkly eyeshadow look!

I was tagged a few week’s ago to spill my purse contents out for the blogging world to see by Grayburn! You’d think I’d have gotten on it by now!

You can find similar posts on a few other blogs that are participating in the tag game! I’ll be doing my post shortly but I highly suggest running over to peek at Mandy’s bag spillage. Click!

I’ve singled out Mandy’s particular post because her her third to last post had me rolling around laughing so hard that my tea went down the wrong way and ended up coming out my nose!

Do read the comments for further proof that maybe Mandy isn’t quite all there!

Cosmetics will return shortly but now a word from our sponsor…….

Wow. That’s really the only word that comes to mind when I heard that New Kids on the Block are regrouping and rejoining the pop civilization as we know it. Wow.

This both scares and embarrasses me.

Would you look at Joey’s hat? The height of fashion circa the 90’s! 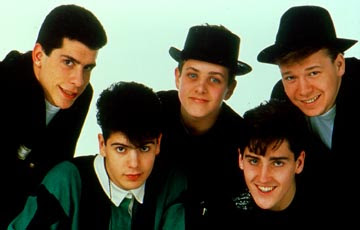 This basically means I have to embarrass myself by admitting that I actually loved this group when I was…11…12….13? It’s so long ago I can’t even recall my age how very sad! If you tell anyone about this I’ll deny it in aces!

Prior to discovering what real girly men are made of in Japan I was subjected to the girlish delights of New Kids on the Block (Hey, this isn’t Japan and we have poor imitation girly men here in the states! I just live here don’t blame me!)!

Now where as the Japanese produce idols that are seriously drool worthy we here in the US are subjected to such groups as the long forgotten Jordan, Joey, Danny, Mo, Larry and Curly (I forgot the rest of the names so I just added in the bit about Mo, Larry, and Curly).

Seriously I really did forget their names oh wait one just came to me! Donny! What about Jordan’s brother what’s his name? We can just go around calling him Mo for the remainder of this post!

I remember at first Jordan was the one I cried over (and hyperventilated and fantasized over) and later on I realized that a majority of the female population was actually crying over Joey so I quickly reverted to crying and screaming over Joey since everyone else was doing it and I didn’t want to be the outsider!

I think I was a late bloomer as everyone else was way into our friendly boy band before I was and I remember at the time my best friends Ellen and Kelly having their concert on VHS (VHS is probably before your time kids so go and google it) and it would be some sort of Friday ritual to sit down and watch it. Hell, I can even remember Ellen’s four year old sister dancing around to “Hanging Tough”….ah memories!

No point! I’m just enjoying taking a trip down memory lane! Actually what I’m enjoying even more is the fact that the potential for funny is definately in this comeback! I need to laugh so bring it on New Kids! I welcome your come back with open arms! I can’t wait to see five grown men regroup and reform a boy band from 100 years ago! This should be awesome!

Hmmm…do you think Mark Wahlberg might consider making a comeback with the Funky Punch and releasing a new CD? 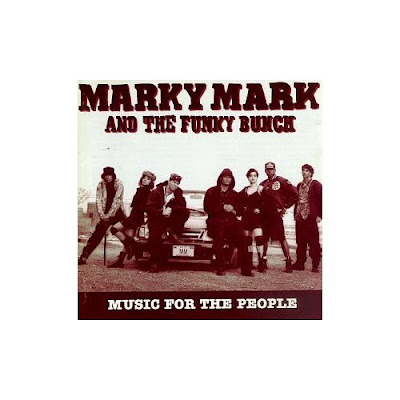 Maybe not. He’s kinda sorta an actor now I think? Only in American can you go from being Marky Mark and the Funky Bunch to Mark Wahlberg, Oscar and Emmy Nominated Actor!

Prior to heading home I leave you with this gem from youTube:

“Donny’s D on the backup drug free so put the crack up”!

What the hell does that even mean…..I think I’ll e-mail Mark before leaving work and ask him about the lyrics! 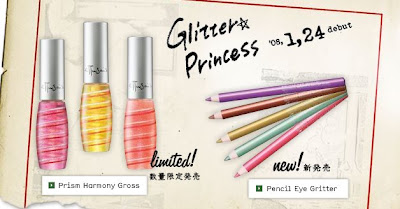 Ettusais has updated it’s website with a new glittery collection of goodies!

5 Glitter Pencils have been released in an array of lovely colors for 1050 yen each and 3 LE Lipglosses are available for 1575 yen!

The Japanese and Chinese site has been updated with the latest collection but the Singapore and Taiwanese site has yet to see the update so I’m unsure if my lovely ‘pore friends will be able to nab these! If anyone knows do tell me as I’m curious!

I plan on getting maybe one of the pencils and two of the glosses but I’m undecided as of yet. The collection definately looks very cute and I’m a sucker for cute glosses!

Want it?
Have it already?

Once upon a time, in a land far, far away Jonathan Antin ran his hands through my hair and soon after I fell deeply in love with him. Later on he proposed to me….! Serious! This is all true! Honest! Ok…well…maybe not the part about proposing…I could have made that part up but he did touch my hair but I had to pay him for it which was all a minor technical hiccup!

Anyway…I rather like Jonathan and find him sexy in a weird sort of way! I dunno what it is but something is definately there. It could be his California Surfer accent, or it could be his unmovable hair and the fact that he goes around combing it back like he’s The Fonz, or maybe it’s because Jonathan has that certain flair for being gay yet straight (god, I love men who can pull that off)! In reality I think he just holds a certain Tom Ford wannabe look about him which must be what’s tricking me into believing he’s hot. The Muse hearts you Tom and don’t forget it!

Anyway who knows what it is!

The good news is if you have a certain lust or lemming for Jonathan product you can now get it at Bath & Body Works.

Bath & Body Works is now offering Jonathan’s full line of product on there site! Click here to view the line up!

This isn’t too exciting right? We can get this stuff on Sephora if we want it right?

Come on though! Think ahead! Think like the Muse and remember that next year when the Semi-Annual Sale comes around you too can make a killing stocking up on Jonathan product for 99.9% off the regular price!

Well…not so Yay because his products aren’t that fab! But it’s ok…we love you anyway Jonathan…especially your hair…we really love that! Speaking for the rest of the population we also really love the way you throw a hissy fit better than any girl in the world! 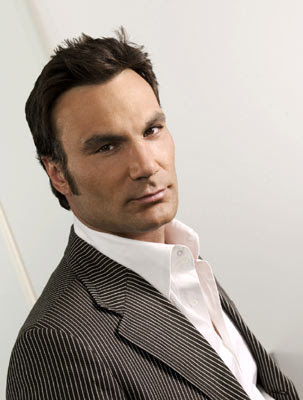 An uncanny resemblance dontcha agree? (For those clever enough you must have gotten that reference to “dontcha”! Come on girls! Wake up! I’m easily amused hehe! Come on! I find less and less to laugh about lately at least let me have my corny 😉 jokes!) 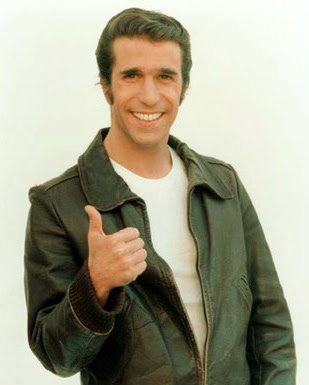