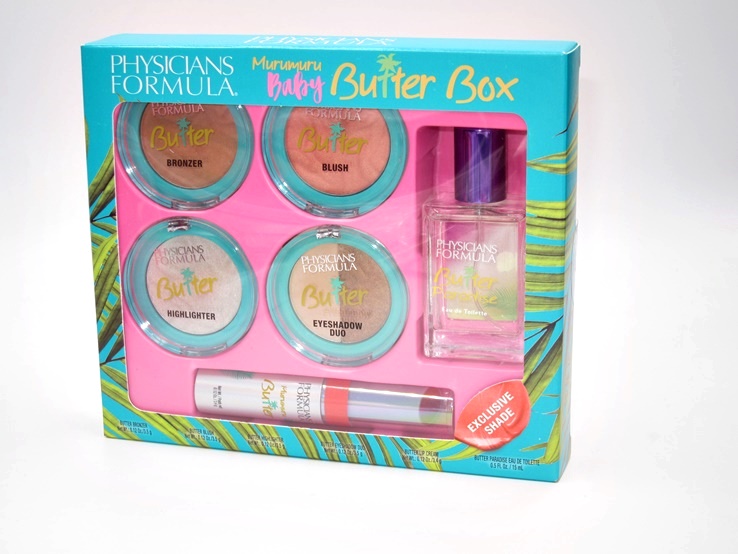 This set is different from the Physicians Formula Butter Collection x Casey Holmes Set that launched a few months ago. Not only does it include different shades but it also has indivdual compact unlike Casey’s Collection that did not. I like this set so much better than hers simply because I can easily travel and store the different pieces in the collection without toting it ALL with me. Casey’s Box Set is just that a boxed set with none of the pans removable from the box. This set includes individual compacts for the bronzer, highlighter, eyeshadows, and blush!

A few short months ago I reviewed the Physicians Formula Murumuru Butter Eyeshadow Palette and was quite a fan of the formula however, I’m not a big fan of the Murumuru Butter Blush nor the bronzer. So, I was kind of iffy on this purchase. I really wanted the EDT and I also, really wanted the lip cream as well as the eyeshadow so, I guess I was 50/50 torn whether I needed the set. In the end, what pushed me to purchase it was the Murumuru Butter Blush in Natural Glow. Even though I’m not a fan of this formula but this pretty golden peach did call out to me. Something Physicians Formula really, really needs to get on top of is releasing Butter Paradise Eau de Toilette in a full size. These mini 0.5 oz bottles are simply not doing it for me. I really love this scent and it reminds me a lot of the Brazilian Crush Body Fragrance Mist I love so much. It’s a tropical fragrance the same that the Murumuru Butter Collection is scented with. It’s actually fairly long lasting for an EDT. It’s a SHAME it isn’t available in a bigger size or as an individual item. Physicians Formula keeps releasing it in limited edition gift sets which sucks in my humble opinion! This set is pretty brilliant if you like Murumuru Butter Blush, Highlighter, and Bronzer but it may be a bust if you aren’t into these formulas. Each of these come housed in a 0.12 oz compact which is quite generously sized when you’re comparing price to product amount.

My favorite item in the set is the Murumuru Butter Eyeshadow Duo and I truly believe this set is a launching board for this product as I see Physicians Formula potentially released a few more duos come Summer 2019. The shades are called Barefoot in Brazil ad Sun Down and the shades are a brassy gold bronze and a cream. The formula is super silky with a velvety texture that feels quite creamy. The texture is divine and even softer than the ones found in the larger Murumuru Butter Eyeshadow Palettes. They do not create a dusty kick up and apply easily with either a finger or a brush. I’m absolutely in love with this formula! It’s just divine! 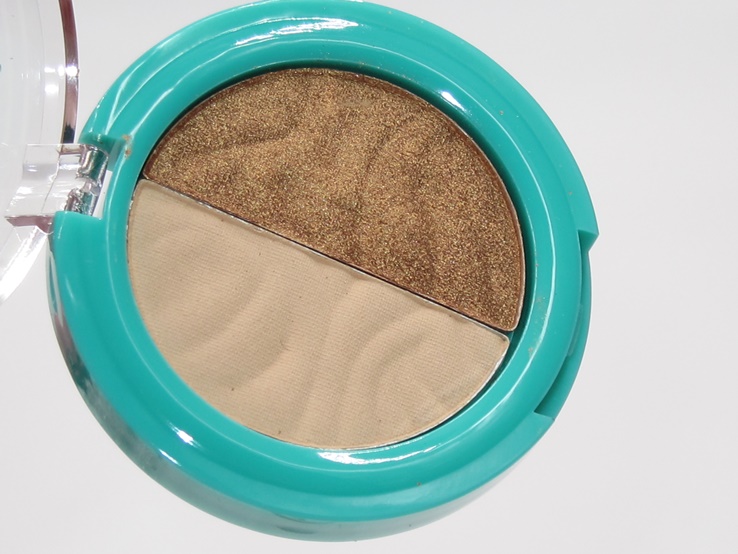 My second favorite item is the Physicians Formula Murumuru Butter Lip Cream in Bejos. Again, this set seems a launching board for more shades like this come Summer 2019 as up until now I’ve only seen cream finishes in this formula and this shade has an almost metallic glean to it with a fine golden shimmer in the mix. Maybe this means Physicians Formula will introduce more shades in the finish this coming Summer. I feel in love with this formula when it launched back in December. It’s creamy, easy to apply, hydrating, and glides on lips like butter. I did have the same issue with this shade as I did others I’ve reviewed in the past though which is the fact the formula is so soft that it tends to break off a bit as you apply. Sadly, the items I didn’t like in this set was the highlighter, bronzer, and blush. The Murumuru Butter Blush in Natural Glow is a beautiful golden peach but it applies WAYYYYYYYYYY to sheer for me. In my photos in this review I had to apply a bit of a peach blush on top of it. I ended up using this more as a highlighter of sorts since it gives my face a nice luminosity. This was my main issue when I originally reviewed this formula when it launched way back in 2016. It’s just too damn sheer for me. It’s has a massive cult following with influencers raving it but I always find it very lacking. The formula is so soft and beautiful to apply but it needs way more pigment in my humblest. The same goes for the bronzer in this collection. The shade is a very sheer on my skin! The formula and texture is perfect but again, pigment leaves a lot to be desired. The odd man out in this set for me is the Murumuru Butter Highlighter in Pearl which is a icy white. It just doesn’t go with the warmer shades in the set in my opinion. This is a creamier texture compared to other Murumuru Butter products and applies as more of a cream with an easy glide formula that provides a nice bright glow but again, I feel like it just goes with the warmer shades in this set. Physicians Formula Murumuru Baby Butter Box is a really fun set but I only ended up loving 50% of the items included. The value is here though as at $14 you can’t beat the price even if you end up gifting items you might not enjoy and keeping the ones you do!

This set is exclusively available at Walmart.

Physicians Formula Murumuru Baby Butter Box is a new, limited edition set that features a full-size Murumuru Butter Lip Cream, an eyeshadow duo, blush, highlighter, bronzer that are 0.12 oz each, and a 0.5 oz EDT of the Butter Paradise Fragrance. All of the items in this set apply and blend flawlessly although, the bronzer and blush lack pigment and apply sheerer. The set is $14 which makes this a really great buy!

A few products run sheerer with may or may not be an issue for some users.

Physicians Formula Murumuru Baby Butter Box is an affordable little set that will get you in a Spring mood and work well into Summer!