Better later than never at all…or so they tell me!

I’m a bit late and behind with my MAC posts you have to forgive me! I am, as always, a MAC fan girl but for some odd reason I got a bit mucked up when I went on vacation. My MAC Cool Heat post never made it up and my MAC Solar Bits review never got put up either! And by the very way I still have Cult of the Cherry items to blog too! Oops!

However, I figure a review of MAC Solar Bits is definately in order so I might as well slap this up before we all get old and gray (gosh, I think I may already fit part of that description or..all..eep!). 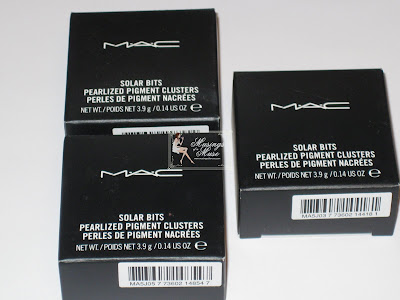 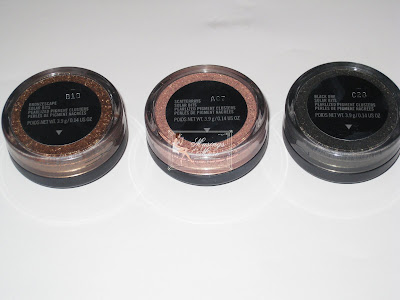 MAC Solar Bits were hailed by the masses and I definately enjoyed grabbing three of the four shades released this Summer however I did have some minor rants and a few raves about this particular style of pigments.

Although these were extremely pigmented with a very interesting texture they were a god awful mess to use sadly. The pigments are not finely milled and are made up of chunky pieces that caused major fall out woes. With a bit of care, patience, and some serious prepping you could create some great looks!

The formula is a good deal different from the standard pigment line. Although the pigmentation and color payoff is about the same as any other MAC pigment you will notice an interesting characteristic Solar Bits possesses. Where as a normal pigment stays one color, Solar Bits had a special knack of morphing into an entirely new hue when you pressed down and began the blending process. Each small curd of pigment would burst upon contact with your brush or sponge applicator and the shade would morph slightly creating a rather interesting effect.

Scatterays paired up with some gold! 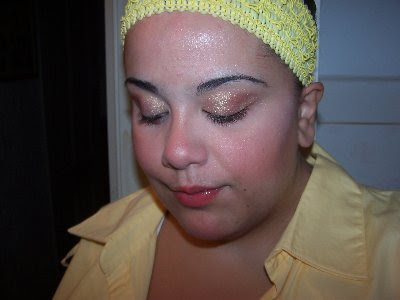 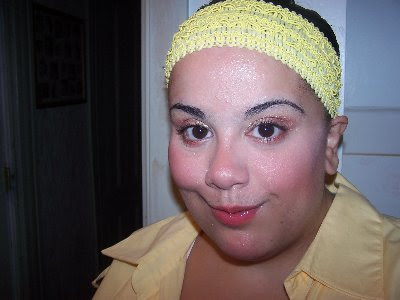 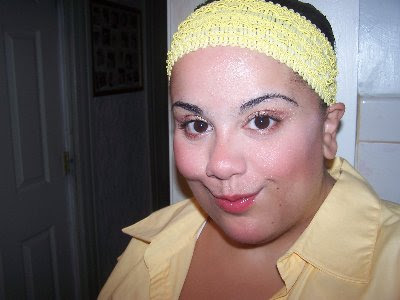 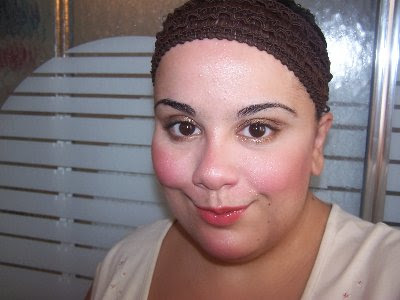 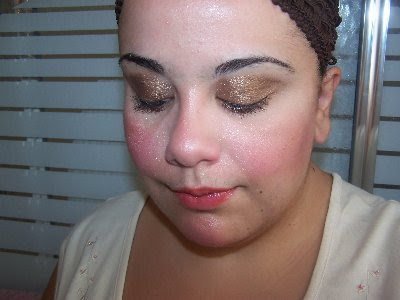 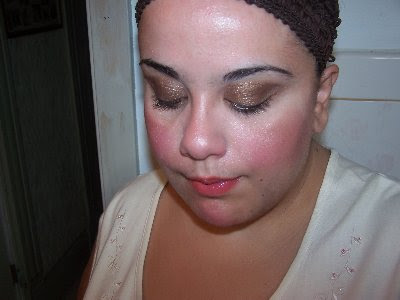 Black Ore creating an unusual effect over some MAC Pigment in Kelly Green! 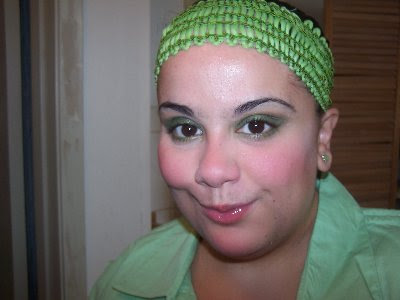 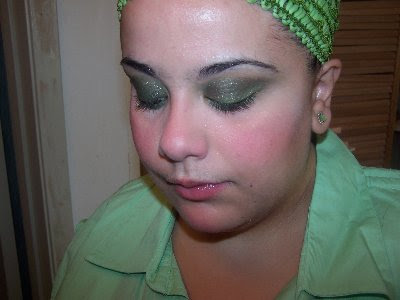 The colors I have are Bronzescape, Black Ore, and Scatterays.

Bronzescape was a brassy, bronze shade that had a faint shimmer of gold, Scatterays is a soft peachy shade with hints of gold, and Black Ore was an off black with gold. All three shades had faint traces of gold that made them extra special. I’m particularly grateful that I don’t have to tuck these away since the Summer is over, they’ll easily work well into the colder seasons for an interesting smoky eye look especially Black Ore. 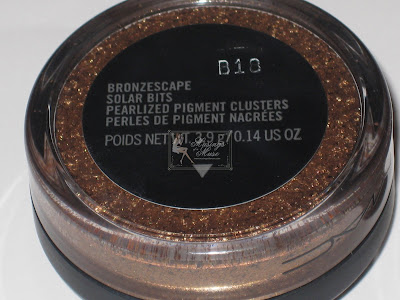 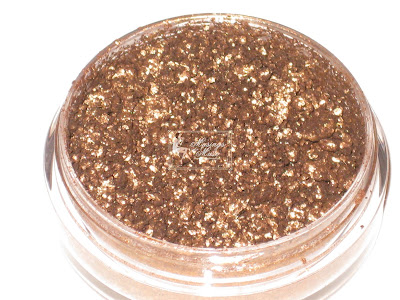 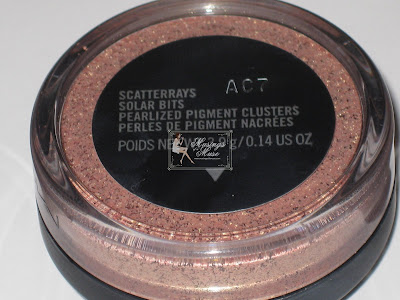 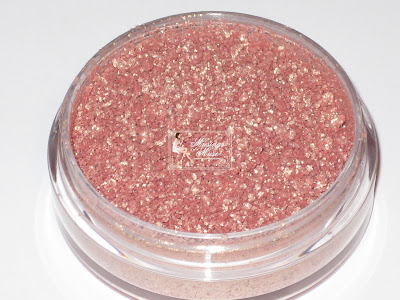 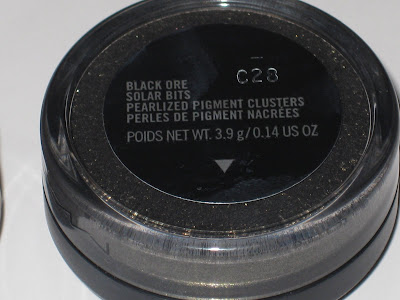 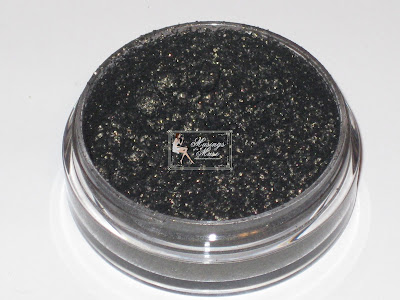 Although Solar Bits LOOK bigger they actually aren’t. Each pot is 3.9g/0.14oz in size where as a standard pigment is 7.5g/0.26oz. Interesting little fact for you there.

Although interesting and unique I wasn’t too impressed with Solar Bits and as I mentioned I did find them a bit of a mess to work with.

I definately liked trying these but I’m unsure if it was the color selection or just the product itself that’s not getting a complete WOW for these!

All in all another interesting offering from MAC.

Did you get these?